REDD+ was conceived primarily as a financial mechanism for reducing carbon emissions caused by forest destruction. 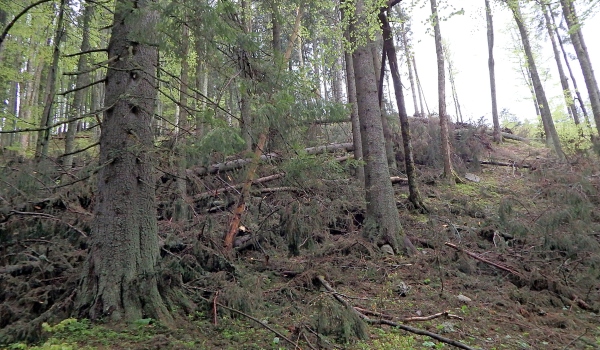 REDD+ was conceived primarily as a financial mechanism for reducing carbon emissions caused by forest destruction. So, logically the negotiations taking place under the United Nations Framework Convention on Climate Change (UNFCCC) have focused increasingly on money. And it appears that quite a lot of it will be available to finance REDD+ schemes.

Yet, just as money alone can’t buy love and happiness, it won’t be enough to save all the forests either, according to three experts addressing “landscape change, forest management and REDD+,” the second main theme of the Oaxaca workshop. In fact, the most serious threat to the long-term success of this new approach, said the first presenter, is not a lack of money but rather the “urgency in spending it and the need to show tangible emission reduction results quickly.”

Because of this haste to implement, he explained, countries may neglect to “build on and learn from previous efforts” and fail to create the conditions – such as secure land tenure and strengthened local capacity – that are necessary if REDD+ is to succeed in promoting sustainable forest management.

Another danger is that, for the sake of expediency, governments might adopt “one-size-fits-all” approaches. The second presenter warned against this – a view strongly endorsed in the subsequent round-table discussions – stressing the need to take into account the diversity of patterns in landscape transformation (which often occurs at the expense of forests) as well as the variety of actors driving these trends in Latin America and the multiple factors prompting them to behave the way they do.

Only in this way, he said, will governments be able to handle hard decisions involving tradeoffs between effectiveness and equity in the implementation of REDD+. In practice this involves a careful balance between investment in areas of high deforestation – caused by the expansion of large-scale soybean production, for example, with large benefits for relatively few people – and investment in areas where deforestation is already low, possibly under the management of indigenous groups, but rural poverty is high.

With or without the financial incentives created by REDD+, it is clear that forest biodiversity provides a vast array of goods and services, including not just timber but tourism and insurance against extreme weather. But if the benefits are so obvious, the third presenter asked, why are the standards and practices needed to improve forest management not being implemented? He listed 10 reasons for this (such as the lack of tenure security and the high cost of improved forest management compared to its benefits) and proposed 8 steps that institutions could take (like appropriate training and pay for forest workers and reforms in the taxation of harvested timber) to improve forest management.

But one is left wondering about the risks of REDD+ schemes paying in haste for something people should already be doing.