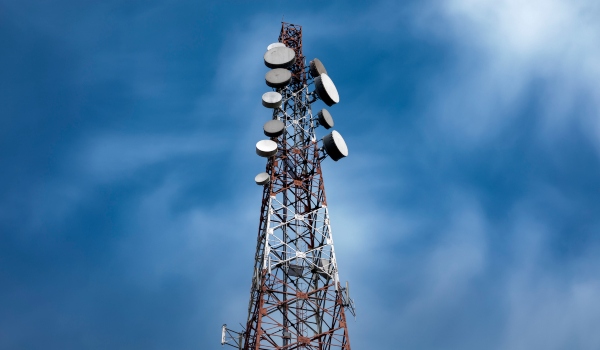 Almost two decades after the authoritarian regime in Indonesia ended, democratisation in the media has yet to reach an ideal situation. Instead, oligarchy in the media industry is strengthening and ownership has been more concentrated on fewer players.

This is not exclusive to Indonesia. We can see similar situations in other countries. Technological developments in communication, which open new information channels, coupled with media oligarchy, have resulted in a surprising turn: decreasing public trust in mainstream media. As a consequence, people find an alternative to access information, which is social media.

In Indonesia, the wave of distrust was palpable during rallies led by Islamists at the end of 2016 to early 2017. Some rally participants rejected journalists from certain media outlets. They even resorted to violence to reject the reporters.

However, the decline in trust in mainstream media has not been followed by growth of credible alternative media. Consequently, most people fall victim to hoaxes. Hoaxes and fake news become easily viral because people tend to seek information that would affirm their own beliefs. Some groupssee this as an opportunity to gain money from producing fake news.

To make it worse, the internet and social media have also empowered media oligarchs. Media owners are more aggressive in buying competitors to expand their media business, integrating with other businesses, and investing in digital media and communication infrastructure.

Some media owners also enter the political arena by forming parties and placing their cadres in governmental positions. Similar to the political realm, media companies increasingly look like a dynasty: slowly inherited to family members.

To understand contemporary Indonesia one must understand how media oligarchy works here. Media oligarchy shapes the news the public consume every day. News have become increasingly biased and partisans. The most obvious examples are news coverage on the presidential election in 2014. Media were between the two rival camps.

Published in 2012, a research by Merlyna Lim recorded 13 groups controlling the Indonesian media. Another research, published in 2013 by Yanuar Nugroho and team, found most of the media were owned by 12 large groups.

The number shrank to eight in Ross Tapsell’s book published 2017. Tapsell said these groups rose under a political system controlled by New Order oligarchs and Indonesian laws are not strict enough to limit media ownership concentration.

The differences in the number of media groups are the result of different methods. Tapsell only counted groups owning news outlets; he did not include Femina Group and Mugi Rekso Abadi Group (publishers of women and teen magazines).

The Indonesian media oligarchs are media owners who began their business from owning a TV station or a print media. With the arrival of digital technology, they began integrating their media into various platforms. Some outlets started to provide room for citizen journalism like Kompas with Kompasiana, Tempo with Indonesiana and Liputan 6 with Citizen Journalism.

Of course, opening up a channel for citizen journalist is fine as an attempt to give public opinion a space. But those channels are now dominated by certain opinion leaders, narrowing the diversity of voices there. There have been incidents where the administrator ban articles by citizens. At the end of the day, the various platforms become more like their hosts, reflecting the interests of the oligarchs.

Experiences from other countries show when media oligarchs are stronger, the players would enter the political arena using their media as the main arsenal. This is especially true in the case of TV station owners.

In Indonesia, more than 90% of the total population watch. When media owners enter the political arena, they do so with business in mind. They can sway regulations to benefit their own businesses. The difficulty in revising Broadcasting Law since 2009 is an example.

The connection between politics, media and business is palpable in the case of Jakarta Bay reclamation. The case has earned a national spotlight in the past two years and two rivals in the TV industry—Metro TV and TVOne—have taken different stances. Their differences are not due to ideological differences but more because their owners are political players in two rivalling camps. In many issues like elections and forced evictions in Jakarta they take opposing standpoints.

News coverage in Metro TV and Media Indonesia newspaper regarding Jakarta Bay reclamation support the project. The owner, media-magnate-cum-politician Surya Paloh is the founder of Nasdem party, which aligns themselves with the government. The group gives a special space for Coordinating Minister for Maritime Affairs Luhut Pandjaitan about the importance of reclamation.

Both outlets publish editorials supporting the project. One of them says: “there is no single reason that can justify to not speed up the Jakarta Bay reclamation”. When the government halted the project, the TV station wrote in their website that the “uncertainty would harm investors” and that reclamation is good for all.

TV One, owned by political rival Aburizal Bakrie, has been critical toward reclamation. When Basuki Tjahaja Purnama, an avid supporter of reclamation, was the Jakarta governor, TV One was critical towards the project. The new governor, Anies Baswedan, wanted to halt reclamation and he got support from TV One.

Another example is the recent spike in advertising and news about a new development near Jakarta, called Meikarta. For two months recently, the advertisement and news about the planned new city appeared daily in national newspapers like Kompas and Koran Tempo. Meikarta’s developer is Lippo Group, which also owns a media group publishing Suara Pembaruan, Investor Daily and Jakarta Globe.

I have sought confirmation on the numbers but Kompas’ chief editor Budiman Tanuredjo said he did not know about ads and directed me to the ad department. I got the same answer from Arif Zulkifli, a top official in Tempo group’s newsroom. I sent emails to both but did not get any reply.

However, one small event caught my attention. Kompas newspaper’s deputy executive director, Rikard Bagun, was present during a ceremony of a tower in Meikarta.

In total in 2017, Meikarta spent Rp 1.2 trillion for advertisement in the television and print media.

The high amount of money going to print media is good news for them, amid the decline in the print media industry where newspapers are collapsing. However, our simple content analysis found that such amount of ads have affected the direction of news about Meikarta. It’s hard to find news that’s critical on the subject. But advertorials are much easier to find. I counted that from October 2017, an average of three advertorial articles appeared in Kompas’s digital arm, kompas.com, every day.

The two cases are examples on how media oligarchy shape the news. The public need policies from the government to free us from another media oligarchy trap enabled by the internet and social media.