Maria is an entrepreneur, a social media influencer, and the founder and manager of MVC Concept, an online fashion magazine. 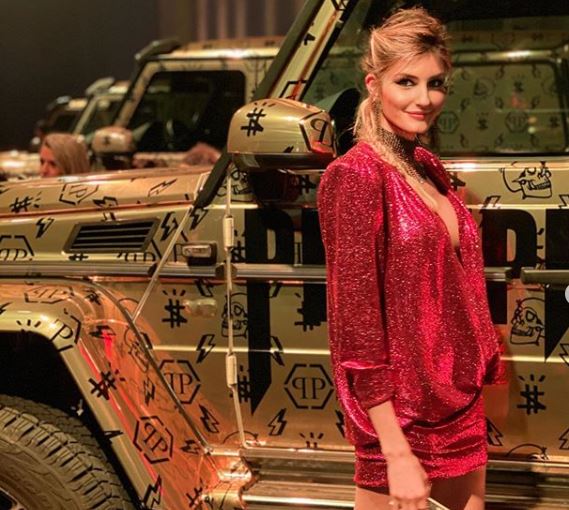 With the Pitti Uomo and London Fashion Week coming to a close, it was time for Milan, the city of glam to glow in full flow. It was time for the designers to come up with their 2020-2021 Autumn-Winter collection. Hundreds of guests attended the Men’s Fashion Week in Milan. Everyone posted thousands of pictures on social media about the types of collections they saw. One of the most notable names on the guest list was Maria Vittoria Cusumano. Maria is an entrepreneur, a social media influencer, and the founder and manager of MVC Concept, an online fashion magazine.

Maria was overwhelmed after attending the Men’s Fashion Week in Milan. In many of her posts, she specifically mentioned about Dsquared2. The fashion week opened with a dashing co-ed show from the Dsquared2 brand. The brand was celebrating its 25th anniversary this year. Maria opened up about how Dsquared2 brought forward its collections that starred in 2000. The show started with a best of video of Dsquared2.

Everyone applauded the four-minute video played right before the models started their catwalk. Maria said it was the perfect prelude to the grand opening. And it was an opening to remember. With a round of supermodels, including Maria Carla Boscono and Naomi, and the world-famous popstar Madonna rocking the stage, no one could set their eyes off from the show for a minute. From R’n’B and funk to music from the 80s, the show had it all. And to everyone’s surprise, even Sister Sledge performed with a collection of her favorite songs, including We Are Family.

Maria, while talking about the clothes on the show, mentioned that her favorite was the low-waist overlapping jeans. She loves high heels and therefore pointed out that both men and women were wearing high-heeled ankle boots. The boots had stitched and overturned rams in various shapes. They looked gorgeous, especially when the models sported them with big-sized revisited fur coats.

Among the many dresses sported during the Men’s Fashion Week in Milan, the ones that caught the attention of Maria are the rubbing coat, micro skirts contrasting men’s maxi sweaters, and the duffle coats. In many of her Instagram posts, she also praised the Canadian-style sculptural jeans.

Maria didn’t forget to highlight the after-show party in Lorenzini. She often posts photos on her Instagram page of the parties she attends. And she didn’t miss the Lorenzini party either. Her photos portrayed the massive DJ set and the gigantic digital wall showing the live coverage of the performance on stage. She met many notable celebrities, such as Valentina Ferragni and her boyfriend Luca Vezil, Barbara Palvin, one of the most popular models and her boyfriend, Dylan Sprouse, and the highly-talented Spanish model and actor, Jon Kortajarena.

Maria’s Instagram timeline shows how madly she enjoyed the Men’s Fashion Week in Milan. With thousands of likes and shares on her posts, it goes to show how her posts go viral within a few minutes.