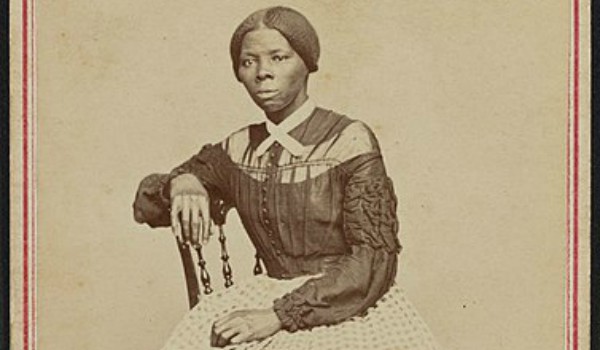 In 2003, the President of the United South End Settlements (USES) instructed me to come for my first Monday of work via Melnea Cass Boulevard. I wasn’t sure though, I thought maybe he’d said Mama Cass Eliot…so I sang Monday Monday, just for good measure:

Monday, Monday, so good to me
Monday mornin’, it was all I hoped it would be

My Dad, who’s 90-years old and in a nursing-home, rubbed his own forehead as if in pain, and groaned when I told him: “Oh I’m a terrible father…Did I teach you nothing? In 1962, I worked with Cass helping people who were losing their housing because of Urban Renewal!”

“Okay Daddy, I was two-years-old! My memory’s not as good as yours.”

Indeed, when I walked in the door of the Tubman House it was a dream come true: There was this larger than life portrait of Mel King- the community organizer who’d led the Tent City Actions. South End residents camped out on the land where homes had been leveled to build a parking garage. The city was forced to reconsider – and built the Tent City housing development instead.

There was this beautiful soft sculpture by Barbara Ward, of Harriet Tubman of which it’s been said:

The commissioned Harriet Tubman sculpture embodies the past, visual simplicity, and reflection upon courage and greatness.

I laughed remembering my first assignment in graduate school. We were supposed to bring in a family picture, but I didn’t have one with me so instead I took this picture from a calendar I had of Harriet Tubman. When it was my turn to present, I said: “Ok, so this is my mother…”

It wasn’t a total lie. My mom used to drop me off at the Public Library to hang out while she had clandestine chemotherapy. Waiting for her to pick me up I’d read the Discovery Book Series about Harriet Tubman –so you can see how I might get confused.

But back to work at the Tubman House. There was a senior program- they had a prom every year. We loved seeing the seniors all dolled up! There was the Kit Clark meal program; the Adult Degree Program, The Computer Learning Center, The Multi-Cultural Aids Coalition. There was Haywood Fennell and The Tri-Ad Veterans’ League; a veterans’ rights advocacy organization where the members incorporate their military skills with program development for educational/cultural programs, particularly around incarceration and HIV/AIDS. His office was right by ours.

Oh, and then the Tenant Development Corporation offices downstairs. At the end of the school year boys loaded on to the buses taking them to Camp Hale on Squam lake in NH, from of The Tubman House, 566 Columbus Ave.

But wait! There was the senior home repair program helping seniors maintain their homes, that was Heidi and Maria. Sometimes we hosted the South End Lower Roxbury Youth Worker Alliance meetings. For one project, he girls in my program painted the lobby furniture – some of it’s still there.

But the history will always be there.

Remember that Pulitzer Prize-winning photograph taken by Boston Herald photographer Stanley Forman? You know the one: a white student attacking Ted Landsmark, a black attorney on his way to a meeting; with the American flag at an anti-busing rally held at Boston’s City Hall Plaza on April 5, 1976.

…the photograph punctured the nation’s comfortable illusion that the struggle over civil rights was primarily a Southern phenomenon, and it crystallized Boston’s reputation as a racist city (The Soiling of Old Glory: The Story of a Photograph That Shocked America (Bloomsbury), by Louis P. Masur.2008)

After getting bandaged up, two days after the attack, he held a press conference at the Harriet Tubman House, which was overflowing with supporters and the press. His his left eye was swollen and bloodshot.

When journalist Larry Tye published his book about the Pullman Porters and their role in the Civil Rights Movement he did a book launch at the Tubman house. I was walking up the stairs to our office and bumped in to Haywood.

Hey Haywood, I need a train song for the girls to sing at this book launch.

He was in a hurry but he sang as he walked: “People get ready there’s a train a-coming…”

Of course, I can be a real idiot sometimes.

So, our music mentor the illustrious Chantel Hampton, from Berklee down the street, prepared the girls to perform at the book launch: “You don’t need no ticket you just get on board.”

Then there was the book reading for A Love No Less: Two Centuries of African American Love Letters. The Girls got to speak with Pamela Newkirk the author, and talk to her about their own writing – to hear how people communicated before there was texting.

In the Arts Incentives Program we worked with young women who’d survived acts of violence and abuse, institutional racism, escaped with their family’s from Africa, Central America, refugees. Girl’s in foster homes, psychiatric diagnoses. Girl’s who needed a trauma informed system of care. We used art as an incentive for them to make healthy choices. Art-making gave them hope for the future. We worked with young women from Tent City and Villa Victoria, Camfield Estates. We worked with the neighborhood Safety Task Force  at D-4 to ensure their safety; Boston Medical Center to keep them Healthy, the Youth Advocacy Program and the EdLaw Project to protect their rights, Berklee, the Community Music School,  the Boston Center for the Arts and the Huntington Theatre, The Greater Boston Food Bank, the YMCA, the Streetworker program, all within a mile radius of The Harriet Tubman House. We were in the community, within the community, we created community. Those young women now in their thirties say: The Harriet Tubman House it saved my life.

The Harriet Tubman house was their launchpoint, their safe haven to go out and participate in local museum programs, concerts at Symphony Hall, the world withheld from them opened up, and they felt safe –anchored in the Harriet Tubman House.

Every three months we had a culminating event where the girls performed, and danced, and displayed their paintings, modeled the clothes they’d designed, and the building would be packed with all our collaborators, the girls friends and family’s cheering them on.

We got a grant to renovate our program space- now you’re taking that non-profit supported infrastructure and putting luxury condos there? Are you going to repay those community residents who paid for those bricks? Do you see the irony?

It was not by chance that Ted Landsmark chose the Harriet Tubman House for his press conference; after being speared with an American Flag. The Tubman house was the matrix, the axis, the hub of the wheel of the community,  the center of operation, but the irony is what he said in light of what’s happening now:

…Such racism has been fueled. By my judgment, by selfish political leaders who have been unable or unwilling to address themselves much more seriously to the hard-core economic and social problems Boston faces. WE continue to need jobs and housing and high-quality education and human decency for all the people of Boston.

It’s nice to make a monument to Martin Luther King, a blockbuster film about Harriet Tubman- but the decent thing to do? Not make her house into luxury condominiums.

The Harriet Tubman house has been a safe haven, with the programs that provide a safety-net for people who our indecent social policies. It is no coincidence that right down the road, on Melnea Cass BLVD the Boston Police Department are conducting “sweeps,” to pick up homeless people. Sweeps they say, as if these people are refuse?

Yes, it’s been a few years since The Arts Incentives Program filled the Harriet Tubman house with the rough and tumble lives of these young women. Today, I consult to the Louis D. Brown Peace Institute where I repeatedly see how displacement, and dis-intergration of community fuels the hopelessness that prompts individuals to believe that their only source of power is a gun. Researchers made a lot of money proving that point. But we don’t need researchers to prophesize the increased violence in the South End if you rob people of their lifeline.

Today I still sing Mama Cass Eliot as I drive to work via Melnea Cass BLVD:

.., Monday mornin’ couldn’t guarantee
That Monday evenin’ you would still be here with me

Monday, Monday, can’t trust that day
Monday, Monday, sometimes it just turns out that way
Oh Monday mornin’ you gave me no warnin’ of what was to be…

What’s it gonna be City of Boston, Committee Leaders, City Council Members, Clergy, Good Citizens…? We’ve no Underground Railroad to save the Harriet Tubman House. Are we going to be slaves to luxury development or are we going to preserve this lifeline to human decency?