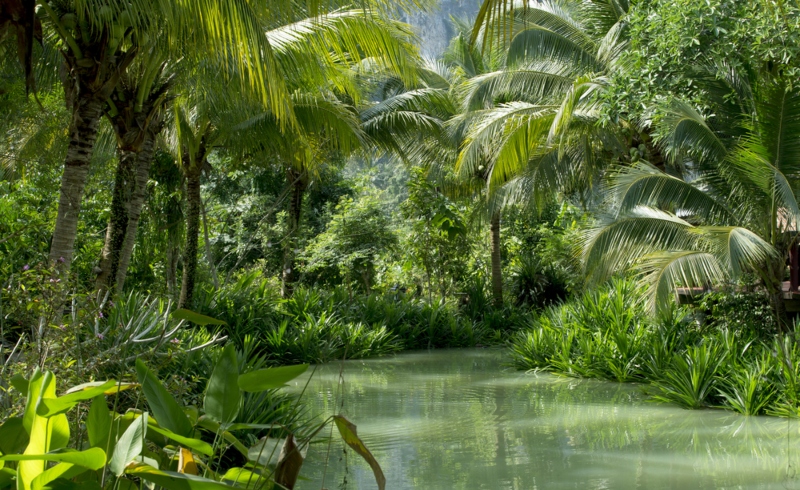 —
Environment campaigners in Brazil say attempts by legislators to reduce the extent of protected land in Amazonia are driven by a determination to exploit the region’s mineral wealth.

They fear that a bill about to be introduced in the national congress that proposes cutting conservation areas in the south of the Amazon region is designed to help the parliamentarians to develop its resources, which include gold, iron ore, cassiterite (the main tin-bearing ore) and niobium (a metal used in many alloys).

If the bill passes, more than 1 million hectares of protected rainforest will be opened up. Four recently created conservation areas will lose 40% of their combined size, down from 2.8m ha at present to 1.8m ha, and one will disappear altogether.

Ricardo Mello is coordinator of the Amazonia programme at WWF-Brazil. He says reducing the green belt that the protected areas provide will jeopardise attempts to slow deforestation in southern Amazonia, kill wild species, cut water resources and increase the greenhouse gas emissions that drive global warming.

Brazil’s environment minister José Sarney Filho is responsible for protected areas, but he was not consulted by the congressmen, who are all from the state of Amazonas. They went instead to Eliseu Padilha, chief of staff to President Michel Temer and the second most powerful man in the Brazilian government, to get approval for their move.

Padilha himself is accused by public prosecutors of illegally deforesting more than 700 hectares within a protected area in the state of Mato Grosso.

WWF-Brazil says the areas in Amazonia earmarked to lose their protected status are – not coincidentally – the location of 155 mining claims that have already been registered with the country’s mining department (DNPM).

Most of the claims are for areas in two national forests, Urupadi and Aripuanã, which would together lose approximately 820,000 hectares. Of the claims, 80% are for industrial goldmining.

The country’s main contribution to the reduction
of climate change, under the Paris Agreement,
is its target of cutting back deforestation. Reducing
the area of protected forest to benefit private interests
directly contradicts this, WWF says

Apart from damaging the environment, WWF says the bid to open protected areas to mining opposes the direction of local development in the Amazon. “It will leave a trail of deterioration in the conditions of the local population, with violence, human exploitation, prostitution, land conflicts, the violation of indigenous rights, and the contamination of water and food,” says WWF.

Conservationists say the standing forest benefits the Amazon economy far more than logging and mining. They want proposals for development based on forest products to be debated with local communities by the politicians, instead of a bill that could set off a gold rush and would benefit only a handful of people, including the legislators themselves.

Congressional approval of the bill would also send the wrong signal to the other states in the Amazon region, that control over deforestation is being relaxed, WWF says, and that would compromise Brazil’s international commitments on climate and biodiversity.

The country’s main contribution to the reduction of climate change, under the Paris Agreement, is its target of cutting back deforestation. Reducing the area of protected forest to benefit private interests directly contradicts this, WWF says.

It is not only the congressmen’s initiative that seeks to exploit Amazonia’s minerals. The federal government is also proposing a new general mining law that would open up 10% of all national parks and conservation areas to mining, comprehensively weakening its own aim of protecting biodiversity, water sources and other environmental benefits.

Mining can alter river courses, contaminate water and destroy primary forests. And mining projects do not happen in isolation. They involve access, and therefore the building of roads. Once there are roads, loggers, ranchers and farmers follow, and deforestation ensues.

The impact of the proposed mining may not be limited to Amazonia alone. Scientists from Brazil, France and Germany have produced evidence showing that Amazon deforestation is affecting the climate beyond Brazil’s frontiers.

Writing in the Scientific Reports journal, the scientists, from Germany’s Potsdam Institute for Climate Impact Research, the Ecole Normale Supérieure in Paris and Brazil’s University of São Paulo, say the deforestation of 700,000 sq km in the Brazilian Amazon has destabilised rainfall and caused droughts in the country.

Henrique Barbosa, a co-author, says their work also shows the effects of deforestation on the emission and retention of gases and the evapotranspiration that is responsible for the rains that fall on both the Amazon and other regions. – Climate News Network