It is only when we are at our lowest do we realize the true power and strength of our family and close ones. In the wake of the COVID-19 pandemic, it’s not just the entire nation, but the whole world seems to be fighting an outbreak like never before. These are truly the times when we rely most on our family and dear ones. In the middle of the lockdown and social distancing, people are trapped inside their homes and looks like everyone is taking a sabbatical from the outside world. Sisters are getting to bond with each other, couples are enjoying quiet cozy time cooped up in bed binge-watching their favorite TV shows, and parents are getting to spend an indefinite amount of quality time with their kids. And while we cannot deny that there are pros and cons to this situation, looks like Tollywood’s it couple, Yash and his better half, Radhika is having a gala time with their adorable one-year-old. 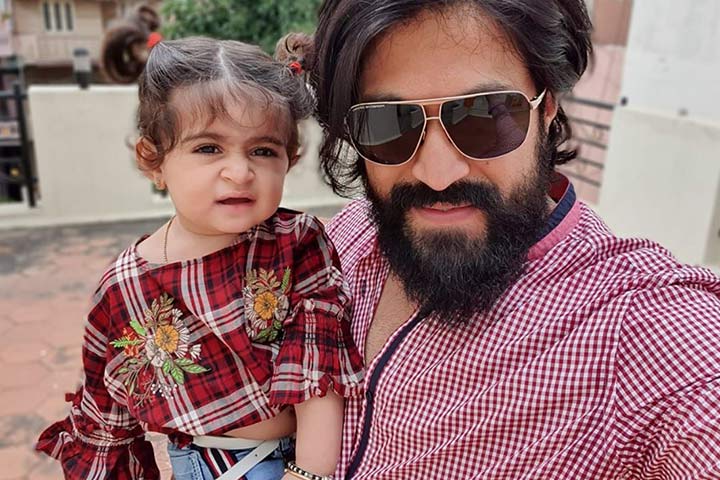 But before we jump into the topic, let’s jog our memory about their cute love story. They have one of the most romantic backstories as the two were friends before tying the knot. They hit it off and eventually became best buddies. Soon, the two realized their love for each other and they fell head over heels in love with one another. In 2016, the couple decided to take their relationship one step ahead by making things official, and the two got hitched. Two years later, the family of two became three when they welcomed their little girl Arya into the world. A year later, they welcomed their second child, a baby boy in October. With the current lockdown and home quarantine, kids are making the most of their time. While a few are missing school and their friends, others are just relieved to be spending time at home with their family. And looks like Yash’s little one Arya is totally loving the time she gets to spend with her dad. A few days ago, the actor took to his social media to post a video with his daughter where she can be seen serving him food, unlike the other way around. The video was captioned as ” And I surrender…❤ P.S ” Perks of home quarantine ” my t-shirt doesn’t agree though. Stay safe everyone”. The dad-daughter video which was posted two days ago garnered lots of love from everyone as it got over a million views and thousands of comments.
Take a look at the adorable video below:

A few weeks back, the couple had paid a visit to Srikanteshwara temple along with their daughter for her mundan ceremony. The actress and mother shared a picture of the three after the ceremony where Arya can be seen sporting a clean-shaven head. In her post, Radhika revealed that her daughter stayed calm throughout the hair cutting ceremony surprising her, and it was indeed Radhika who freaked out the most. She had described her daughter’s head as “totally kissable” and rightly so as we totally dig the photo of Yash planting a kiss on her daughter’s newly shaven head. 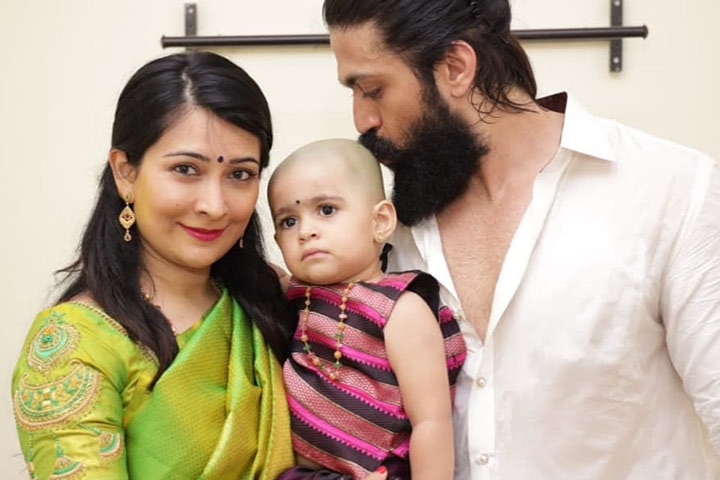 Previously in an interview, Radhika talked about her decision of not hiring a nanny to look after her kids. The actress stated that she was clear about this decision right from the beginning and is proud to call herself a hands-on mom. She further revealed that there are nights she finds it hard to keep her eyes open when her daughter refuses to go to bed. But she says that Arya’s naughty smile makes all of it worth it.

What do you think of the cute video of the father-daughter duo? Let us know in the comments.