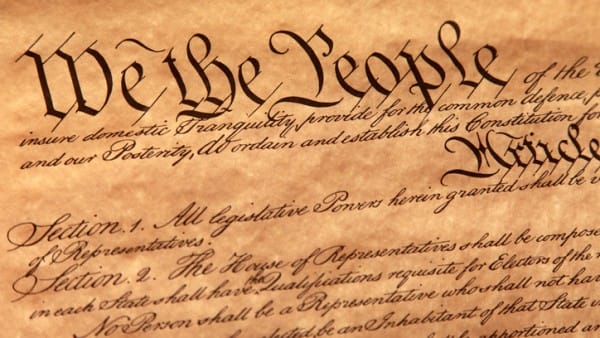 Everybody understands the danger of atomic weapons, excepting those who disdain history like Donald John Trump or have had their head in a bucket since WWII. Those films of the aftermath of Hiroshima and Nagasaki were made for a salutary reason just like the films General Eisenhower ordered be made of the Nazi death camps. Denial is more than dumb; it’s destructive.

The danger of free speech requires a dictator to understand beyond academic abstraction. Would it be tacky to point out that the atomic bomb was an academic abstraction for many years before the first chain reaction was called into existence in a squash court at the University of Chicago — over the objection of some who questioned whether it could be controlled?

It’s fair to ask, if speech is harmless and futile, then why do we protect it? Stanley Fish was right when he argued there’s no such thing as free speech, because there are exceptions you could drive several trucks through. Of course, he agrees with most of the exceptions and I don’t. I believe the Constitution is a suicide pact.

The only written proof goes back to the Declaration of Independence, which lists off a bunch of claims that were not at all recognized in the laws of most nations but ended,

we mutually pledge to each other our Lives, our Fortunes, and our sacred Honor.

But wait! There was no Constitution and there was no Bill of Rights then.

True enough, but don’t forget that the major argument against the Bill of Rights was that, should it be enacted, it would enable the false claim that it enumerates all the rights we have. It was to quiet that objection among people jealous of their rights that the 9th Amendment was included:

The enumeration in the Constitution, of certain rights, shall not be construed to deny or disparage others retained by the people.

I should apologize for extending this historical quibble. First Amendment law does in fact admit a number of exceptions to the right of free speech, but my purpose is to point out that the “suicide pact” argument virtually always arises in a free speech context.

I think Vladimir Putin knows this, because it’s plain from our recent relations with Russia that Putin knows a lot more about how our government works than the man who is supposed to be in charge of it.

We have been attacked by Russia in the most significant (so far) modern instance of cyber-warfare. Russia attacked voter databases in all 50 states; how many times they got in is unclear and what they did while in the ones they entered is also unclear. This is why the legislation blocked by Moscow Mitch McConnell is so important to the 2020 elections.

I refer to the proposed federal paper trail requirements. Hacking in is already illegal, but the magic of cyber-warfare is it does not require physical entry into the jurisdiction you intend to harm. This makes prosecution difficult, but we can at least act to limit the harm.

The Robert Mueller alleged witch hunt found a lot of witches. Some of the redactions involved pending cases we don’t know about, so it could be that there are some witches who will be arrested the next time they set foot in the U.S. or in any country with an extradition treaty with the U.S.

There are also a number of witches we do know about but can’t reach because they are in Russia or some other country to which U.S. law does not extend. The ones we know of at this time are:

Konstantin Kilimnik, who is allegedly tied to Russian Intelligence, has been indicted for conspiracy to obstruct justice and obstruction of justice, but the capias has not been served because Kilimnik remains outside the U.S. and countries with extradition treaties with the U.S.

Kilimnik and Yevgeniy Prigozhin are the big fish, but a total of 13 Russian individuals and three Russian organizations have been charged with conspiracy to defraud the United States for their alleged roles in the creation and operation of the Russian bot armies deployed for the purpose of turning Americans against each other. Only one of the sixteen, Concord Management and Consulting, LLC., has appeared through counsel and pled not guilty. It is vigorously exploiting the discovery process to learn as much as is permitted about U.S. defenses.

Prigozhin was in charge of the money and is alleged to be an associate of Putin. The U.S. part of the operation had a budget of over a million dollars a month, so it’s hard to see how Prigozhin could pay the bills without the Russian government and in an autocracy than means Putin.

Other witches that have been arrested and either tried or are awaiting trial:

Paul Manafort, Donald Trump’s campaign chairman pled not guilty on the first set of charges, went to trial and was convicted enough times that he pled guilty to the rest and agreed to cooperate with the Special Counsel. That agreement fell apart when he was caught lying and he is currently serving what is likely to be a life sentence unless Trump pardons him.

Rick Gates, deputy to Manafort on the Trump campaign and long time business associate of Manafort. Pled guilty to conspiracy against the United States and lying to the Special Counsel and cooperated. Not yet sentenced.

Lt. General Michael T. Flynn was Trump’s National Security Advisor until his ties to Turkey and to Russia came to light. He has been convicted of lying to the FBI based on his guilty plea but not sentenced. He has fired his lawyer and retained a Fox News commentator. It is widely speculated that she will advise him to withdraw his guilty plea if the court permits it.

Roger Stone is a long time GOP political trickster and advisor to Mr. Trump. He is indicted for lying, obstruction of justice, and witness tampering, and awaits trial.

Michael Cohen was Mr. Trump’s personal lawyer from 2006 to 2018 and vice president of The Trump Organization. He was convicted of lying to Congress, tax fraud, bank fraud, and campaign finance violations based on his guilty plea and, in his allocution, made Trump an unindicted co-conspirator for whose benefit Cohen made unreported payoffs to women in exchange for their silence. He has been disbarred and is currently in prison.

George Papadopoulos was a foreign policy advisor to Mr. Trump. He was convicted of lying to the FBI based on his guilty plea and he had served his time.

Alex van der Zwaan was convicted of lying to the Special Counsel about his contacts with Rick Gates for the purpose of disseminating derogatory information about the anti-Russian leader in Ukraine when Gates was still Deputy Campaign Chairman of the Trump campaign. He pled guilty and has served his time.

Richard Pinedo was indicted for selling bank accounts with false names to Russians who used them for the Internet Research Agency, operator of the Russian troll farm. Pinedo pled guilty to identity fraud and has served his time.

In addition to wasting time on this witch hunt, Mueller stands accused of wasting money. Pollitifact estimated Mueller’s team will have spent about $34 million when all the bills are in.

CNBC reported that Paul Manafort has been ordered to forfeit real estate and cash accounts valued between $42 and $46 million. Other convicted witches will be chipping in $1.9 million. Just from forfeitures ordered to date, it would appear that the Mueller investigation may turn a profit.

It is possible that more money could be taken in from witches still at large, but it does not sound likely. I will list the other individual defendants in case you get a chance to turn in one or more of them: Boris A. Antonov, Dzheykhun Aslanov, Dmitriy S. Badin, Anna V. Bogacheva, Maria A. Bovda, Robert S. Bovda, Mikhail L. Burchik, Mikhail I. Bystrov, Irina V. Kaverzina, Anatoliy S. Kovalev, Nikolay Y. Kozachekn, Aleksandra Y. Krylova, Aleksey V. Lukashev, Artem A. Malyshevn, Sergey A. Morgachevn, Viktor B. Netykshn, Aleksandr V. Osadchuk, Vadim V. Podkopaev, Sergey P. Polozov, Aleksey A. Potemkin, Gleb I. Vasilchenko, Vladimir Venkov, and Ivan S. Yermakov.

If the Special Counsel is raking in so much dough, then what’s this about the Constitution being a suicide pact?

The problem is how to protect our elections in the future.

And a standing problem is the election of 2016. As more has come out about Russian interference — the latest information being that they attempted to break into the voter databases in all 50 states — Donald Trump’s nightmare came true. The election was so close and the interference so widespread, we can’t have confidence in the result of the election. And Mr. Trump is still president.

Suppose there is a meme going around that disparages one of the candidates. Suppose we know the Internet Research Agency did it.

How do we get it down and keep it down consistent with the First Amendment? Notice I did not say whether it is true.

The theory of our suicide pact, I mean Bill of Rights, is that the government does not get to tell us what is true. Determining the truth or falsity of an argument made in connection with an election is the quintessential duty of each individual citizen.

“An argument made in connection with an election” is really beside the point. We are focused on election security for good reason, because in 2016 Mr. Putin had an interest in the outcome. He had an ongoing feud with Hillary Clinton that he would probably claim she started when she sided with the Ukrainian opposition against a thoroughly corrupt pro-Russian administration.

While Donald Trump is easy to manipulate, Mr. Putin would throw him under the bus for a very small political return. 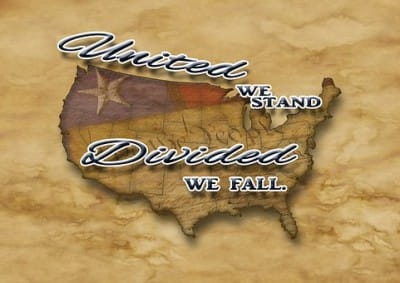 To Putin, our elections are not the point. He is an autocrat and autocracy cannot share the world with democracy. The work of the Internet Research Agency peaks around election time but it never ceases. The purpose is to drive a wedge into every division in American society and pound on all those wedges.

Mr. Putin is interested in dividing us more dramatically by race, by sex, by class, by geography, and in every other manner that offers the chance of stirring anger. When divisions get to a certain point, democracy cannot function.

We know why Mr. Putin wants to exacerbate divisions. His goal is destruction.

I have just described how Mr. Trump campaigns. One of the many political campaign truisms he upended was turning the goal of addition into subtraction, catering to the worst in his base rather than expanding it. What is his goal?

This post was previously published on Medium and is republished here with permission from the author.