American recyclers have been forced to do more of the processing of plastics themselves now that it’s not so easy to outsource it to foreign markets in China, Malaysia and elsewhere. 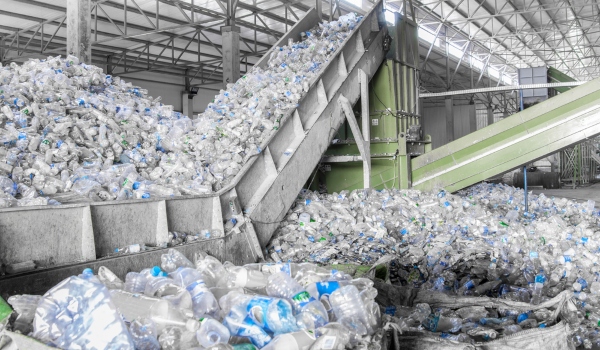 The short answer is yes, it’s still worthwhile for us to recycle, even if it’s not as easy and more expensive than it used to be—especially when you consider the costly and environmentally dubious alternative of creating new products out of all-virgin materials. That said, China’s decision to stop accepting most recyclables from other countries beginning in January 2018 did send shockwaves around the world. For the previous 25 years, China was gladly importing more than half of the world’s plastic garbage for reprocessing into new products.

It seemed like a win-win situation, but the Chinese started to tire of dealing with a deluge of soiled recyclables from abroad. Also, years of economic growth and rising consumption means the Chinese are now producing plenty of waste on their own; they no longer need to rely on waste imports to keep their recycling plants humming. It’s for these reasons that the Chinese government invoked its “National Sword” policy, banning the import of 24 types of solid waste and setting a much tougher standard for contamination levels on the recyclables it would accept. Waste handlers in the U.S. and other developed countries where landfill space is short were left in the lurch and forced to rethink how to move much of their “feedstock” along now that China is no longer willing to take it.

In the meantime, a few Southeast Asian countries (Malaysia, Thailand, Vietnam, Indonesia and India) stepped up to fill the void by taking larger loads of our waste. But poorly run waste management practices and lack of government oversight lead to conditions where only about 10 percent of potentially recyclable waste sent to these countries gets recycled. According to a recent World Bank report, much of what doesn’t get recycled ends up in “unregulated dumps or is openly burned…[creating] serious health, safety and environmental consequences.” But more recently, many of these countries are now following in China’s footsteps by tightening up their own rules about what kinds of waste they are willing to accept.

These changes have put some U.S.-based recyclers out of business, but it may have strengthened those left standing, since they have been forced to find new ways of dealing with the waste streams they are responsible for collecting and processing. Instead of shipping it all off, they are recycling as much as possible themselves. While China’s “National Sword” program may have been a headshot to the American waste industry, the result might just be a greener, cleaner, more self-sufficient United States.

American consumers and businesses can help bolster recycling efforts by sorting waste appropriately—don’t mix soiled food containers in with recyclables, keep non-recyclable plastics out of the blue bins, etc.—and encouraging friends and neighbors to do the same so that more of what we do discard can live another day and provide other consumers with a guilt-free way to enjoy whatever came in that plastic bottle or cardboard box.

Previously published on earthtalk.org and is republished here under permission.
—