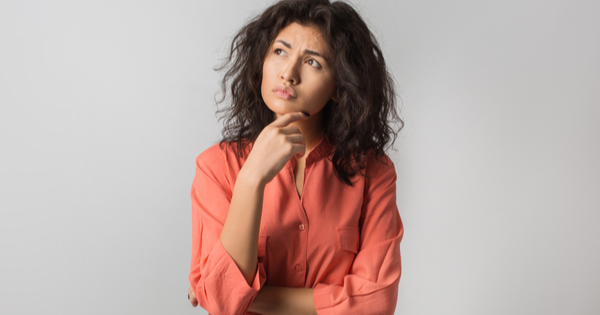 Several months ago I met my boyfriend at a party and we really clicked. He asked me out and we’ve dated since then. He treats me very well. A few months after we started dating, he told me he thought he might be bisexual. He said he’s never been in a sexual relationship with a man, but he admits to having erotic fantasies when in the presence of attractive men our age. He admits those attractions are growing stronger. He vacillates between wanting a relationship with me and exploring his same-sex attractions. He doesn’t want to commit to me “until I understand my sexuality better.” Should I try to encourage him to stay with me or set him free to explore his sexuality? Am I being too old fashioned?

First let me say that most people who are bisexual will tell you that just because they’re bisexual doesn’t mean they cannot be monogamous. If you read through the comments on my essay “The Messy Realities of Bisexuality,” you will find many who say that whether you are bisexual or heterosexual, everyone experiences attractions to people outside their primary relationship. But we also have a choice: to control those desires or act on them. Bisexual people are no more promiscuous in their sexual behavior than heterosexuals. But heterosexuals aren’t all that good at monogamy either.

The good news here is that he is being (somewhat?) honest with you about these feelings he’s having and that you are giving this some serious thought. Your comment seems to be suggesting that you’re wondering, “Is this enough for me?” In the comments on the previously mentioned essay, you will find that many people when early in their relationship were told about their partner’s same-sex desires, they dismissed it thinking, “Once he (or she) has a stable sexual partner, we can fix this problem.” Most felt angry and betrayed because they later found they could not fix it.

In the book Everybody Lies: Big Data, New Data, and What the Internet Can Tell Us about Who We Really Are, the author reveals that significant differences exist between what people say they do and what people actually do; he writes that Google searches give a far more accurate picture of sex than what people report. In the privacy of their keyboards, people confess fantasies they wish they didn’t have and are uptight talking about with others for fear of the imagined or real-life consequences for their desires. Here are two of his many findings:

Your boyfriend describes himself as bisexual. That might mean any one of the following: he’s attracted to men, he has fantasies about men, he sometimes has sex with men, or he truly believes that he is bisexual. For my purposes, a gay or bisexual identity occurs when a person is willing to say to at least one other person, “I am gay/bisexual. This is who I am now, and this is who I expect to continue to be. ” Some people who are confused and searching for an answer will describe themselves as bicurious or questioning, indicating that they haven’t resolved the question for themselves.

According to GLAAD’s definition of bisexual, “People may experience [same sex] attraction in differing ways and degrees over their lifetime. Bisexual people need not have had specific sexual experiences to be bisexual; in fact, they need not have had any sexual experience at all to identify as bisexual.” Your boyfriend may not have had any same-sex experience and still have a consistent belief that he is bisexual. Alfred Kinsey’s studies in the 1940s found that over one-third of men had had sex with another man to the point of orgasm, so bisexual fantasies and behavior are much more common than many people think.

But my question is more about you than your boyfriend: Is this enough for you? I wrote about a similar situation in “My Husband Is Having an Affair . . . With a Man.” If his desires remain relatively constant, can you accept that without feeling that somehow you’re not enough for him? Can you accept him if he sometimes acts on these desires? (It’s never been so easy to cheat or so difficult to keep the cheating a secret.) Do you trust him? Does he trust you enough to be open with you about what he’s experiencing? Is he enough for you, given what you know now? These questions are important in all relationships—gay, straight or bisexual.