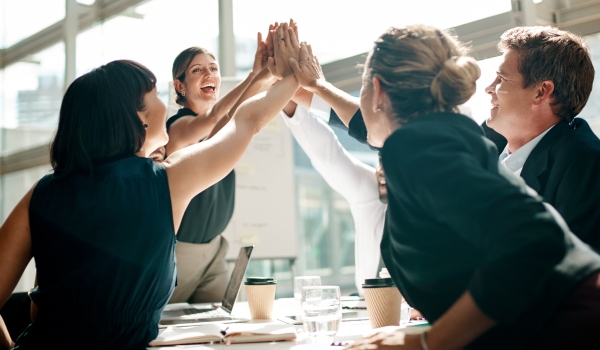 After outnumbering Thailand in academic publications for the first time, Indonesia is upbeat that it will catch up with its more productive neighbours, Singapore and Malaysia, in 2019. However, in 21st century, the science world needs more collaboration than competition.

To measure Indonesia’s academic achievement, the Ministry of Research, Technology and Higher Education and several universities pays a lot of attention to publications indexed in Scopus (one of the largest academic databases) and world university rankings.

In August this year the ministry announced with delight that, for the first time, publications by Indonesian academia (9,349 publications for Indonesia and 8,204 for Thailand as of the July 31, 2017) outnumbered those by Thailand academia. Now, Indonesia sits in the third position in the ASEAN, behind Malaysia and Singapore.

Whether or not Indonesia can retain this recent third position until the end of this year remains to be seen. However, the ministry is upbeat Indonesia will soon catch up and outnumber Singapore, which is currently No. 2 by number of publications, and by the end of 2019 it will pass Malaysia and be No. 1 in the ASEAN.

The data cited by the ministry was not bad at all. We should praise and be proud of it. Yet, we also need to critically assess it.

Looking beyond numbers of documents

Interestingly, citation-wise, Indonesia ranks even lower than Vietnam, which has less publications than Indonesia (5,563 in 2016) but more citations at 4,970.

There are various reasons why published work may or may not be cited. As a rule of thumb, citations indicate the relevance of the published work to the work of other scholars. The data from SCImago shows Indonesia’s citation is far behind Thailand, Singapore and Malaysia.

The data suggests it’s important for Indonesian academics to put more effort into getting their publications cited by other academics. Indonesia needs to publish more, and publish research more relevant to other scholars.

The other three countries do not have any universities listed in the top 100 but Malaysia has nine in the whole list and one of them is in the top 400.

Thailand has ten universities in the list, one of them in top 600.

Three of Indonesia’s most reputable universities – Institut Teknologi Bandung, Universitas Gadjah Mada and Universitas Indonesia – are within the top 1,000 and Institut Pertanian Bogor is in the list’s 1,000+ band.

Times Higher Education’s Young University Rankings lists only the top 200 universities, under 50 years old. In 2017, this list recognised one Singaporean university, six Malaysian universities and one in Thailand. Sadly, Indonesia is not on the list.

Times Higher Education world university rankings show that Indonesia not only needs to beat just the number of publications by Malaysian or Singaporean academics in 2019 but also the relevance of their research.

The century of collaboration for science

The ministry has tried to incentivize scholars with money to publish more scientific papers, but Indonesian academics need to go further than that.

Research finds 21st century science is about working with researchers from different disciplines and even public stakeholders. This sort of collaborative approach can be the basis of which to improve Indonesia’s higher education practices. This cooperation facilitates a shared vision to address complex challenges better.

Other research shows publications authored by teams of researchers have been more frequently cited and had a greater scientific impact since 1960s, compared with publications by a single author.

These studies – both written by teams – argue for team work, saying it is increasingly significant in producing knowledge.

The higher education ministry needs to place a greater focus on enhancing team-based research and pursuing collaboration between Indonesian researchers and foreign researchers, especially from countries or universities that have a strong reputation in scientific publication.

Data from SCImago below shows the percentage of academic articles from Indonesia written by authors from more than one country keeps falling while Singapore’s going up.

The collaboration should be between Indonesian and foreign researchers to avoid insularity.

Indonesia may need to start with its neighbours. Indonesian academics may not need to compete with Thailand, Singapore and Malaysia. What they should do is to collaborate with them.