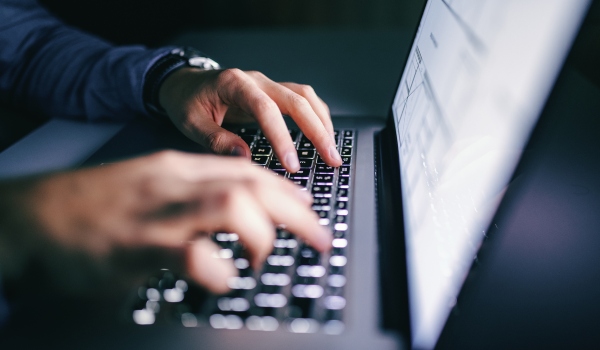 Indonesia’s President Joko “Jokowi” Widodo plans to overhaul his cabinet ahead of his second term. This includes setting up a new ministry to oversee the digital and creative economy.

Indonesia is not alone in planning to establish a dedicated digital ministry. African countries, like Benin, Mali, Togo and Ivory Coast, are doing the same.

Indonesia will be following in the footsteps of industrially advanced countries such as the United Kingdom, France, Greece, Russia and Poland that already have digital affairs ministries.

Indonesia needs a ministry for digital affairs for several reasons. We argue that the following are the main ones.

Indonesia has the world’s fifth-highest number of internet users.

Management consulting firm McKinsey predicted that if Indonesia embraces digitalisation its economy can grow by US$150 billion – 10% of its Gross Domestic Product – by 2025.

… and so are problems

Cybercrimes, from the proliferation of malware and online fraud to pornography, are rampant and little effort has been made to address them.

Indonesia also suffers from a digital talent gap: not enough people have the digital work skills to meet the demand from the labour market.

Indonesia’s Communication and Information Technology Ministry said the country would require 650,000 digitally skilled talents each year. Thus, between 2015 and 2030, there will be a shortfall of 9 million digital talents.

The country is also struggling with a lack of technological development.

Another issue is the need to govern cyberspace. After the deadly mosque shootings in Christchurch, in which the killing of 51 people was streamed live online as well as shared thousands of times, the international community is trying to regulate cyberspace.

The first attempt was through the Christchurch Call. This initiative calls on signatory nations to adopt and enforce laws that ban the spread of violent content and set guidelines on how traditional media can disseminate such information.

As Indonesia recently signed the pledge, the country is expected to have capable representatives in the respective field to preserve its national interest.

A digital affairs ministry can assist the Indonesian government in addressing the issues above.

Indonesia does not have an integrated digital strategy on internet governance.
The UN’s Working Group on Internet Governance defines internet governance as the development and application of principles, norms, regulation and policymaking processes by the government and private sectors to govern the digital sector.

Indonesia has 34 ministries, but very few of them are addressing digital issues.

The few initiatives that exist, such as the Ministry of Industry’s Making Indonesia 4.0 and Communication and Information Technology Ministry’s Digital Talent Scholarship, have no coherence. This reflects the country’s unclear policy and management on digital issues.

Ministries have yet to consider digital transformation issues, such as the lack of digital talent in their sectors, as requiring special attention.

This has resulted in several ministerial-level issues, e.g. personal data protection, that have been left unattended, or, when they are attended, are done poorly.

Indeed, the Communication and Information Technology Ministry has tried to address these issues by establishing the Directorate General of Information Applications.

However, the directorate general has only focused on regulating the dissemination of information, data privacy and issues related to the use of e-commerce platforms. Its focus is on regulation issues and the building of communication infrastructure.

Meanwhile, other institutions focus on supervising digital economy sectors. These include the Financial Services Authority. This body handles fraud in financial technology (fintech) business by issuing its own regulation on digital financing innovation.

A future digital affairs ministry should cater to issues beyond the above.

It may address sidelined issues, such as the availability of digitally skilled workers, national capability and cybersecurity frameworks, and digital governance.

It can also present itself as an enabler for other ministries to develop and implement their policies on digital issues by playing a consultancy role.

If Indonesia can tap into the growing potential of digitalisation and tackle mounting issues, it may reap the perks of digital transformation – increased goods production and ease of communication, among others – without having to worry about the risks, including those around an unskilled workforce and personal data security.

This post was previously published on [Website Name] and is republished here under a Creative Commons license CC BY-ND 4.0.
—

This post was previously published on [Website Name] and is republished here with permission from the author.