Real climate crisis action will mean burning far fewer fossil fuels like coal, oil, and gas. But changing our energy systems to reduce carbon pollution is, quite simply, not enough. 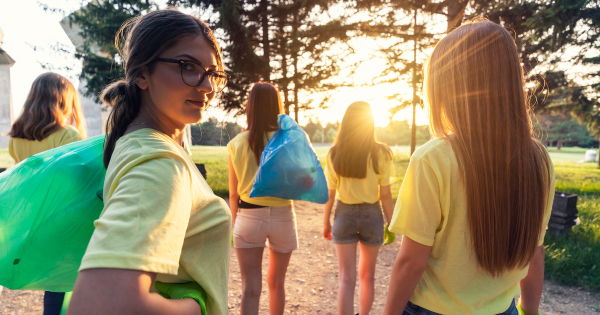 At the United Nations Climate Change Conference in Paris last year, the world’s governments agreed to work to keep global temperature rise well below 2 degrees Celsius. The agreement sought to address a clear, urgent problem: Over the past 150 years, concentrations of carbon dioxide (CO2) in the atmosphere have increased by 40 percent. Twice as much CO2 was added to the atmosphere in the past 50 years as in the previous 100—putting our planet at grave risk.

The Paris Agreement formally into effect [November 4, 2016]. Now comes the hard part: putting it into action. Real action will mean burning far fewer fossil fuels like coal, oil, and gas. But changing our energy systems to reduce carbon pollution is, quite simply, not enough. To meet the Paris targets on time, we also need to protect and restore our forests so they can suck much more CO2 out of the atmosphere. If we don’t, it will be practically impossible to cut our fossil fuel use quickly enough to keep our climate stable.

It’s easy to foresee a situation where we reach a tipping point, and the shifts in the climate build on each other and spiral out of control. Indeed, if we keep increasing CO2 levels at roughly the current rate, we will reach the 2-degree threshold in just 20-25 years. We can’t let that happen. We need to buy time while we change the policies, do the research, and make the investments that can stop and ultimately reverse rising temperatures.

And that’s where forests come in: The Woods Hole Research Center (WHRC) recently concluded that if we stop tropical deforestation and restore forests, we can extend the deadline for abandoning fossil fuels by 10 or 15 years. We would still have just a few decades to transition from fossil fuels to renewables—but the extra time could make a real difference. 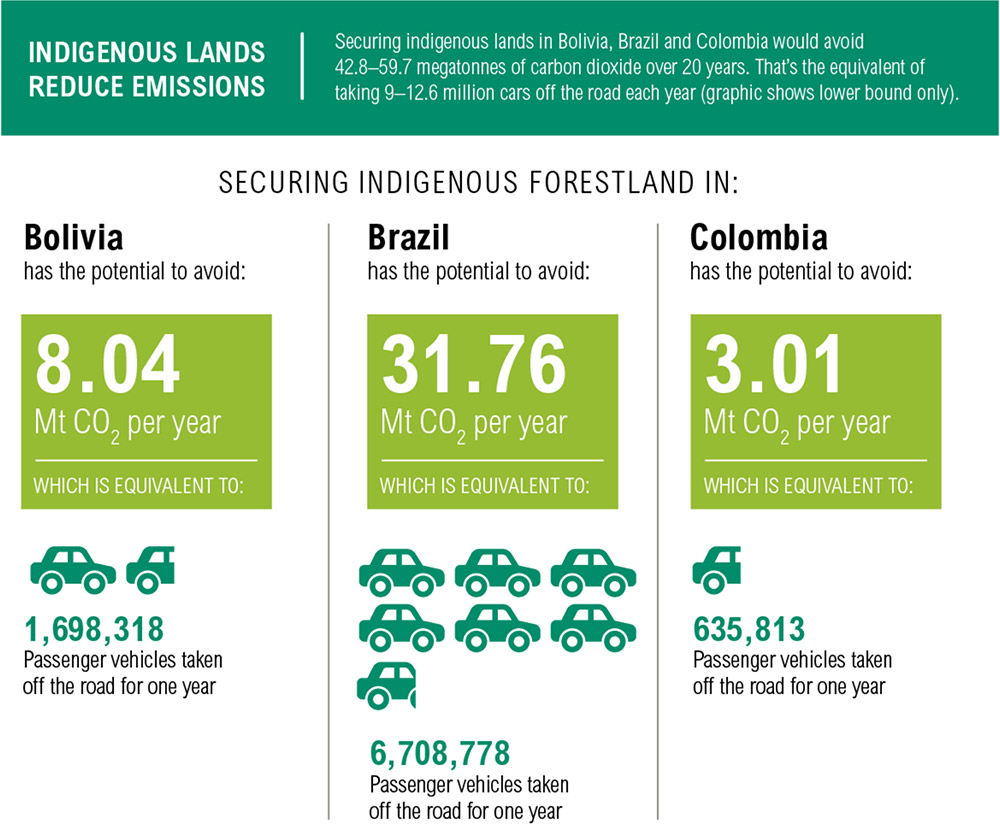 Indigenous peoples and other traditional rural communities manage a large share of the world’s tropical forests and lands. But many of those communities lack formal rights to those lands, making it much harder for them to defend their forests from outsiders who seek to destroy and use them for profit. By helping these communities secure property rights and manage forests well, we can help reduce CO2 emissions and remove carbon from the atmosphere—slowing climate change in two ways at once.

In a recent study, the World Resources Institute (WRI) found that in the Amazon regions of Bolivia, Brazil, and Colombia, in territories where indigenous peoples held titles to their land, deforestation rates were two to three times lower than in areas with similar forests. WRI estimated that the total climate change benefits of providing secure property rights to the indigenous territories in these three countries were somewhere between US$25 billion and US$34 billion—the equivalent of taking between 9 million and 12.6 million cars off the roads for one year.

WRI also found that the cost of providing secure tenure for forest communities was surprisingly low, ranging from $6 per hectare in Colombia to $45 per hectare in Bolivia, and $68 per hectare in Brazil. That’s less than 1 percent of the total estimated benefits, and far less than the cost of many other climate options. So secure rights for forest communities is not just an effective climate solution—it is also a cost-effective one. This cheap, potent approach to fighting climate change is clearly what the world needs right now, yet it hasn’t gotten nearly the attention it deserves.

On the frontlines of fighting climate change

Clearly, the well-being of forests makes a difference to all the world’s people, whether we live on forested land or far away from it. So while you’ve probably never met Sonia Bone Guajajara, your children’s future may depend on her. Sonia is a teacher, nurse’s aide, mother of three, and head of Brazil’s Association of Indigenous Peoples (APIB).

In her Amazon village in Arariboia, the community’s survival depends on the surrounding rainforests. Sonia defends them tirelessly, and she and her community are their best guardians. So when Sonia and her fellow activists fight for secure land rights to protect their forests, they are not just doing it for themselves. Their actions benefit all of us.

If indigenous peoples support us, we should support them too. We can donate money to indigenous organizations and their allies, and ask our government officials to back climate change efforts that strengthen community land rights and forest management. And we can speak out when indigenous activists are murdered or jailed for defending the environment. Global Witness estimated that last year, over 185 environmental activists were killed around the world, and that 40 percent of them were indigenous. Sonia’s own country, Brazil, had 50 slain activists, the most of any country.

We are dangerously close to the edge. Changing the global energy system won’t be easy. It will take time, and we don’t have much to spare. Fortunately, as research by organizations like WHRC and WRI shows, there is a smart and affordable way for us to take a step back from the brink. Activists like Sonia, and forest communities like hers, can help make it happen. Let’s go for it.

Killed for protecting their land

They were defending their land from destruction. Footage credit: If Not Us Then Who, Coica Amazonía, Alianza Mesoamericana de Pueblos y Bosques

This post was previously published on FordFoundation and is republished here with a Creative Commons License.