India has made giant strides in increasing rice production, both to feed its own people and for export. But the price has been massive water consumption, and rising greenhouse gas emissions. 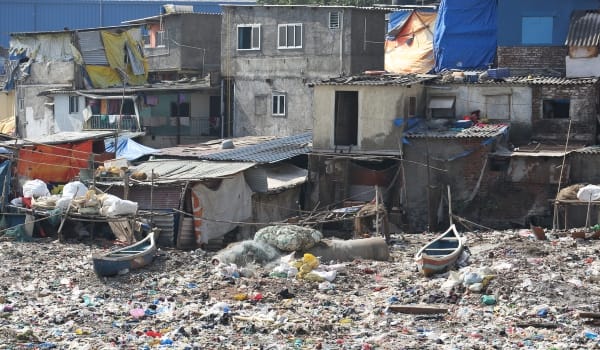 LONDON, 30 January – India has to find a new model of development if the twin challenges of job creation and climate change are to be met, says an Oxford University academic, Professor Barbara Harriss-White, of the Oxford Department of International Development.

“At present economic development in India is looked at very much in terms of catching up with Europe and East Asia”, says Professor Harriss-White, a South Asia expert and part of an Oxford-based team investigating greenhouse gas emissions (GHGs) in India’s informal economy – a sector, she says, which accounts for about 60% of the country’s GDP and for nine out of every ten jobs, yet one that has been “completely neglected” in debates about climate change.

“The position held by the overwhelming majority in India is that the country – which derives 70% of its energy from coal – has the right to pollute based on its relatively small contribution to the historical stock of CO2 in the atmosphere. Understandably, development and poverty reduction are the priorities.

“Yet the country’s natural resources are degrading at an alarming rate – a transition to development based on low carbon has to be initiated. And despite the economic growth of recent years, at least 260 million people are malnourished, 45% of them children.

“Meanwhile 16 million people are entering the jobs stream each year – most facing the prospect of poor quality jobs, or no jobs at all. All this presents an enormous challenge.”

Professor Harriss-White and her team are at present looking at GHG emissions in rice production and distribution systems. Much of the activity in this sector takes place in the so-called informal economy, based on part-time or seasonal jobs and loose marketing structures.

Over the last 30 years India has nearly doubled its rice production, mainly through the introduction of new, high-yielding varieties. While 95% of production is consumed domestically, India recently supplanted Thailand as the world’s biggest rice exporter.

But the increase in rice output has led to a massive over-exploitation of water resources, with millions of farmers using electric pumps to harness well waters for their rice fields.

The Oxford team have found there are GHG emissions in each phase of rice production and its marketing: for example when fields are cultivated and flooded large amounts of soil methane are released. Bullocks also produce a lot of methane.

But it’s the coal needed to produce the energy to lift the water that’s the biggest problem. Over-exploitation of water resources has not only led to more GHG emissions but could result in future rice shortages.

Professor Harriss-White says: “In many areas we’ve studied in the east of the country rice production has reached a plateau. This is due both to a lack of new rice strains coming on to the market and to the stress on water resources.

“Many farmers are having to drill bore holes right down to fossil layers for water – and those waters won’t be replenished.” Changes in climate are also likely to have an adverse impact on India’s rice production.

“Rice is vulnerable to climate change,” says Harriss-White. “A rise in temperature means more pests – and a greater likelihood of periods both of flooding and drought. Rice production must adapt to climate change. Most farmers we talk to don’t talk in terms of climate change – instead they talk of the monsoons becoming less reliable.” – Climate News Network