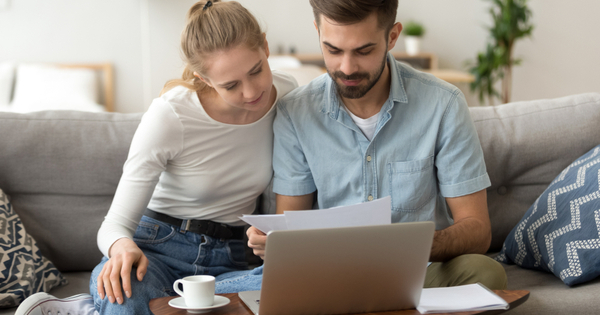 For every hour spent in organizing, an hour is earned.

On Sept 29th, 2000, while searching a warehouse, my police officer husband, John, fell through an unmarked false ceiling, hit his head and died of brain injuries. We were both 32. The next morning, the Police Chaplain arrived at my door…a kind man with a really lousy job to do: help me plan John’s funeral.

The Chaplain cleared his throat and asked me the million-dollar question: Did John and I have wills? Because he needed to know—NOW—what John’s wishes had been for his funeral arrangements, should the worst happen.

Much to everyone’s surprise, including my own, I nodded, stood up and went downstairs. I opened the file cabinet, looked through the ‘W’ files and promptly plucked out a copy of John’s will. But before going back upstairs, I took a deep breath and quickly flipped through his will—for there was another urgent matter I needed to check on, before moving on to the funeral portion of the program.

When I found what I was looking for, I let out a huge sigh of relief. The day before, I had authorized the removal of John’s organs for transplant. In the hospital, I had been 99% sure that’s what he’d wanted. But there’s nothing quite like seeing a loved one’s wishes in print, within a legal document, to help one come to peace with their decision…especially since John’s heart was now beating inside another man.

Back upstairs in the living room again, I read out loud to the Chaplain what John’s wishes were for his funeral. And then off he went, to make the funeral happen.

A death in the family is brutal enough to deal with. Having to rummage through boxes and piles of paper to find important documents—or not having them at all—makes a horrible situation even worse.

Regardless of your situation, you need to have a will. The above example illustrates one reason why. But I’ll be frank: funerals come and go—but the financial repercussions from not having a will in place can take years to recover from.

I have a cousin who lives in Quebec who was widowed in her late thirties. She and her husband didn’t have children so hadn’t got around to drawing up a will, even though they’d been married for years. When her husband died suddenly, imagine her surprise when she was told that Quebec law states that without a will, half his financial assets go to her…and half go to her husband’s parents.

In other words, don’t assume that just because you are the spouse, should tragedy strike, you will be automatically entitled to all assets.

Why did John and I happen to have our wills done and important documents in order when we were only 32?

Well, it’s not because we were a particularly organized, forward-thinking and planning sort of couple, that’s for sure. Rather, it was because I had someone in my life—my big brother, Pat—who had been harping on me for years about the importance of having our wills done up and important documents in order. And all I can say is, thank goodness John and I had the wisdom to listen to his advice.

3 Ridiculous Reasons Why We DON’T Put Our Important Documents in Order:

#1. Because on some level we think that if we are prepared for tragedy, this will somehow bring one on…a self-fulfilling prophecy. Whereas if we aren’t prepared, we aren’t acknowledging the fact that an emergency could happen—and therefore it won’t.

To which I reply: the strategy of sticking one’s head in the sand only serves to leave one’s bottom exposed.

To which I say: Suck it up, buttercup. Turn off the telly and get ‘er done.

To which I say: Just think how much busier you’ll be when you discover that your insurance documents, wills, passports, marriage and birth certificates are scattered in cardboard boxes in a basement that is now 3 inches deep in water.

Having all your important documents in one safe place (such as a safety deposit box) will give you a gift you can’t put a price tag on: peace of mind.

Being prepared and organized won’t ‘bring on’ a tragedy. But it will give you the comfort that comes with knowing that IF something were to happen to you, your home or one of your loved ones, at the very least you would be able to immediately put your hands on all your important documents…and other people can help you from there. But the documents must first: a) exist and b) be accessible.