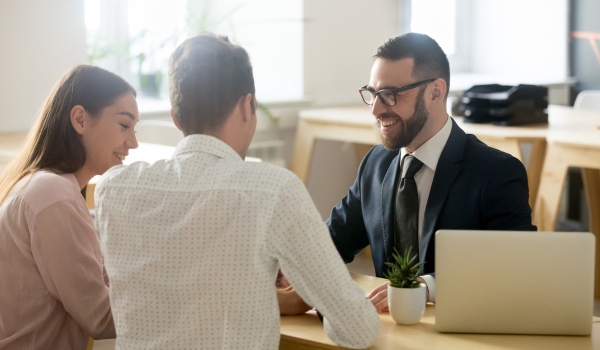 On Friday, I was heartened to see Senator Elizabeth Warren enter the digital platform competition debate in a big way. Her proposal has already generated a ton of great conversation about how digital platforms ought to be regulated. The agenda-setting role of presidential candidates is significant, and I’m so glad this important topic is on the agenda now. The proposal includes more wonky detail than many campaign proposals, though of course, it is not fully drafted legislation. I want to take this opportunity to discuss the proposal in depth and think about how policymakers can move forward from here. Congress should start now on providing the additional analysis that is generally needed before any specific action is taken.

Sen. Warren’s proposal has two components. First, she supports a law prohibiting large platforms from owning a company that competes on their platform. The proposal would also require platforms to deal fairly with the companies competing on the platform, and not transfer or share data outside the platform. Second, she pledges to appoint leaders to the Federal Trade Commission and Department of Justice who will use existing law to unwind past mergers that are anticompetitive. She lists several mergers they ought to try to unwind under current antitrust law.

The law Sen. Warren proposes is targeted at vertical power, the power that companies can exercise as gatekeepers over companies in another industry. Recognizing that power leads to concerns about vertical integration — when one company owns businesses in multiple levels of an industry, such as owning a factory and a retailer or a phone company and a company that makes apps for that phone. Vertical integration is often debated in antitrust law. There can be costs and benefits to vertical integration, which means whether it is a problem or not requires additional factual analysis. For example, you could argue that Apple’s integration of smartphone manufacturing, retailing, the operating system, and applications for the phone allows them to more fully control the user experience, and because they have an incentive to keep their brand loyalty high, they will use that control to create the best user experience. On the other hand, a platform that makes more money when users click on their own products would probably have the incentive and ability to offer better deals to their own products, such as better placement, more screen real estate, etc. A powerful platform that owns important products might not want to make their products available to competing platforms, and that might make it harder for new platforms to succeed.

Historically, Congress has sometimes identified particular industries that were so important they required additional competitive interventions, or as Warren says, “big structural changes,” not just antitrust. The Glass-Steagall Act of 1933 was one such law. It prohibited banks from engaging in commercial banking (accepting deposits from consumers) if they were also engaged in investment banking (dealing in securities). The Act was repealed in 1999. We have also had a variety of structural regulations of communications industries from the Communications Act and the Federal Communications Commission’s enforcement of that Act, as well as through the 1992 Cable Act. These have included requirements of fair dealing, also known as non-discrimination, imposed on powerful platforms that other companies relied on to compete. They have included requirements of interconnection, also known as interoperability, so that new entrants could access existing incumbent networks. They have even included ownership caps, limiting companies to serve only a certain percentage of the market, and a different kind of structural separation that allowed incumbents to continue to own companies in other lines of business, but specified guidelines for arms-length relationships between the incumbent and its subsidiary. Policymakers can learn from the successes and failures of these prior rules how best to regulate the powerful networks in our economy today. Gene Kimmelman, the President and CEO of Public Knowledge, discussed how we can apply these lessons from history in a recent blog post about platform regulation.

There are some key line-drawing questions applicable to any of these ideas. Which companies ought to be included in the rule? Warren suggests companies with revenues of $25 billion or more would be subject to the vertical integration prohibition, and companies with revenues of $90 million or more would be subject to the fair dealing and non-discrimination requirements. Some type of dominance and market structure assessment would probably be a better way to draw this line. PK’s own Harold Feld has explained a potential new method for analyzing market structure in digital platforms that incorporates economic learning about how platform markets work. Read his Cost of Exclusion blog post for more information. This analysis could be performed by Congress in advance, as part of the legislative process, or it could be delegated to an agency which would develop expertise on making these sorts of determinations.

A very difficult problem for fair dealing or separation rules is to identify what services are the platform-owned product “competing on the platform” and what services are simply features of the platform. For example, Google has a strong argument that a calculator is part of the search engine. But is flight search part of the search engine? Maps? Since this is a difficult and fact-specific inquiry, it probably makes the most sense to give this line-drawing job to a regulatory agency that can develop expertise.

Next, let’s discuss Warren’s proposal for appointing leaders at the FTC and DOJ who favor enforcement. In general, appointing FTC Commissioners and the Assistant Attorney General for the Antitrust Division at the DOJ will be an important part of the next President’s work. There is an incredible opportunity for leaders at the antitrust enforcement agencies to not only vigorously enforce the law, but to bring cases strategically to improve and clarify the law. One area of the law that absolutely needs clarifying is the FTC’s right to unwind mergers it has previously approved. There is very little for us to draw on in modern history to show a path for how this can be accomplished. In this way, Senator Warren has identified an important area for her enforcers to tackle.

Enforcement agencies should expect that one challenge when trying to unwind mergers would be the difficulty of proving what would have happened absent the merger. For example, you might argue that Instagram became Facebook’s closest competitor, and so that merger should be unwound. A court might ask whether Instagram would have been so successful without its purchase by Facebook. There were other social networks at the time that did not take off the way that Instagram did after the acquisition. Did Facebook identify that Instagram would be its most effective competitor? Or did it make Instagram its most effective competitor?

Warren’s proposal does not get into the details of what legal theory the enforcers would use to unwind these mergers. Perhaps it would simply be divestitures ordered as a result of a finding of anticompetitive conduct under Section 2 of the Sherman Act. Under current law, the FTC and DOJ can “break up” a company as a remedy either for an anticompetitive merger or anticompetitive conduct, subject to court approval. If the court finds the company did break the law or the merger would break the law, the company can “divest” or sell off a certain part of the business, such as a certain product line or certain store locations as a remedy. Under current law, divestitures this significant would only be considered if the conduct at issue was very significant. Divestitures today are usually highly targeted to address the competitive concerns in the case, so enforcers would need to find legal theories where they could argue that divestiture was the right remedy.

Lastly, deep in the proposal, Warren noted that, “We must help America’s content creators — from local newspapers and national magazines to comedians and musicians — keep more of the value their content generates, rather than seeing it scooped up by companies like Google and Facebook.” Some have suggested this may be an endorsement of the so-called “value gap” argument, which has been used to support extreme and draconian copyright proposals in both the U.S. and Europe that would hurt not only the platforms but also their end users. On the other hand, this sentence may just be referring to the benefits of competition. Going forward, I hope Senator Warren will clarify that she intends the latter instead of the former. Rather than letting legacy gatekeepers in the entertainment industries use debates over tech platforms as a cover for their own narrow agendas, we should all be focusing on competition and other policies that will benefit creators and consumers alike.

This post was previously published on publicknowledge.org and is republished here under a Creative Commons license.