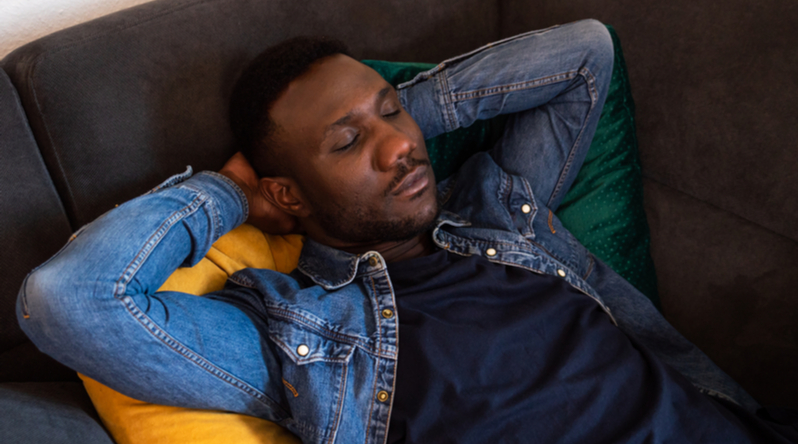 Like every year, 2020 started chock-full of promise to be even better than the previous one. I took the entirety of 2019 away from traditional gainful employment to bolster my writing prowess, at times logging twenty-hour days full of practice related to the craft: watching, listening, learning, taking notes, and, of course, writing.

My venture into this new world started after attending a show at Chicago’s legendary Second City Theater for the first time on a cold winter night in January of last year. I found myself electrified by the performers who had a knack for making people laugh and found it intriguing that they wrote their own material. So, a few weeks later, I was taking a writing and improv three-day intensive with some of the funniest people I’ve ever met in the Second City’s training center. Since then, I’ve been plugging away, writing articles, essays, poems, screenplays, and teleplays – all in an attempt to grow as a writer. As 2019 ended, I felt very connected to this art form, almost as if I’d found my calling. So, when the new year turned, I went into it with lots of momentum, poised to grow in this newfound craft, and to break into the industry in some capacity.

Then, March of this year came around, and everything changed for the worst.

At the time, I was working full-time as a Supplemental Learning Instructor for children with emotional trauma. As someone whose past is riddled with pain, I saw an opportunity to pay it forward in this role and jumped at the opportunity. When I wasn’t doing that, I was working on grad school, trying to fine-tune my stand-up comedy skills, or, most importantly, writing. Bearing witness to the trauma the kids I worked with endured took a heavy mental toll on me, as well as activated several “hidden triggers” of mine. I define a hidden trigger as anything that causes an individual to have an impulsive, usually negative emotional reaction to some form of stimuli: words, a phrase, actions, etc. As a result, I spiraled into a deep pit of depression for the first time in my life, and I didn’t feel equipped to pull myself out. To put this into perspective, I have been described as immaculate when it comes to cleanliness and have been that way for some time, but all of a sudden, I’d lost all interest in taking care of my possessions, my apartment, or myself. That’s when I knew something was wrong.

The trauma I bore witness to, combined with a schedule that left little wiggle room for relaxation, led me to stop caring about everything. Factor in the current global pandemic that has claimed innumerable lives, the killings of ethnic minorities by police officers, and the chaos running amok all across the planet, and you have a recipe for what feels like defeat.

That’s how I felt: defeated. Mentally, I was in a fog that wouldn’t be easy to emerge out of. So, in atypical fashion, I threw in the towel. Nothing mattered to me anymore. A small part of me was excited by this potential newfound lifestyle. Since the pandemic, weekdays no longer seem like separate days; each day feels like a continuation of the last. This only exacerbated all of the negative feelings I had swirling around inside of me. Pressing on is challenging when you feel as jaded as I did at that time. The prospect of living an unproductive, lackadaisical lifestyle appealed to me more than it had at any point in my life, one unencumbered by demands or stress. So that’s what I did.

I began to live a disorderly lifestyle, one devoid of any routines, schedule, or structure. Initially, I was overjoyed, looking forward to living in ways that were foreign to me. I grew up in incredibly strict households that lacked the normal ebb-and-flow of a parent-child relationship. They were more authoritarian in nature, almost reflective of a militant relationship. This played a pivotal role in my development, causing me to grow into a rather structured individual. All of that changed as a result of activating those hidden triggers and the personal shock from the state of the world. I was led more by impulses than discipline or logic. My days of waking up between 4-6 am turned into whenever I felt like waking up, drastically disrupting my circadian rhythm, making it rather challenging to get and stay asleep come bedtime. Working out was replaced by engorging myself with vast quantities of unhealthy food. I have an ectomorph body type, meaning I’m more on the slender side. That radically changed during this time period; at my lowest point, I looked like a snake that had consumed a rabbit, with a large gut protruding from my slim frame (I’ve since gotten rid of it). Going from task to task in an attempt to stay productive on a daily basis devolved into spending the majority of my days asleep. In the end, you know what happened? I ended up more miserable than I was beforehand. Here’s why.

Imagine yourself as a plant. I know this may seem a bit unorthodox, but humor me for a second. After all, we share several commonalities with plants, both of us being crucial components of Mother Nature. The choices you make on a day-to-day basis represent the human equivalent of water necessary for animals and plants to grow and thrive. There are a variety of ways to go about consuming this figurative water. Anything you’re doing to better yourself, to remain productive, to put your best foot forward–those are all ways to ensure that you’ll continue to grow until you no longer can. For me, one of my favorite ways to “water myself” is through literature. I’m an avid reader and writer; these pursuits have allowed me to see genuine growth from the time I first picked up a pencil at the age of three until now. And that’s the point I want to drive home.

If you aren’t growing, you’re wilting or dying. Living an unproductive lifestyle is one of the most explicit examples of an individual who is allowing themselves to wilt. I know this because I spent roughly two months suffering from this mentality, one that made living feel more like a chore than the privilege it is. This was due in large part to my lack of growth at the time. Me throwing in the towel was almost my way of saying, “I’m fine where I’m at! I don’t need to grow anymore, nor am I interested!” I stopped pushing myself to better myself. I believe that unproductivity is the equivalent of a lack of water. It’s essentially no water. How unnerving would it be if, while trying to tend to your garden, your plants decided they were no longer interested in imbibing the water you provide to them? Without water, they’ll inevitably die, losing the lustrous rich greens and vibrant colors that make any garden appear healthy and vivacious. While human beings cannot wilt in ways that are obvious to the naked eye, I believe we’re capable of feeling as though we’re wilting. I know I did.

I can’t tell you what specifically causes you to feel like that. No two people are the same. I also cannot tell you how to go about being productive. What looks like productivity to me has been described as “organized chaos” by others, teaching me there is no one-size-fits-all when it comes to this. There is, however, your intuition. I’m willing to bet you know, or at least have an idea of, what causes you to feel like you’re wilting. The whole world has felt that in some capacity as a result of the COVID-19 pandemic. It’s taken our sense of regularity and obliterated it, confining us to the four walls of our homes, a stark contrast from what we used to consider normal. Old regimens and schedules have been thrown out the window in whole or in part. Still, you don’t have to stay in those places, places that make being alive feel less than worthwhile. I learned about the dangers of unproductivity by leading that lifestyle for a little while. The key takeaway was this: you’ll never know how far you can go, or what you’re truly capable of, without pushing yourself past your perceived limits. It’s never too late to make a change. I did, and that’s made a world of difference in my life. I’m hoping it does the same thing for you.