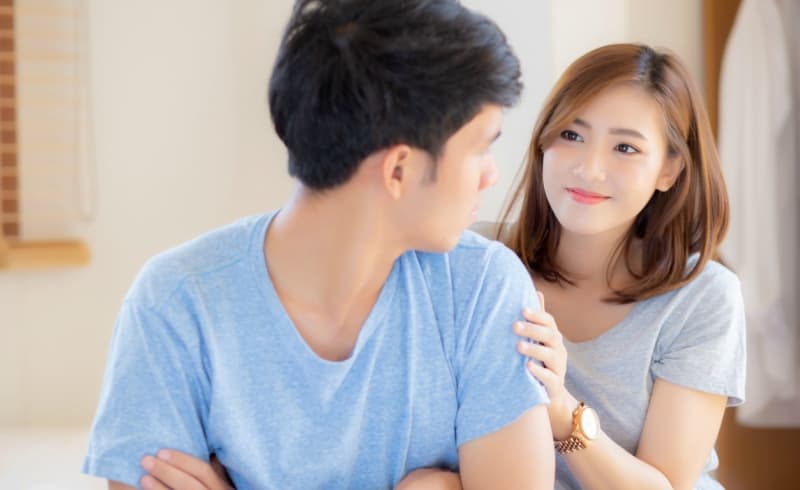 Ah… families. You know that place you grew up in with all its memories, some good some not so good. But what you may not be aware of is that no matter how unique your family was, all families share a variety of roles that often stay with people all their lives. What is more fascinating is that these roles all exert influence over your present intimate relationship. Read below and figure out which role seems most familiar to you and how these roles impact how you relate now in your intimate relationship.

Hero children are in most families. If there is only one child then they are often it. But in families with more than one child they can’t all be hero children. One always stands out as the favourite and the one looked to by the parent or parents as the one who will bring the family pride. In some families it is sometimes the eldest child who has to be the responsible one. Still in others, it is the youngest child. So what’s the problem with being a hero?

These characteristics when carried into marriage surface from a base of perfectionism. So what’s so bad with being a perfectionist you might ask? There are actually a whole hoard of issues. Firstly, no one can ever be perfect all the time and when you fall short of the mark you beat yourself up over it and become intensely guilty over it. But what happens when your spouse misses the standard? That’s when things really become interesting. Even showing the displeasure non verbally such as rolling the eyes, sighing and distancing become problems. But then repeated infractions build up until they explode in a verbal rage that only adds to the guilt of the perfectionist for not being so perfect after all. Then the whole cycle starts all over again.

Another problem is that the hero child has been nourished for years on a diet of appreciation. The hero child just expects this will continue in his or her intimate relationship because they are, after all, perfect and that should be acknowledged and admired by the foundational new family member repeatedly, continually and without hesitation! Such expectations are doomed from the start. The hero child now grown up, ends up suffering from feelings of being under appreciated and rejection to add to the feelings of guilt and inadequacy they feel often more intensely than others.

The hero child needs to take the pressure off him or her self and everyone else. But it can be a hard task to let loose the grip on that perfectionism that is so ingrained and has become so natural to the personality. When combined with strong, black and white temperaments, the urge to be the policeman to your spouse can be overwhelming. But let go they must. Instead of being the inspector of everyone else in the family the person needs to commit to a high degree of loving, and what that truly means.

We all remember the clown. Every class seems to have one. But what is going on with them? The best symbol of the clown is the clown at the rodeos. The clown is the “defuser”. He or she is also the “distracter”. “Nothing to see over here in my family, so look at me instead.” As long as he can keep people laughing or looking at him the real problem is never dealt with or exposed. Doing that would be way too threatening and painful so keep on clowning no matter what.

Clowns can be very funny and after all isn’t humour meant to be an important ingredient for happy relationships? The issue is that clowns struggle with reality. They have been playing for so long that anything real threatens them. If you try and sit down with them to have a serious conversation you soon find out it is impossible. Their communication style is evasive when it comes to anything deep and they have been so long entertaining that they think their entertaining should be enough to replace any serious subject. Furthermore their intimacy tolerance is so naturally shallow they struggle to be truly present and truly intimate.

The fear of intimacy and the fear of being truly present has to be replaced with the rewards of being real. This is easier said than done. What also has to be learned is a balance between knowing when to be funny and knowing when to be serious. This is a skill that has to be learned by the clown but when they experience the benefits of being an adult in an adult relationship they can relax often for the first time in their lives and enjoy being able to connect at a deeper level. Sometimes a therapist has to help the clown explore this new space in a non threatening and supportive environment.

The Scapegoat or Black Sheep

The problem with all of these roles is that once labelled the name sticks. None more so than the black sheep of the family. Not only is the scapegoat blamed for all the family’s problems but they come to even believe that they are the cause of all the family’s problems. Once the label is accepted, the acting out becomes part of their identity. Although often seen as the family rebel and the one the family can target to ease anxiety within its own dysfunctions, the scapegoat accepts the lie that they can’t be successful at intimate relationships either.

The root issue is one of hurt and anger. Often on the offensive it is the scapegoat later in life who hurts others first to stop others from hurting him or her. Struggling with self acceptance the scapegoat is often the “distancer” and is ready to walk out at the slightest problem. Difficult to get into therapy, the scapegoat is so used to convincing themselves that they can’t be hurt any further, they put up strong defensive walls to keep any partner from hurting them any more. The whole problem though is that it also keeps out any love and trust, both basic ingredients necessary for any relationship to work.

The scapegoat has to learn to take responsibility for their actions. Understanding and setting appropriate boundaries is completely foreign to them but it is a skill they have to develop if they want to be finally successful in their intimate relationships. Although they crave unconditional love for themselves it is something they find almost impossible to give to others. Yet it is the one trait that disarms them of their hurt and anger. If they can learn forgiveness, both of themselves and those closest to them they can grow in their ability to be intimate.

Often a problem with middle children (birth order), the lost child often finds it difficult to settle on decisions of major importance. They are not first and not last, just lost somewhere in the middle. Often drifting between various careers they struggle to know what they like or want out of life. Subject to bouts of depression and loss of identity they seem to drift rather than charting an intentional course with real obtainable goals.

As they are in their family of origin role so they are in their intimate relationship. Happy enough with the status quo they lack energy to put into the relationship. Sometimes the dreamer, sometimes the melancholic, sometimes the disengaged, the lost child is not much fun to be around. Preoccupied with the struggle with self-identity the lost child naturally doesn’t have much room left in their head to be concerned with their partner.

The rescuer always means well. They have to be there to pick up the pieces. Often modelled by a parent who is the enabler in the family the rescuer learns to rescue others to save them from themselves. Unfortunately, they are often drawn to people who need saving from themselves and who better than an experienced rescuer to save the day? Often lacking in patience, and nursing deep seated feelings of superiority, the rescuer isn’t prepared to let others learn from their own mistakes – they have a compulsion to save them from that.

The main problem for the rescuer is control, or more specifically the anxiety that results from a lack of control. Plus trying to control everything all the time is an exhausting business. Attempting to manage and control a partner’s life never has a good outcome. It enables addictions and bad behaviour plus it stifles the growth of the partner. Although it makes the rescuer feel useful, it is only in a parental rather than a spousal sense. Trust suffers in the relationship and the other person eventually becomes tired of the constant monitoring.

Ultimately, the rescuer has to give up control. Controlling their partner but also controlling outcomes. They have to allow their partner to start being responsible for their own actions. By letting go, and also letting go of predicting the outcome, the rescuer enters unknown territory. But they also have to adjust to a different power balance. Instead of always having the power by picking up the pieces, the rescuer has to accept equality in the relationship if it is going to work. They also have to come to grips with the fact that they don’t have to be needed to be of value.

There are many more roles in families that get handed down to us for whatever reason. The main point is to understand what characteristics of the various roles have influenced us and then have the courage to address the negative ones. If you dare, read through this article with your partner and then discuss together what ones you relate to and why. Awareness of past family roles can provide the insight needed to remove the barriers that keep us stuck in the same old negative habits that breed dysfunctional relationships. The trick is to realise that the two of you don’t have to be trapped in generational dysfunctions but rather by supporting each other you can build together a new family with functional roles. One where each takes responsibility for themselves. Neither are a victim, but each builds the relationship with mutual support, trust, intimacy and love.