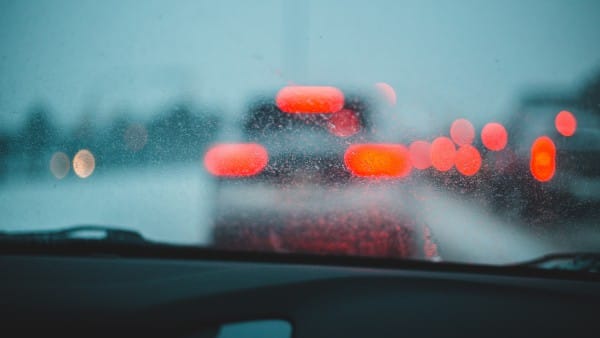 It’s a sunny day. You’re driving. The view is clear and the road stretches for miles ahead. You hit cruise control, lean back, and enjoy the ride.

Suddenly, a few clouds pull up. The first raindrops begin to fall. “No biggie,” you think. You can still see and maneuver.

After a while, however, the storm really hits. The sky is all but grey, you can feel the wind inside the car, and your wipers don’t seem to do anything. Your windshield is so full of water, it might as well be frosted glass.

Now, you’re barely holding on, trying to steer, but really, you can’t see anything. You’re just hoping for the best.

That’s what life is like when you’re unaware of your biases. You can’t think straight or make good decisions, because you don’t see the world as it actually is. Without realizing it, you’re pushed around by invisible forces.

The way to start combatting these forces is to learn about them. Here are ten of the most important ones.

You’ve probably heard of confirmation bias, which has us looking for information that confirms our views, instead of challenging them. The backfire effect is its big brother: If you see a correction after remembering something false, you’ll trust the false fact even more. For example, if the sexual harassment allegations against a celebrity are found to be untrue, you might now trust them even less, as you’re not sure what to believe anymore.

If we don’t have enough information to guess the probability of something, we’ll avoid that option altogether. We’d rather buy lottery tickets than stocks, because one is simple, the other needs learning. This effect means we might not even try to go for our goals, only because we can better estimate the odds of more realistic options, like getting promoted vs succeeding as a freelancer.

Tom has a successful blog. Tom writes like this. I want a successful blog. I’ll write like Tom. This rarely works. Tom just happened to survive long enough to succeed, regardless of his writing style. Maybe, many others wrote like him too, but didn’t make it. Therefore, copying Tom is no guarantee of success.

Zero-risk bias makes us exert too much energy and money towards the wrong ends rather than focusing on important, more impactful factors. It occurs because we’d rather eliminate however little risk is left than reduce the overall amount by a big chunk. Instead of buying a second insurance policy for a different threat, we’ll get the full package for our car and pay a premium.

We completely ignore how likely it is we might fall down the stairs, but if any plane were to crash, it must be ours. Similarly, we’d rather gamble to win a billion than a million, even if the odds are much lower. That’s because we respond to the magnitude of events, not their probabilities. Probability neglect explains most of our misplaced fear and optimism.

When you choose between two restaurants, you might go with the more crowded one. But if everyone before you did the same, the first guests inevitably chose at random between two empty ones. Often, we do things just because other people do them. This not just twists our ability to accurately assess information, especially on the web, but also ruins our happiness.

Because we live in our own heads 24/7, we think everyone else devotes nearly as much attention to our lives as we do. Of course, no one does, because they also suffer from this imaginary spotlight. People won’t notice your pimple or messy hair as they’re busy worrying you’ll notice their pimple or messy hair.

If I give you a mug today and tell you it’s worth $5, you won’t sell me back that same mug for $5 tomorrow. According to Daniel Kahneman, you’ll want as much as $10. Just because it’s yours now. But us owning things does not make them more valuable. Thinking it does is a problem because it also means we’re more afraid of losing whatever we have than not getting what we really want.

Do you leave the theater when the movie is bad? Because throwing your good time after dollars spent badly won’t help. We often stick to an irrational path of action solely to be consistent with our previous choices. But once the ship is sinking, it’s time to abandon ship, regardless of what caused the dilemma. The sunk cost fallacy keep us wasting time, money, and energy on things that are long past the point where they ever had a chance of working out.

You may know that Parkison said “work expands to fill the time available for it,” but, related to that, there’s also his law of triviality. It says that we spend disproportionate amounts of time on trivial issues to avoid the cognitive discomfort of solving complex, important problems. When you start a blog, all you need to do is write. But designing the logo feels really important, right?

Wikipedia lists almost 200 cognitive biases. It’s impossible to fight them all, all the time. But it helps to develop awareness.

The first part of this awareness comes from being able to recognize a bias when it plays a trick on your or someone else’s mind. That’s why we need to know what they are and look out for them.

The second part is learning to notice them in real-time. This ability only forms with consistent practice. The best way to do this — and therefore our single-greatest weapon against deceitful perceptions — is to take a deep breath before all important decisions.

Whenever you’re about to take a big next steps, breathe. Pause. Give yourself a few seconds to reflect. What’s going on here? Am I biased? Why do I want to do this the way I want to do it?

Every cognitive bias is a small raindrop on your windshield. A few of them won’t hurt, but if they fill every inch, you might as well drive in the dark. If you have a general understanding of what they are and how they function, a short pause is often enough to find the awareness you need to think clearly.

So slow down. Drive safely. And turn on the wipers before it’s too late.

This post was previously published on Medium and is republished here with permission from the author.