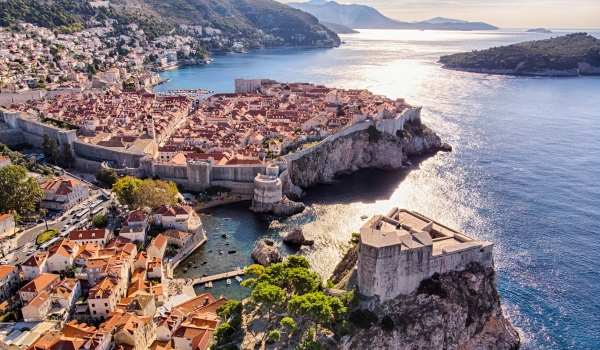 LONDON, 25 October, 2018 − Some of the planet’s most historic sites could by 2100 face damage or outright destruction in a warming world. Scientists who surveyed 49 World Heritage Sites in the Mediterranean report that 47 of them are at some degree of risk from future sea level rise.

As ever-higher levels of carbon dioxide enter the atmosphere to warm the planet, so global sea levels creep ever higher. And this constant threat of attrition by ever-higher tides and storm surges poses an ever-higher risk to a suite of cities, sites and ruins declared by UNESCO, the UN Educational, Scientific and Cultural Organisation, to be of global importance, and in need of careful preservation.

The locations most at risk include the city of Venice, the medieval city of Rhodes, the old city of Dubrovnik, and the ruins of Carthage in Tunisia.

The researchers considered the hazard of what is now a once-in-a-century storm surge occurring, as the seas rise by almost 1.5 metres by 2100. By then, they found, storm surges that now occur once a century could be happening several times every year.

“Many of these heritage sites will slowly disappear with sea level rise, even though these sites are important parts of human history”

Increasingly, coastal flooding and erosion could damage, deface or completely obliterate landmarks that played a pivotal role in world history. All the sites have important intangible value as icons of civilisation; many of them are popular tourist destinations, and their disappearance could only mean huge economic losses as well.

Such studies are launched to alert governments, civic authorities and communities to the need for action. Venice, in particular, has been a subject of national and international concern for decades. The surprise in the latest research, in the journal Nature Communications, is that of the 49 sites investigated, 37 are vulnerable to storm surge, 42 to coastal erosion − and many of them to both.

“In the Mediterranean, the risk posed by storm surges, which are 100-year storm surges under today’s conditions, may increase by up to 50% on average, and that from coastal erosions by up to 13% − and all this by the end of the 21st century under high sea level rise,” said Lena Reimann of Kiel University in Germany, who led the study.

“Individual World Heritage Sites could even be affected much more, due to their exposed location.”

The researchers started with a database of all the low-lying UNESCO coastal sites: they noted the distance of each site from the coast, whether the terrain was rocky or sandy, and the chance that a build-up of silts from the Nile, the Rhone or the Po rivers might offer protection. They took as their danger baseline a predicted 1.46 metre rise in the level of the Mediterranean by the century’s end.

A rise as high as this has a low probability, but cannot be ruled out. And since the stakes are high − a city like Venice cannot be relocated, and the engineering challenge of protecting its lagoon from flooding is huge − even a one-in-20 hazard is taken seriously.

Other research studies have warned that just a 50 centimetre rise in sea levels places vast tracts of European coastline at risk from storm surge − the dangerous combination of very high tide and very strong winds − and could impose colossal costs on cities from Rotterdam to Istanbul.

The latest study warns that by the end of the century, only two of the 49 sites would be at risk from neither erosion nor flooding. And more than 90% of the sites identified are, the researchers say, already at risk under current conditions, “which stresses the urgency of adaptation in these locations.”

And, they say, action and adaptation should start now. There are plenty of other historic sites to think about.

“Cultural heritage not inscribed in the World Heritage list will receive much less attention and many of these heritage sites will slowly disappear with sea level rise, even though these sites are important parts of human history as well,” they conclude. − Climate News Network