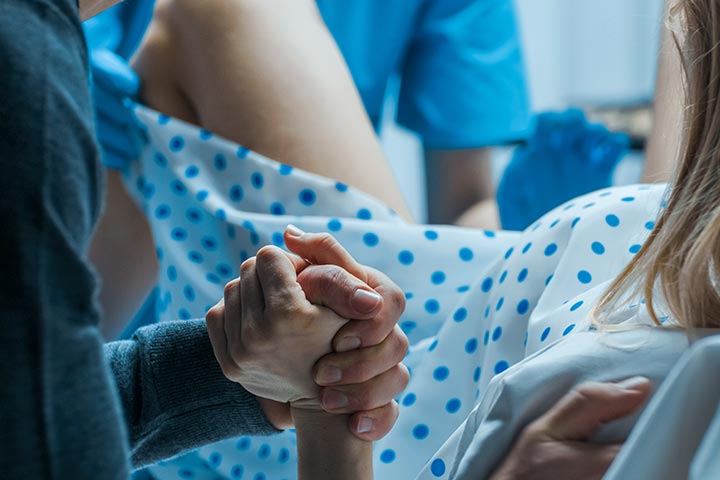 Imagine giving birth in a hospital bed surrounded by nurses and doctors. All the while enduring the excruciating pain and discomfort of childbirth. Not a pretty scenario, is it? Now imagine having your loved one by your side during all this, most probably your husband or partner. It does make childbirth a bit more comforting, doesn’t it?

Though there are times the presence of a partner makes us mad or furious, we can’t help but note it does have its moments. There is a sense of security that they bring to the table. And now, this new study proves holding your partner’s hand may actually relieve pain during childbirth.

What The Study Says… 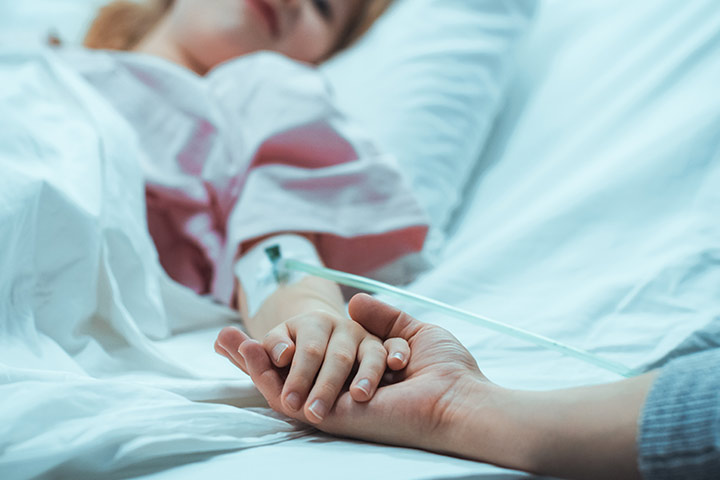 According to the study published in Proceedings of the National Academy of Sciences, holding hands with your partner will help in synchronizing your breathing and heart rate with your partner’s (1). Not only this, even the brain waves of the couple becomes synchronized. The study which involved researchers from the University of Colorado Boulder and the University of Haifa found that empathy plays a crucial role in the synchronization of brain waves. The more a partner empathizes with their significant other’s pain, the more their brain waves will fall in sync. This, in turn, helps in relieving pain. The study’s lead author, Pavel Goldstein said how it explains the importance and power of human touch in the modern world with fewer physical interactions.

Goldstein, who is a postdoctoral pain researcher at Boulder’s Cognitive and Affective Neurosciences lab thought of this experiment after being present with his wife during his daughter’s birth. He found that holding his wife’s hand during birth helped ease her pain. This prompted Goldstein to carry out the experiment in the lab and test if human touch can actually help decrease pain and if so, how?

For the study, 22 heterosexual couples who had been together for over a year were recruited. The couples aged between 23 to 32 were put through different 2-minute scenarios to measure their brain wave activity through electroencephalography (ECG) caps. The different scenarios included sitting in separate rooms, sitting together not touching, and sitting together holding hands. The same scenarios were then repeated by subjecting the woman to mild pain and measuring the ECG results (2). It was found that the coupling of the brain waves was the most when the woman was subjected to mild pain and holding hands. 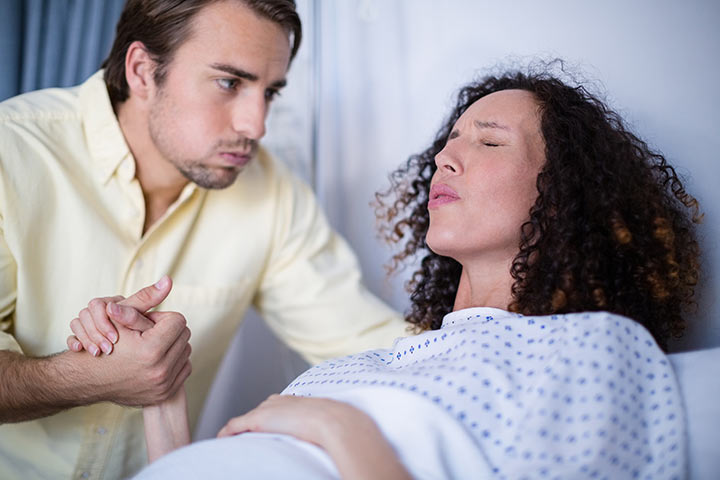 When researches found that holding hands during pain increased the brain wave synchronicity, it also paved the way to another interesting detail. In the absence of touch, there was a diminishment of brain waves. This experiment explains how pain could interrupt the interpersonal synchronization and how touch helps sync in back again.

It was followed by several other tests to find how empathy fits into all of this. We have often found empathy to have a soothing effect when we are feeling down and depressed. There is a sense of comfort in knowing that the other person understands what you are going through. Interestingly, empathy plays a role in childbirth as well. 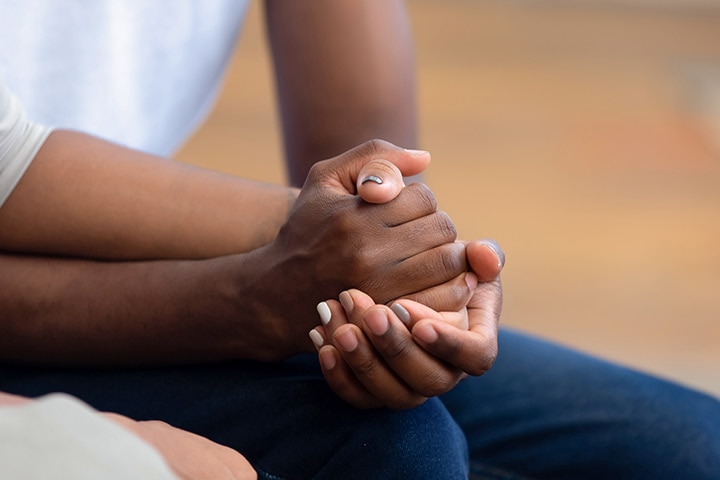 Though how exactly being empathetic works to kill pain is yet to be completely understood, we can all agree that it has a positive affect. Goldstein believes that more studies need to be done to know how empathy works to relieve pain. However, there are few explanations that Goldstein and his co-authors offered. They believe that since empathy makes a person feel understood, it could activate certain pain-relieving mechanisms in the brain acting as a pain killer.

We hope with more research, we will be able to understand how true this research holds in the case of same-sex couples and other relationships. But one thing is for sure, we should never underestimate the power of empathy and human touch.