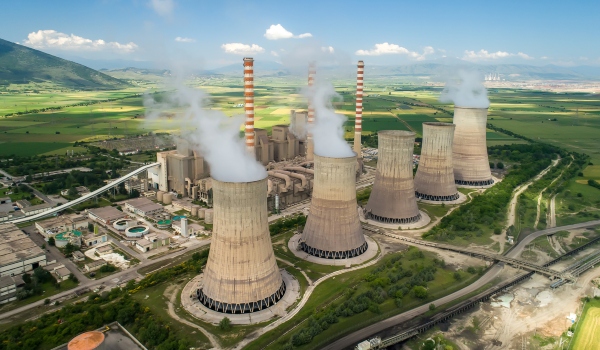 LONDON, 7 February, 2019 − The nuclear industry, and governments across the world, have yet to find a solution to the nuclear waste legacy, the highly dangerous radioactive remains that are piling up in unsafe stores in many countries.

A report commissioned by Greenpeace France says there is now a serious threat of a major accident or terrorist attack in several of the countries most heavily reliant on nuclear power, including the US, France and the UK.

The report fears for what may be to come: “When the stability of nations is measured in years and perhaps decades into the future, what will be the viability of states over the thousands-of-year timeframes required to manage nuclear waste?”

The old fuel has to be cooled for 30 years or more to prevent it spontaneously catching fire and sending a deadly plume of radioactivity hundreds of miles downwind.

Some idea of the dangerous radiation involved is the fact that standing one metre away from a spent fuel assembly removed from a reactor a year previously could kill you in about one minute, the Greenpeace report says.

The estimates of costs for dealing with the waste in the future are compiled by government experts but vary widely from country to country, and all figures are just official guesswork. All are measured in billions of dollars.

To give an example of actual annual costs for one waste site in the UK, Sellafield in north-west England, the budget just for keeping it safe is £3 bn (US$3.9 bn) a year.

It is estimated that disposing of the waste at Sellafield would cost £80 bn, but that is at best an informed guess since no way of disposing of it has been found.

The report details the waste from the whole nuclear cycle. This begins with the billions of tons of mildly radioactive uranium mine tailings that are left untended in spoil heaps in more than a dozen countries.

Then there are the stores of thousands of tons of depleted uranium left over after producing nuclear fuel and weapons. Last, there is the highly radioactive fuel removed from the reactors, some of it reprocessed to obtain plutonium, leaving behind extremely dangerous liquid waste.

Although the environmental damage from uranium mining is massive, the major danger comes from fires or explosions in spent fuel stores, which need constant cooling to prevent “catastrophic releases” of radioactivity into urban areas.

There are now an estimated quarter of a million tons of spent fuel stored at dozens of power stations in 14 nuclear countries.

The report concentrates on Belgium, Finland, France, Japan, Sweden, the UK and the US. What happens in Russia and China is not open to public scrutiny.

All countries have severe problems, but those with the most reactors that have also gone in for reprocessing spent fuel to extract plutonium for nuclear weapons face the worst.

The report says of France, which has 58 reactors, a number of which are soon to be retired: “There is currently no credible solution for long-term disposal of nuclear waste in France; the urgent matter is reducing risks from existing waste, including spent fuel.”

In the 60 years since the nuclear industry began producing highly dangerous waste, some of it has been dumped in the sea or vented into the atmosphere, but most has been stored, waiting for someone to come up with the technology to neutralise it or a safe way of disposing of it.

Since the option of dumping it in the sea was closed off in the 1980s because of alarm about the increase in cancers this would cause, governments have concentrated on the idea of building deep depositories in stable rock or clay formations to allow the radioactivity to decay to safe levels.

The problem with this solution is that high-level waste stays dangerous for hundreds of thousands of years, so future generations may be put in danger.

Only two countries, Finland and Sweden, which both have stable rock formations, are building repositories, but in both cases there are still doubts and controversy over whether these schemes will be robust enough to contain the radioactivity indefinitely.

In democratic countries, in every case where a depository has been or is proposed, there is a public backlash from nearby communities. This is true in all the countries studied, many of which have been forced to abandon plans to bury the waste

As a result of this resistance from the public the report says that the US “lacks a coherent policy” and the American Department of Energy suggests that “extended storage for 300 years” is the current plan. − Climate News Network