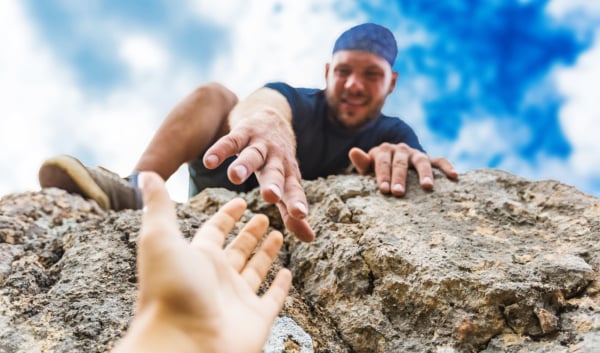 New England Patriots Quarterback Tom Brady is the GOAT (Greatest of All-Time). Tom has won 6 Super Bowl Championships. He’s played in 9 Super Bowls. Still, Tom is forever the fan of the game of football. In a 2018 interview, Tom said of Green Packers Quarterback Aaron Rodgers, “His ability to throw the football is unlike anyone in probably the history of the league. So it’s just pretty awesome to watch.”

Absolutely, Tom is the GOAT. Perhaps, Aaron is the Greatest Quarterback Talent of All-Time. Asked about the GOAT conversation in the context of Aaron Rodgers, Tom said:

It’s hard to compare positions and eras. I think it’s impossible to answer. But I think Aaron’s one of the best ever to play the game. He’s got every skill you need to be great quarterback.

Really, Tom’s humility solidifies him as the GOAT, as well.

In response to whether or not Tom Brady is the GOAT, Aaron said, “He’s got five championships so that ends most discussions, I think.” Tom won his 6th Super Bowl Championship in 2019. Both Tom and Aaron are class acts, as well. Both shall be inducted into the Pro Football Hall of Fame.
.

“He’s got five championships, so that ends most discussions.” — Aaron Rodgers on comparisons with Tom Brady https://t.co/OuoZZslOMf

Amazingly, Tom surmised that had Aaron Rodgers been coached by Bill Belichick (his Patriots Coach), he would have passed for 7000 yards per season. Putting this into perspective: The 2018 MVP phenom Chiefs Quarterback Patrick Mahomes passed for 5000 yards in 2018.

Tom acknowledges that he accomplished what he did and became the player that he is, because of the contribution of Bill Belichick. Back in 2000 Bill and the New England Patriots drafted Tom Brady at number 199. Truly, that was an act of faith. Yet, I surmise that Bill distinguished the greater-than version within Tom, that others dismissed. Thus, the genesis of the Tom Brady legend.

Greater-than does not occur in a vacuum. Bill Belichick saw and listened for the greater-than version in 22-year-old Tom Brady. Tom did his part in taking the coaching and grinding it out. In interviews, Tom expressed only sincere gratitude for his relationship with Bill, his Coach, his Sensei.

In the bigger picture, I’m so very grateful for those who helped me create my greater-than version over the course of my life. It’s particularly gratifying, looking at where I began.

I was kind of like that #199 draft pick in my life. From the time I was a little boy, growing up at home I was afraid and angry. I was never going to be good enough for my Dad. Rather, I was simply never going to be enough. I hated on me, listening to my Dad’s voice in my head.

After many years, I distinguished that “I’m no good” was Dad’s voice. So I gradually created my own voice, “I’m okay.” “I’m good.” I took my “baby steps”. That was possible and worth grinding it out for, because of those who saw the greater-than version within me that I didn’t at the time like Mom, Sensei, Lance and others. I have nothing but love for them. Hopefully, I’ve made them proud in the course of a lifetime.

When I saw myself as weak, Mom taught me that gentleness is the true strength of a man. Compassion for others is power. Mom had the biggest heart. When I feared to my soul, she’d say, “Slow down, Jonny.” Take my time. Breathe. It will work out.

Yeah, Sensei taught me Aikido. Teaching evolved as something profound and personal. Not only was Sensei the dad I wanted, he became the dad I needed to become the greater man. I got his love for Aikido, his love of being of service. I inherited his love and dedication to Mastery. That pursuit of Mastery carried over from Aikido to life.

I began working with my therapist Lance when I suffered working the job I needed after being laid off. The experience resurfaced all my unresolved fears from growing up as a child. Like Werner Erhard said, “Looking at what one fears, is frightening.” Yeah, no shit. Yet, Lance had faith in me as I looked at my fear surrounding my dad. Eventually, I was able to separate the horrific actions from the man and have compassion for the man. Again, I had to grind it out. I began to heal and forgive myself.

Cheryl taught me the Japanese aesthetic wabi-sabi. Amusingly, she’s not Japanese, although I am. Then again, my Japanese relegates to sushi and Aikido. Wab-sabi discovers the beauty in our imperfection. When I accept my imperfection, I begin to love my own self as well. I’m free to be me.

Cheryl is one of the kindest and strongest persons on Planet Earth. She reminds, “Kindness begets kindness.” Be kind to others. Be kind to myself. Now, I say, “Be kind, just because.” That wouldn’t have occurred without Cheryl. I’m thankful.

There are so many others, who’ve contributed to me over the years. Sure, it matters where I started, where I began. Yet, as Sensei would tell me, “It’s not like you have to get anywhere.” Life is the evolution on the path, on the journey, defining my Way of the Warrior.

So hopefully, I’ve been able to give life through my words, through my actions. I’m proud of my life. Perhaps, I’ve created my life as my work of Art. For that, I’m so very grateful for all those I love, who’ve been along for the ride. You have made it worth it. Amen. Amen.