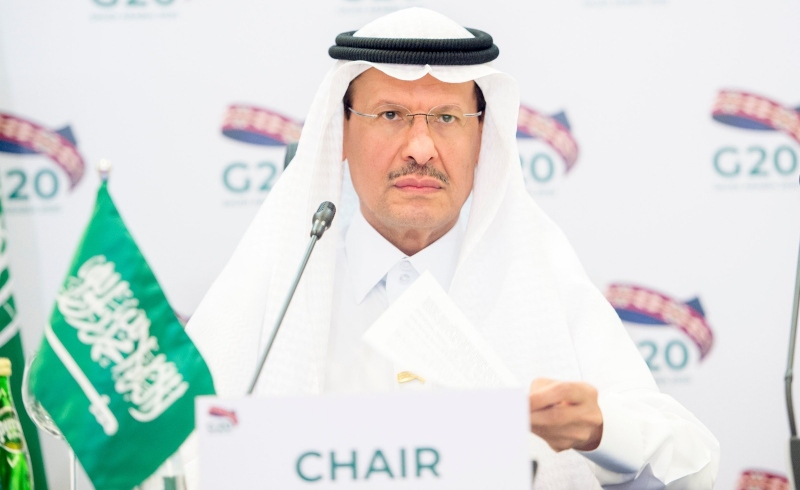 CAPE TOWN, South Africa, April 11, 2020/APO Group/ –In an historic effort to power the oil and gas industry out of its worst tailspin in its 100-year history, the United States, Canada and other G20 nations are backing the OPEC+ group of countries in a broad effort to reduce global oil supply and restore stability to the oil and gas markets.

In a shocking turn, however, Mexico has refused to commit to its share of cuts agreed by OPEC+ on Thursday. According to the production cuts agreed by OPEC members, Russia and other members of the Declaration of Cooperation, Mexico has been asked to cut 400,000 barrels per day from May to June. Mexico, though, has refused, as President Andrés Manuel López Obrador is pushing the national oil company, Pemex, to revive the country’s economy and energy sector.

The overall agreement is now in jeopardy, with Saudi Arabia saying the OPEC+ deal, which cuts a total of 10 million barrels of oil per day from the market, is contingent on Mexico’s participation. Mexico has agreed to cut just 100,000 barrels of oil per day. There are reports that President Donald Trump has agreed for the United States to potentially shoulder the rest of Mexico’s needed cuts. Negotiations with Mexico are set to continue on Saturday.

An agreement, reached Friday during a virtual meeting of the G20 energy ministers, will see G20 members coordinate efforts to stem the hemorrhaging of the oil and gas sector, as well as create a task force to monitor actions moving forward. A statement released by the G20, however, does not include a specific amount G20 members will cut from daily production. Previously, OPEC+ had said they would push G20 members to cut an additional 5 million barrels of oil per day.

“Make no mistake: Today’s crisis transcends the interests of any one nation and requires a swift and decisive response from us all. Failure to act has far reaching consequences to each of our economies,” he said.

Additionally, he said, the United States is “taking action to open our Strategic Petroleum Reserve to store as much oil as possible. This will take surplus oil off the market at a time when commercial storage is filling up and the market is oversupplied.”

Though Russia and Saudi Arabia were set on US participation in production cuts to end their own oil price war, which started in March, Saudi Arabia said they also recognized the limitations for US and Canada in regulating oil cuts on producers because of legal constraints.

“Without sufficient and stable investment to develop and maintain energy infrastructure, our collective energy security is at risk,” said Prince Abdel Abdulaziz bin Salman, the Saudi energy minister, at the virtual meeting. “We have already started to see this playing out along the supply chain, as companies experience economic pain, capital expenditures are cut, and jobs are lost. … Our global energy systems, from producers to consumers, is in uncharted territory and it is our responsibility to find the path forward.”

The G20 has not released set obligations or numbers for the production cuts by country. Still, backing the agreement is a radical shift for Western nations, which have avoided dealings with OPEC and have historically shown strong animosity to the group. In the past, the United States has even threatened to pass bills such as the No Oil Producing and Exporting Cartels Act, which could see the United States sue OPEC members for price fixing.

Without sufficient and stable investment to develop and maintain energy infrastructure, our collective energy security is at risk

But in a shocking about-face in recent weeks, as the oil and gas crisis threatened the United States’ own energy security, President Donald Trump has urged OPEC and Russia to reach a deal, seeming to alternate between cajoling and threatening the two global powers to strike an agreement on cuts.

The OPEC++ deal came after OPEC, Russia and other members of the Declaration of Cooperation agreed Thursday — after a marathon meeting — to the largest production cuts in the history of OPEC. The OPEC+ group agreed to eliminate 10 million barrels of crude per day for an initial two-month period to save a glutted oil market. The deal sees Russia and Saudi Arabia absorbing the brunt of the cuts, each agreeing to cut 2.5 million barrels per day.

Except for Saudi Arabia and Russia, the baseline for cutting production is taken from October 2018 production levels, with each nation in OPEC+ expected to cut 23 percent of daily production from this baseline.

Despite establishing the largest cut in its history, the OPEC+ deal was not enough on its own to bring stability to the oil price. Brent was down 4 percent at market close on Thursday after the details of the meeting were announced, losing pace from a nearly 11 percent rally earlier in the day.

That oil prices fell after the announcement of a 10 million barrel per day cut from the market shows exactly how glutted the oil market is, and that further action was necessary to bring some semblance of stability.

The International Energy Agency, which called for the G20 meeting of energy ministers, argued the market conditions were too much for OPEC+ alone to handle.

“The extreme volatility we are seeing in oil markets is detrimental to the global economy at a time when we can least afford it,” said Dr. Fatih Birol, Executive Director of the IEA.

“Today’s oil crisis is a systematic shock that threatens global economic and financial stability. It requires a global answer. That is why the G20 can be an indispensable forum for decisive leadership when it is urgently required,” he added.

Brent crude was averaging $55.70/barrel in February, but, with an oil price war and the impacts of COVID-19, both Brent and WTI have reached their lowest level in years, with Brent hitting $22.76 per barrel in March, its lowest price since November 2002.

As demand for oil and the price of oil has declined, storage capacity is also reaching its limits. In just a few weeks, analysts predict oil production may be shut in due to a lack of global storage capacity.