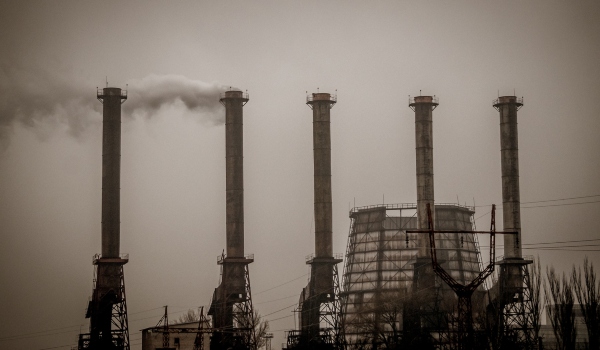 The world’s biggest oil conglomerate says it expects global energy demand to increase by a quarter in the next 23 years.

ExxonMobil is the largest of the world’s big oil companies, the supermajors. Up to the end of 2016, Rex Tillerson, who has been nominated by US President-elect Donald Trump as his Secretary of State, was Exxon’s chairman and CEO.

In this year’s annual Outlook for Energy, a look-ahead to 2040, Exxon says: “Over the next 25 years, growing economies and an expanding middle class will mean better living standards for billions, through increased access to better education and health care as well as new homes, appliances and cars. This means the world will need more energy, even with significant efficiency gains.”

With world population expected to grow by 1.8 billion people to a total of 9bn by 2040, the company believes global energy demand will increase by 25% – and that India and China together will account for 45% of that increase.

Exxon expects overall global energy demand for transport will also rise by 25%, but says commercial transport energy consumption will be 50% higher than today’s.

Low emissions
Yet, against this sobering background, Exxon forecasts that global greenhouse gas emissions will rise by only 10%, peaking in the 2030s and then declining, because of improvements in the efficiency of buildings, transport, industry and power generation.

The report states that by 2040 natural gas will provide 25% of all energy needs, and that the 85% of natural gas resources that it says are still untapped will provide enough energy to last for more than 200 years at present global consumption rates.

Nuclear power and renewable energy sources, it says, will meet almost as much demand as natural gas, “approaching” 25% of the total. It is striking that Exxon distinguishes between nuclear and renewable energy rather than describing them both simply as renewables, a classification challenged by many scientists.

The report concludes that all types of energy
will be needed to meet world demand, with
the use of each continuing to evolve in ways
designed to reduce their environmental impact

Perhaps not surprisingly, given its pedigree, Exxon maintains that oil will by 2040 “remain the world’s primary energy source, fulfilling one-third of all demand”. It says oil will go on playing a leading role in the energy mix because of demand for it from transport and for its use as a raw material in the chemical industry.

The report concludes that all types of energy will be needed to meet world demand in 23 years from now, with the use of each continuing to evolve in ways designed to reduce their environmental impact.

Renewable energy
The low estimate for renewables will surprise many experts, who point to the rapidly falling prices and rising output of wind and solar power, in particular, as evidence of their growing market appeal and potential to deliver, not least in remote and off-grid applications.

Exxon also states its faith in the ultimate success of the controversial and still commercially unproven carbon capture and sequestration process as a way of rendering greenhouse gas emissions harmless.

The company’s website states: “Broad-based deployment of cost-effective carbon capture and sequestration has the potential to make a massive impact on the world’s greenhouse gas levels.”

Despite some recent advances in the technology, it is far from certain that it could work reliably and affordably at the scale needed.

And ExxonMobil is still distrusted by many people who believe that it has sought to steer and distort the public understanding of the risks of climate change, and even of its reality. – Climate News Network