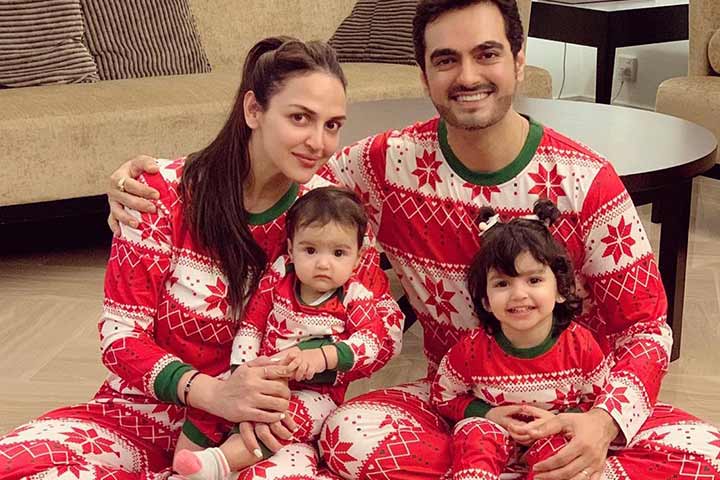 Being a mother is one of the most challenging jobs in the world. Right from birth, a mother has to endure a lot to make sure that her little one stays happy and healthy. And it’s even more so if the woman has to juggle house and work. Fortunately unlike before, men today have stepped up in their roles as parents taking equal responsibility in raising the kids. Recently, Bollywood actor and mom Esha Deol revealed how her husband helps her balance work and parenting.

Fortunate are those who have understanding partners (read husband). One thing that most parents struggle with is striking the right balance between work and parenting. Because if you’ve got two working parents at home, it’s usually the woman who has a take a step back from her career to making sure the parenting duties are being fulfilled. However, times are changing and couples today are able to strike a balance when it comes to sharing equal responsibilities. In an interview, actor Esh Deol spoke about her husband Bharat and how he helps her in raising their two daughters. Esha and Bharat are parents to two adorable girls, Radhya Takhtani and Miraya Takhtani. The actress stated that there are times when she has to travel out of town for shoots. During those times, it’s her husband who stays home with the kids. And on days when Bharat has to travel for work, Esha stays back to be with the kids. The actor says that they always make sure at least one of them is present with the girls at all times. Esha continues by saying that they both balance each other out this way. 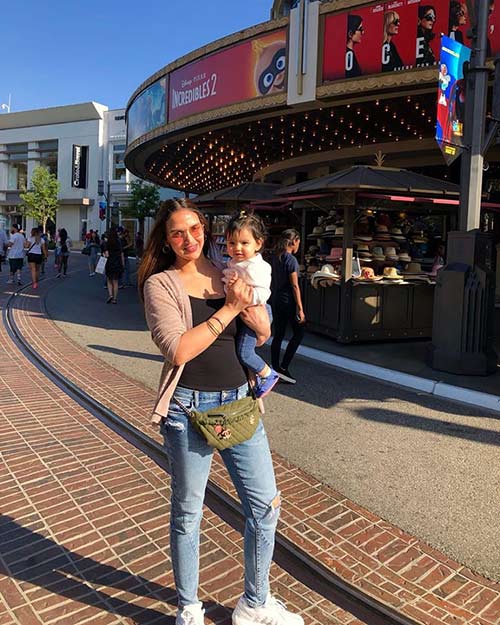 The celebrity mum recently turned writer as she published her debut book on being a mother. Talking about the same in the interview, the actor shared that the book came straight from her heart as she had written about whatever she felt at the time. Esha further stated that the thought to share it with more women came when she realized that there must be other women who are going through exactly what she was feeling. The actor wanted to share her thoughts and the solutions that she found to the various surprises that came along the way as she knew it would be of some help to others. And this is what drove her to write the book. 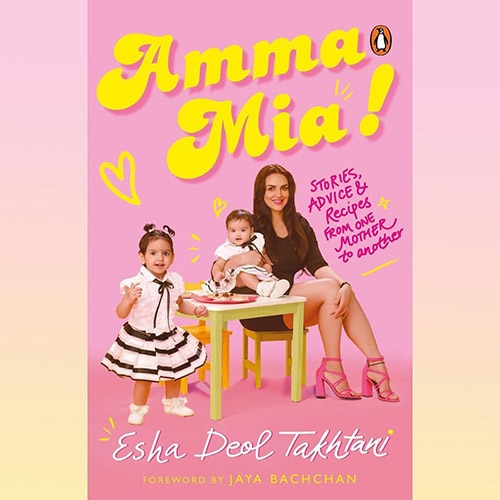 The book which is titled Amma Mia encapsulates Esha’s experience of being pregnant and her post-pregnancy journey. The book includes recipes that will of great help to working moms who wants to prepare a quick meal with simple and readily available ingredients in the kitchen. The book also captures Esha’s journey through life during the early years.

Talking about the concept of paternity leave, Esha’s believes that it depends on the dad’s job and if he feels comfortable and proud of taking it. But the actress believes that the trend is slowly coming to India as well and it is something that should be encouraged.

The couple has an interesting love story as Esha and Bharat were childhood sweethearts. The couple briefly dated during the early years before they broke up. Several years later, they met again and started dating. The actor tied the knot with her beau in June 2012. They are now parents to two beautiful girls. Esha gave birth to her eldest daughter Radhya in 2017. The actress was again blessed with a beautiful girl in 2019 who they named Miraya.

The mom to two kids has been vocal about her pregnancy and postpartum depression which she experienced with her second pregnancy. In her book, the actor talks about the struggles and how she overcame depression in the hopes that other women would be able to find their strength in fighting this battle. We hope the book which is set to hit the stores later this month will be a huge success and will also be helpful to numerous mommies out there.