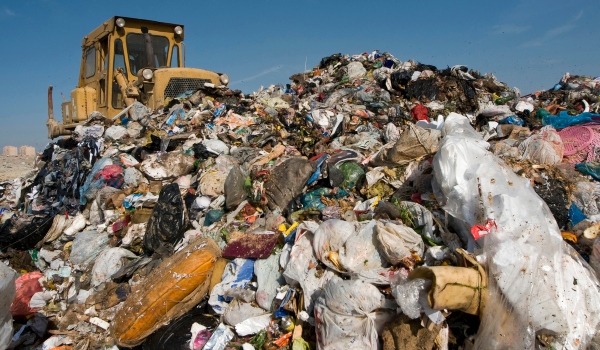 —
The world’s cities are producing more and more waste. Reducing this is a near-impossible task; converting it to energy makes much more sense

Ebioss Energy was founded in Sofia in 2009. Today, the company is focused on developing energy projects across Europe, the Middle East and Asia, and strengthening its position in advanced waste management solutions worldwide. When it started, Ebioss consisted of just the CEO and one secretary, but today the company employs over 100 professionals, working for the expansion of the business, which has a presence in five countries over two continents. The company is based in Sofia, with branches in Spain (Barcelona), Portugal (Porto), Italy (Castiglione d’Orcia) and Brazil (Sao Paolo).

Ebioss is now a key player in waste treatment technology, and its core business is engineering solutions for the design, building and development of thermoelectric power plants fuelled by waste gasification. Ebioss works internationally, and has developed its own know-how in designing its innovative gasifier technology, which converts waste into synthesised gas. Ebioss has worked for such established clients as Électricité de France, GDF Suez, Repsol, Endesa, Técnicas Reunidas, Gas Natural, Siemens and General Electric.

In 2012, after several years working on greenfield sites and energy projects around Europe, Ebioss developed gasification technology to improve the efficiency of energy production from the waste sector. At this point, the company decided to merge into a new joint company with Eqtec Iberia, in order to jointly develop projects, mainly in Europe. The intention of the new group was to be listed on the Spanish Stock Exchange and to gain access to the capital markets required to finance the international expansion of the new company.

During 2013, the company started the construction of its first projects in Bulgaria: Karlovo Biomass and Heat Biomass. Also, Biomass Distribution was created to focus on the valorisation of waste. In 2014, Ebioss Energy bought a company in Italy (Syngas Italy) from the CIR Group, with a power plant in the Tuscany region. The company also took a majority stake in Portuguese firm TNL, specialising in advanced waste management solutions.

In 2015, the company decided to internationalise its presence, unveiling a new business development focus in the Middle East and south-east Asia. Also, at the end of the year, Ebioss Energy decided to enter the UK market.

To fund this growth and make the company’s new goals a reality, Ebioss Energy started a programme of senior debt bond issue in June 2015, with a €3m private placement led by Raiffeisen Bank Bulgaria and a €13m listed bond issue programme on the Luxembourg Stock Exchange, with the first tranche of €4m placed in December 2015 and the second tranche of €2m placed in April this year. To process this senior bond issuing, Ebioss Energy hired Intermoney Valores of Luxembourg as lead manager, Societe Generale as paying agent, and Chevalier & Sciales as legal advisor.

Prompted by this push for internationalisation, in 2015 the company announced it was in search of several strategic partners around the world, to help Ebioss Energy develop the completion of its global pipeline. After a period of conversation and negotiation with different potential international partners, in May this year Ebioss Energy signed an important strategic framework agreement with China Energy Engineering Corporation (CEEC).

CEEC is the state energy holding company in China, based in the Chaoyang district of Beijing, with a very strong position in the Chinese and international markets. The company was founded in September 2011, after the approval of the Chinese Government, and works under the direct supervision of the State-Owned Assets Supervision and Administration Commission. It is one of the biggest solution providers for the energy industry in China (where it generates over 85 percent of its earnings) as well as for the entire globe. Its vertical integration allows it to offer customers full services to manage the lifecycle of their projects, no matter how complex they are.

The China Energy Group carried out services in over 80 countries and made around €28bn in 2015. The company hires 140,000 employees worldwide, and is a leading firm in engineering and construction in the Chinese energy sector. CEEC is part of the China Energy Group, and is the biggest energy company in China. For Ebioss Energy, this is an important achievement, as it will allow the company to implement its exclusive Eqtec gasifier technology in the gasification projects that both companies are planning in the UK and other key markets, particularly China.

This agreement is based on the execution of international projects to construct power plants that transform waste into synthesised gas, in order to obtain a minimum 15 percent return on the total invested equity. Ebioss Energy has made part of its project pipeline available to CEEC for joint use. In return, CEEC will exclusively outsource Eqtec gasifier technology and will defer to Ebioss Energy’s technical designs for all cooperative projects.

By signing this agreement, Ebioss Energy has managed to position its Eqtec gasifier technology in the energy valuation market and, immediately, in the UK market. This is the result of long-term business negotiations with several construction leaders in the energy sector who have shown their interest in implementing the company’s waste gasification technology in international projects. Moreover, the signature of this contract allows Ebioss to reduce its future capital needs for executing its international pipeline, thanks to CEEC’s financial strength and its ease of credit access.

Ebioss Energy is facing a boom in business due to its ability to harness municipal solid waste. The company strongly believes city waste will be one of the primary sources of energy for the future. Ebioss has invested around €20m in R&D, as a result of which the company is now able to transform waste into synthesised gas, which can be directly injected into General Electric’s Jenbacher engines, specially designed for Ebioss Energy’s technology in Jenbach, Austria, which produce heat and electricity with a very high level of efficiency.

Ebioss strongly believes that, in the near future, smart cities will produce energy from their own waste, making them clean and sustainable. Ebioss holds the best track record for performance in the waste gasification sector, having run a power plant for over 60,000 hours continuously. This track record has attracted the attention of many large energy companies, such as Electricité de France, Engie (formerly GDF), General Electric and CEEC, among many others.

Ebioss Energy has hit many milestones over the last two years. One example is the consolidation of a project pipeline worth €1bn across different countries, including France, the UK, Croatia, Hungary, Bulgaria and Thailand, which is to be developed over the next few years. Ebioss has also completed the development of a key gasification project with L’Agence Nationale de la Recherche in France, in consortium with EDF and the University of Lorraine. Following this, Ebioss also secured a technological collaboration agreement with EDF, based on Ebioss Energy’s gasification technology.

The Extended Gasified Technology Consortium, a project based on the gasification of bio-coal, named Ebioss Energy’s subsidiary Eqtec Iberia the Project of the Year in 2013.

Waste is now one of the biggest problems facing the world’s cities, and it will only worsen in the future if something is not done to change the existing dynamic. The most efficient technology in the waste-to-energy sector is gasification, and generating energy through eliminating waste is now genuinely feasible. In this regard, Ebioss Energy has the support of administrations around the world, and is willing and able to solve the big waste problem. The company’s technology is proven and recognised by major global energy groups, and its competitors face significant barriers in achieving the goals Ebioss has. As European CEO’s Waste to Energy CEO of the Year 2016, I can assure you that Ebioss Energy’s model gives a solid return on investment, and that the company has a strong pipeline of projects worldwide that can generate recurrent revenues. Waste is a problem, and energy is the solution – by providing this solution, Ebioss Energy is ensuring a bright future for the entire world.

Previously published on  ecowatch.news and is republished here under a Creative Commons license.