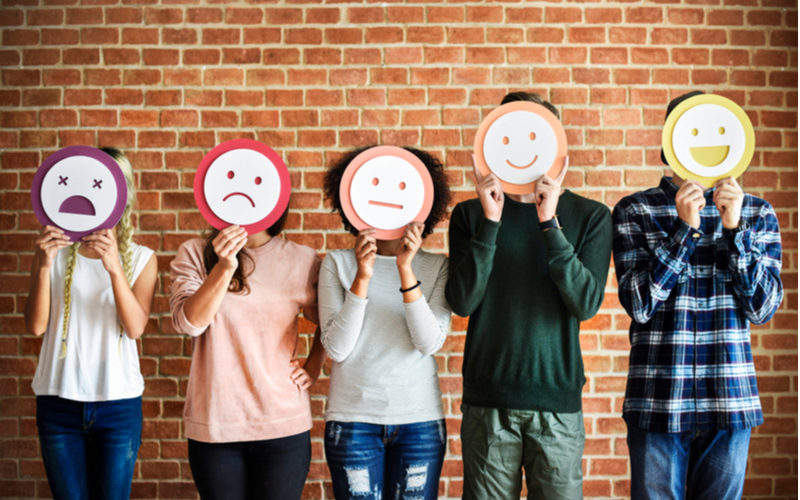 We live in a society that has rules when it comes to every aspect of our lives. These rules are usually not imposed in a manner that the state imposes laws. They are imposed on us by the ones who educate us while telling us what is normal and what is not. Since we were born we have been told what to do and what not to do.

We all have these models that have been inoculated into us. Every single one of us has heard the phrase ‘Do not cry, what are you, a girl?’. Girls have heard it being said to boys and boys have heard it on more than one occasion. Did you ever think about the impact that this phrase has on boys, as well as on girls?

We are going to talk more about it in this article while exploring the nature of emotions, whether there is any difference between how men and women experience it, and why is it wrong to believe that men are not as emotional as women are. Society has been changing and it is time for us to change for the better, as well.

To have a better understanding of how male and female emotions have evolved over time, we have to go back and look at primitive societies. Our ancestors used to live in caves. The only real difference between men and women lied in their physiques: men had stronger bodies than women, thus they could face danger better and they were better at physical work.

These prehistoric humans had two major jobs, to provide food for the family and to protect it from predators. A predator could have been a wild animal, like a tiger, or another tribe that was looking for resources. As men were physically stronger than women, it was the men’s job to do these activities. Women had to cook and take care of their babies.

So far, so good. Everything seems to have a bit of logic around it. However, this has had many implications on how men were perceived in society and how they had to handle their emotions. We can see the consequences of those implications even today.

Men were not allowed to show weakness because, if they did, they were not considered fit to protect their tribe. They were raised not to show emotions, which were considered a woman’s ‘job’.

What the research says

Although there is a popular belief that women are more emotional than men, the actual scientific research begs to differ. The invention of the functional MRI has helped neuroscientists go to greater extents when studying the nature of emotion and they have come to some interesting conclusions.

It turns out that most of the differences between men’s and women’s emotions come from the social roles that society has imposed on men, as well as on women, over time. There are some differences in how the male and female brain works as well; however, it does not mean that men are less emotional than women.

There are two major aspects that have to be considered when measuring emotion: emotional response and emotional regulation. Researchers have concluded that there are differences in the way men and women regulate their emotions. However, the fact that society imposes on men to show less emotion has a bigger influence on how men react to emotions.

In essence, men have emotions, just like women do. The difference is that men were taught that they are not allowed to show it, so their brains have developed in such a way to regulate it differently, meaning that they do not show them as much as women do. They sometimes suppress them and this mechanism of repressing emotions can lead to anxiety and frustration.

What the reality is

Imagine you are an early modern human and you have to fight a tiger. What feelings would you have? Would you be scared? Would the responsibility of keeping your family safe be overwhelming? And now, imagine that you are not allowed to show those emotions. This is what men experience today as well, but not at that scale, in a society that raises men to not show weakness.

The frame we should consider right now is the society we live in today. We are not cavemen anymore. Our families do not have to be protected from tigers or from other threatening tribes anymore. The direction in our society is for men and women to be equals in every aspect of their lives. Why should emotions be different?

Researchers have concluded that the difference in showing emotion does not come from biological differences between men and women as much as they come from the expectations that society has when it comes to feminity and masculinity.

Can it change for the better?

It is essential to consider every human being equal to one another. Expecting men not to show their emotions only because they are men is a type of discrimination. Women have become more independent and strong and our society is not as full of physical danger as it used to be thousands of years ago.

How we talk and the things we say to our children makes a great difference in how they perceive what is going on around them. When a girl hears you say to a boy ‘Do not cry, what are you, a girl?’ she will come to the conclusion that it is not ok for boys to cry and when she will become an adult, she will see crying as a weakness in men.

The same goes for boys, they will see themselves weak because they have emotions and they will understand that it is a girl’s job to show her emotions. Raising our children to be strong is not a bad thing, but being strong involves showing our emotions and it is our responsibility to teach our children that we are all the same, we are all human beings.

This content is brought to you by Tudor Constantin.