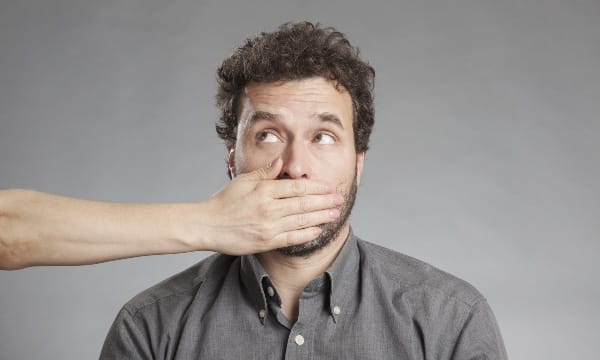 When asked about what former New England Patriots players like wide receiver Josh Gordon say about now playing for the Seattle Seahawks, Coach Pete Carroll kind of laughed saying, “That they are happy to be here.”

Perhaps, an accurate assessment. Yet, what Pete said might have thrown ‘shade’ on Patriots Coach Bill Belichick. That’s what ESPN “First Take” Co-host Stephen A. Smith got. I’m with my Man Stephen A. on his take, as well.

Stephen A. amusingly said, “You [Pete Carroll] ain’t no Bill Belichick.” He acknowledged that Pete is a great Coach in his own right, having won one Super Bowl, although losing one to Bill, too, considering Bill Belichick has won nine Super Bowls. Bill is the acknowledged GOAT (Greatest of All-Time) NFL Coach. Bill might even be considered the GOAT Coach of all professional Team Sports.

Stephen A. transparently illuminated, “So when you talk about how happy people are to be there (in Seattle)… Why don’t you have more Super Bowl Championships to show for it?”

Maybe, Pete’s thesis: “It’s more fun” playing for him as opposed to playing for Bill, which occurs as a subtle or not so subtle ‘dig’. Stephen A. stated the obvious: “You are not Bill Belichick.” He said, “You got to know your place.” I totally agree. In the bigger context, in the bigger picture: Accord Bill his due respect. After all, he’s put in his time in mastering his craft, his art.

Over the years, I believe that others don’t have to earn my respect. I grant them my respect, first. Like bowing in the Dojo. Consequently, what others do, what they say, who they are, shall either raise or diminishes my regard, albeit respectfully. That, of course, goes both ways. After all, I like you, am responsible for what I say or do. More than just saying.

Bill Belichick’s paramount accomplishments speak for and forge his vast regard, his due respect. Co-host Max Kellerman agreed, “The results (Pete’s) are simply not Belichick’s.”

Really, this all comes down to Who the fuck do you think you are? What the hell makes what you say either meaningful or credible? Like Shakespeare said, “To be or not to be, that is the real question.” Just asking, this time.

We all have the inherent freedom of self-expression. The rub is, rather our responsibility in the matter of our self-expression is whether what I or you have to say credible or not. Does what you or I have to say truly make a difference for others, or I am just indulging in some nauseating narcissism that makes absolutely no difference?

Knowing “one’s place” distinguishes: What another has to offer inherently makes some kind of difference. Period.

Aikido and martial arts are the very hierarchical culture, by design, by purpose. There are ascending color belts ranks. There are ascending Black Belt ranks. You respect your senior. You respect and learn from your Sensei. No one is better than anyone. Yet, ideally your senior, your Sensei knows more than you, has more skill, has something of value to bestow upon you.

I associate the GOAT Belichick with my Sensei Dan. Back in the day, particularly when I trained as a white belt, I would never say, “Hey Sensei, maybe you should do kotegaeshi (wrist lock) like this…” I knew less than shit, at the time. Sensei knew way better than me. It never occurred to me to say something like that, because Point #1: I would get yelled at deservedly so. Point #2: I had absolutely no cache, no credibility. What I had to say in that context would have made no difference. None.

Consequently, as I listened to Sensei over the years from mushin (the “empty mind”), grinded it out, and followed his instruction as presently as I could, I evolved my level of respect. Rather, what I had to offer became more useful. What I had to offer was starting to make a difference.

When I was Sandan (3rd-degree black belt), I remember working with Sensei on iriminage (clothesline throw) from morote-tori attack (two hands grabbing your wrist). I asked Sensei whether it’s easier to move my hand through the middle of the attacker’s hands to speed up the technique. I demonstrated to him. Sensei looked at me, and smiled, “Yeah that works.” Yep, Sensei was a man of few words.

Sensei allowed me to be his partner in Aikido. No, he was greater than me. Yet, he respected what I had to offer, what I had to contribute. I had done the work. I just trained. I became credible. I made a difference.

Sure, we can say whatever we want. That’s part of our inherent self-expression. Yet, if I do say something, then what I say must have value or meaning for others. I must be credible in that bigger picture. Or else, why would others listen to what I have to say? Really, just saying.

Bottom line: If I don’t have anything meaningful or useful to say, I should “Shut the fuck up.” Just saying. Rather, not saying. Amen.
—