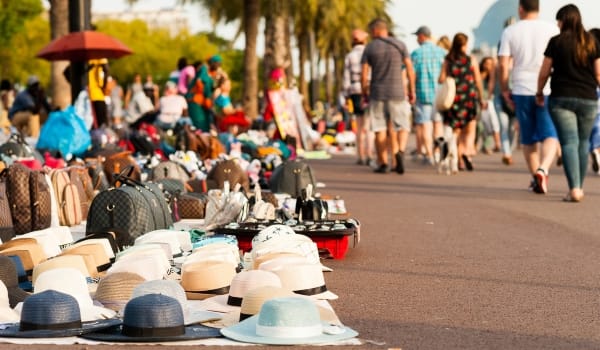 Colombia – The night her husband went hunting and brought home a large tapir, Elsa Vargas* was relieved. After she fed the family, there would be enough meat left to sell to cover expenses for their 17-year-old daughter to attend a boarding school more than an hour downriver by canoe from the tiny Ticuna indigenous community where the family lives.

Sitting in the sunny plaza of Puerto Nariño, a town of about 7,000 people at the confluence of the Loretoyacu and Amazon rivers in the southernmost corner of Colombia, Vargas had just 10 kilograms of meat left to sell when a police officer called her aside.

Although hunting the tapir for food was legal, selling the meat was not. The police officer could confiscate the meat and fine her. Instead, he gave her some advice: next time, wrap the meat in black plastic bags and keep it discreetly out of sight.

Sitting on the floor of the main room of her simple wooden house, bare except for a table, a few benches and some kitchen implements, Vargas chuckled as she recalled her brush with the law.

But Vargas is not alone. The encounter highlights the dilemma faced by families in dozens of communities in this part of the Amazon, where Colombia shares borders with Peru and Brazil.

Under regulations that allow “subsistence” hunting, villagers like Miguel Pérez*, Vargas’s husband, can bring home wild game to feed their families, but cannot sell any of the meat to earn money for other necessities, such as rice, soap or school supplies.

Selling fish, meat or excess cassava, corn or beans from their fields is one source of income for villagers in the Ticuna, Cocama and Yagua Resguardo, an indigenous territory in the municipality of Puerto Nariño, on the Amazon River.

The result is an underground market for bushmeat, or wild meat, in which buyers and sellers connect by cell phone and meat changes hands in plain black plastic bags.

Researchers who have been studying the market believe it could be made safer—and more sustainable—if it were legalized. The key, they say, is to involve local people in the planning and monitoring, to ensure that the regulations respond to local needs.

“It is difficult to generalize, because there is such a diversity of situations in Colombia,” said Nathalie Van Vliet, an associate researcher at the Center for International Forestry Research (CIFOR), who studies the hunting, sale, purchase and consumption of bushmeat in and around Leticia.

“The legal framework has to be flexible enough to allow for local realities to be taken into account,” she said.

Researchers, government officials, hunters and members of conservation organizations gathered in Leticia on 5–9 October last year for a workshop to draft recommendations for regulatory changes that would allow members of small communities to sell bushmeat legally.

“The aim of the workshop was to acknowledge that this type of commercial hunting—which is for both subsistence and sale, and which is already a reality in most areas—needs to be differentiated in regulations,” Van Vliet said.

She and other researchers identified four regulatory “bottlenecks” that prevent community hunters from selling meat legally.

Colombian legislation allows regional governments to issue commercial hunting licenses and set quotas for game based on a national list of species approved for hunting. But the national Environment Ministry has not drafted such a list, which, by law, must be updated quarterly.

The Health Ministry also lacks butchering and meat-handling regulations for wild game, which would ensure that any bushmeat sold on the market is safe to eat.

Regional governments are responsible for issuing hunting licenses and monitoring the impact of hunting on wildlife populations, but there is no standard monitoring methodology, the researchers said.

The legal framework has to be flexible enough to allow for local realities to be taken into account.

In addition, an application for a commercial hunting license requires a detailed environmental impact study and management plan, calling for technical expertise beyond the reach of small-scale hunters.

Participants at the October workshop drafted some general recommendations that point toward possible solutions to those problems. Many called for more participation by local hunters in the drafting of regulations and in monitoring the impacts of hunting.

One challenge—on which the participants did not agree—is how to incorporate small-scale selling by community members into legislation.

“What is needed is a legal framework that is flexible enough to differentiate between this kind of hunting—which is both for subsistence and commercial, but on a small scale—and large-scale commercial hunting,” Van Vliet said.

One possibility would be to expand the definition of “subsistence” to allow the sale of meat from time to time—which would essentially recognize the current situation, she said.

Setting limits for “subsistence” hunting for the market and defining “from time to time” could pose difficulties, however.

“They would have to follow rules, but not the same rules as those that apply to a private company,” Van Vliet said.

The detailed environmental impact statement and management plan, for example, could be replaced by community monitoring systems—some of which are already being tested—to ensure that populations of the most commonly hunted game animals remain stable.

“There would have to be a process to define the rules, monitoring systems and other aspects. The process would have to be participatory and involve local people, but those points must be defined,” Van Vliet said.

The hunters have taken a step in that direction by forming an association called Airumaküchi, which means “Tigers from the Water” in Ticuna. The group is receiving technical assistance from CIFOR.

“The objective of the hunters’ association is to promote the sustainable use of wildlife as a way to improve food security and revitalize cultural identity,” Van Vliet said. “This is one way in which local communities can test wildlife management models that could inspire policy makers.”

* Names have been changed to protect sources.