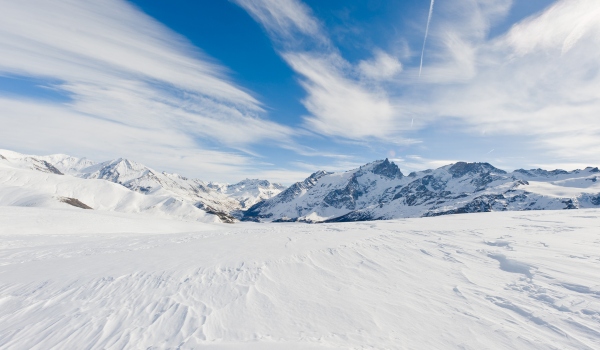 On the agenda at the secret meeting of scientists and the top brass of the US military was the increased melting of Arctic ice and changes in the climate.

Senior scientists told of an extended period of warming in remote areas of the north. The meeting was told that many Arctic Ocean ports were ice-free for longer periods; US national security was potentially being threatened by increased Soviet marine activity in the region.

The year was 1947 and the gathering was at the Pentagon, the US defence headquarters outside Washington. Thereafter, according to a study examining scientific research in the Arctic in the post-war period, US military activities in the region – particularly in Greenland – were radically ramped up.

The study uses recently declassified US and European archive material to illustrate how issues of national security acted as the main stimulus for environmental research in the Arctic and elsewhere in the period after WW2.

Russia in the lead

“Russia was far ahead in terms of Arctic research,” Matthias Heymann, an associate professor at Aarhus University in Denmark and one of the co-authors of the study, told Climate News Network.

“In the 1920s it had set up a number of research stations in the Arctic, collecting considerable amounts of data.”

Greenland became an important stop-over point for US military flights during WW2 but it was only in the late 1940s that the US and other western powers, conscious of the Arctic’s growing strategic importance, expanded their research in the region.

“This expansion didn’t happen just because geophysics is interesting and scientists happened to be interested in it. It was driven by military interests,” says Heymann.

Denmark had ruled Greenland – the world’s largest island – as a colony since 1814; after the war Copenhagen wanted the US military to leave the territory.

“From the outset of negotiations the US made it clear that Greenland was a very important piece of land,” said Heymann.

Washington offered to buy Greenland from Denmark for US$100 million. Denmark refused, but subsequently granted the US military access to various areas on the island.

Thousands of meteorologists were employed by the US military to carry out Arctic research. The US army, navy and air force all set up Arctic research stations and put funds into university programmes investigating the region’s environment.

“Earlier in the 20th century there was significant warming in northern regions,” Heymann said.

“Though climate research as we know it today didn’t exist back then, the melting ice changed the military dynamic in the area and acted as a spur for more research.”

The military base at Thule on Greenland’s northwest coast was built up to be the biggest such facility outside the US. In 1968 a US bomber carrying four nuclear warheads crashed near Thule; the exact circumstances of the crash and what, if any, pollution it caused are still not known.

The study details some of the work undertaken by western researchers in the post-war period; high-altitude meteorological analysis examined the composition of the atmosphere above the Arctic and how missiles might behave when passing through it.

The make-up of icebergs came under scrutiny; sounds they make as they move in the ocean waters could interfere with listening devices on submarines.

“All these efforts in the early cold war provided the basis for knowledge of the Arctic that is still of vital importance today,” says Heymann.

“The early cold war very much helped establish good sets of data – our knowledge of the Arctic would be much more limited without them.”

Climate change – in the Arctic and elsewhere – has come to be a major issue of  concern to the military in many countries.

A recent report by a group of senior American defence experts says the impacts of climate change present “significant and direct risks to US military readiness, operations and strategy”. – Climate News Network