Caixin is one of the most well-known economic and finance news sites which had resisted the pressure from China’s propaganda department with its in-depth investigative reports. 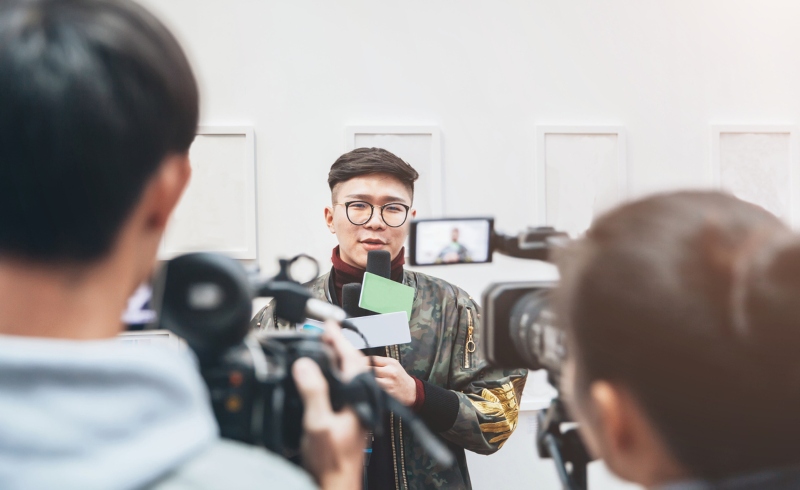 Chinese media outlets have been accused of echoing the Chinese Communist Party’s political propaganda in understating the severity of the COVID-19 outbreak. It was only on 20 January 2020 when Beijing finally admitted the existence of human-to-human transmission.

But the surge in the number of confirmed infected cases and the sudden shutdown of Wuhan on 23 January probably encouraged several mainland Chinese journalists to overcome their fear of reprisal by reporting the real situation on the ground.

Caixin is one of the most well-known economic and finance news sites which had resisted the pressure from China’s propaganda department with its in-depth investigative reports.

A few days after prominent Chinese pulmonologist Dr. Zhong Nanshan’s confirmation about human-to-human transmission of the novel coronavirus was aired on China Central Television on 20 January, Caixin interviewed Hong Kong microbiologist Guan Yi who estimated that the scale of the COVID-19 outbreak could be 10 times bigger than the Severe Acute Respiratory Syndrome (SARS) outbreak in 2003. But the warning was neglected as a majority of media outlets followed the propaganda authority’s instruction to avoid creating social panic in China.

Caixin’s latest investigation published on 26 February found out that at least 9 samples collected from patients with unexplained viral pneumonia had been sent to multiple labs for testing as early as December 2019. Upon interviewing a number of medical doctors who were in charge of treating patients at the very initial stage of the outbreak, Caixin journalists obtained a list of labs which had helped the hospitals to run an analysis of the new virus. Upon testing, a lab in Guangzhou found out that the genome sequence of the new virus was 87 percent similar to Bat SARS-like coronavirus. The lab shared the results with the China Institute of Pathogen Biology and Chinese Center for Disease Control and Prevention on 27 of December. However, the National Health Commission issued a new regulation banning all the labs from sharing and releasing their test results in early January.

China only allowed the release of the genome sequence of COVID-19 to the World Health Authority (WHO) on 11 January, two weeks after they got hold of the result. Caixin’s report is explosive since it showed how Beijing had withheld a very significant public health information for 14 days. The genome sequence is essential not only in the production of a diagnostic test but also in tracking the origin of the virus and prevent an outbreak in the future.

The investigative report was quickly removed online but netizens have archived the report here.

Hubei authorities covered up the outbreak

This is not the first time Caixin’s investigation was erased by the propaganda authority. In early February, an investigation that questioned the data of the confirmed infection and death toll was also censored. A doctor from the fever branch of a Wuhan hospital told Caixin that out of 120 fever patients they received on a single day, about 80 of them had pneumonia but only 5 were admitted while the rest had to quarantine themselves at home. Caixin’s reporters also interviewed a dozen families who shared that many of their relatives had died of unexplained pneumonia before testing for COVID-19 became a standard procedure.

Another censored investigation was an interview with one of the experts from National Health Authority who visited Wuhan on 8 January and reported two days after that the outbreak was under control while refuting any trace of human to human transmission. The expert added that they had visited the fever branch of seven major hospitals but received no reports of medical workers getting infected with COVID-19. Even though the team suspected that there was already human to human transmission of the virus, they had not collected any evidence from their visit which they attribute to the unreliable testimonies given by local health authorities and hospital administrators.

On 10 February, two top leaders of Health Commission in Hubei were dismissed from their positions since they were held responsible for the outbreak in Wuhan.

In an interview with Li Wenliang, the whistleblower who died of COVID-19 on 6 February, Li said that local authorities were aware of human to human transmission as early as 8 January.

Apart from being subjected to censorship, Caixin’s investigations are often labeled by authorities as a rumor. On 20 February, Caixin reported on the COVID-19 outbreak in an elderly center in Wuhan which reportedly claimed 11 lives. Yet, the majority of the cases were not counted in the death toll since the fatalities were not tested for COVID-19. Wuhan authorities flagged the report as a rumor the following day on popular Chinese social media site Weibo and claimed that the Wuhan Civic Affair Bureau had tested all the elderly in the center which identified 12 confirmed cases and one COVID-19 death. In response, Caixin published a list of 19 deaths between 23 December to 15 February. The list showed that at least 7 of them had died of pneumonia, 3 from unknown viral infections, 2 sudden deaths, and 7 from heart failure.

As of 1 March, the total number of confirmed COVID-19 cases in China is 79,971 and the death toll is 2,873. While the figure is still big, the number of new confirmed cases has been declining for over a week and the Chinese propaganda agency has already published a book titled “China combatting COVID-19 in 2020″ (大國戰疫 2020）to glorify the state achievement in the handling of COVID-19. It is an indicator that control of the media sector might be tightened again to manipulate the flow of information about the COVID-19.