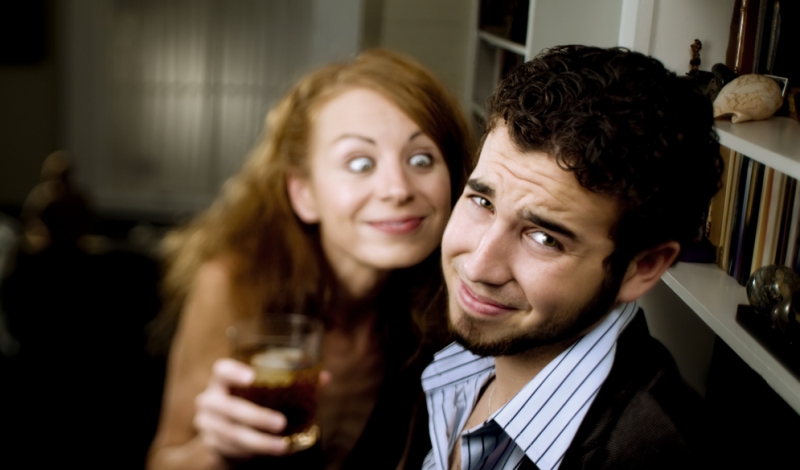 I remember the first time I decided I didn’t want to wait around for a guy to pursue me. It was in the seventh grade, and there was this really cute guy who I was way too afraid to talk to. Every time he looked at me and smiled, my first reaction was to hide. I was shy.

But then he lost interest, or maybe assumed I wasn’t interested. I mean, it was seventh grade. Either way, I realized I had lost out on a chance, so I decided I didn’t want to be shy anymore.

I wanted to be this empowered confidant female, or at least work my way to becoming one. I was growing up with “Girl Power” and listening to the Cheetah Girls sing about not waiting in a tower for prince charming to save her.

Waiting around did not appeal to me at all. If I was interested in someone and could do something about it, then I wanted to at least try. Though my aim was to be confident and empowered, it took nearly ten years for me to realize that I was doing something wrong. Since I was in high school, I started asking guys these questions: “Do you want the woman to make the first move? Do you like being pursued?”

Every guy my age always answered, “Yes.” They told me it felt good to know the woman was interested. It felt good to be pursued. They liked not having to put in the initial effort by making the first move, because it can be really scary for them.

So, I listened to their advice all throughout high school and college. And what did I learn? My experiences, and the experiences of women I knew, did not match what I had been told.

At this point, I’d like to point out that both my parents have taught me my entire life to never pursue a guy. They always said he should pursue me. But I decided that as a feminist, I didn’t agree with this logic.

However, what I learned from my dating experiences is that guys genuinely enjoy the chase. It’s an ego boost to know that they put in the effort to win over the woman they wanted. It makes them feel accomplished, happy, and more manly.

But what about women who make the first move or pursue guys? How does that make both men and women feel?

The phrase “first move” can definitely be interpreted in many ways, so let me make it clear what I mean. On Match.Com, Dave Singleton has a very good definition: “The first move doesn’t entail throwing yourself at a man. Acknowledging him with eye contact or giving him a smile is definitely the first move, and guys love the feeling of being flirted with by a woman.”

The EHarmony staff has some more advice on when a woman makes the first move: “It lets them know she’s interested (and it’s a real confidence boost!).”

So guys can actually like it when a woman makes the first move. This all depends on the type of guy. Some guys might be uncomfortable with it, because he may think it’s unladylike, he’s intimidated, he feels emasculated, or he’s just traditional.

For guys who like it when women make the first move, they think it’s confident, sexy, and takes the initial pressure off.

However, the big mistake that can happen is that just because a woman makes the first move doesn’t mean she should make the next few ones. EHarmony also adds, “Guys want and need to be part of the delicate dating chase. If you do all the work, they’ll just stop chasing.”

Though men may like the idea of feeling pursued, they can lose appreciation for a woman who came easy to him.

The most visual way I have recently seen this take place is through Latin dancing, which is all about males leading the females. I started taking bachata and salsa lessons not too long ago, and my instructor pointed out to me that I was trying to lead. She said I had to wait for the man’s signal to let me know what to do next.

This is not so easy to do in practice. It takes a lot of nuance and attention. At a dance social I realized that not only are men expected to lead on the dance floor, they were also expected to ask the women to dance.

This led to an interesting scenario for a woman like me who doesn’t like to wait around for a man to initiate the first move. I was frowned upon when I asked anyone to dance instead of waiting to be asked.

However, when I found myself on the dance floor trying to follow closely to where the men were leading me, I noticed something strange happen. I had a lot more fun.

I know that the men varied in skillset, and some even told me it was hard to figure out what to do next, but we both enjoyed the experience of dancing more when I let them lead the way instead of trying to take charge. I felt more carefree, and like the pressure was off of me. And I noticed that whenever I did try to dictate the next dance steps, my partner often responded with embarrassment and insecurity.

So, in other words, dancing was far more enjoyable for both me and my partner when I let him do his thing. I also felt happier when I was asked to dance instead of when I asked someone to dance.

I think that Latin dancing is a lot like dating. Perhaps a girl can make the first move by asking a guy to dance, but from there he figures out the next steps.

Stephen Hussey, co-writer of the book Get the Guy, says that women can approach men first, “As long as he feels like he pursued and earnt her attraction. See, it’s true on some level that men like to feel like they have done something to impress you, but there’s no reason this has to be on the initial approach.”

He goes on to advise, “Even if you give a guy a flash of initial attention, you can now make it his job to try and keep your attention. This is what really makes him desire you and feel like you’re a prize.”

This post was previously published on Hello, Love and is republished here with permission from the author.
—