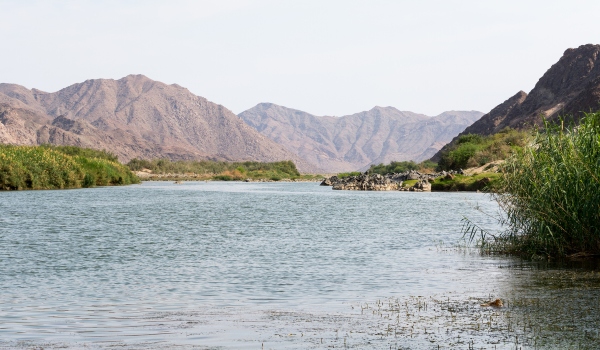 A group of distinguished climate scientists has called for a massive international co-operation to understand absolutely basic climate change. And their call exposes the uncertainties that still make long-term climate predictions uncertain, unsatisfactory and sometimes unconvincing.

“Knowing that the globe is warming through human activity is like understanding that cancer is caused by runaway cell division,” said Christian Jakob, a climate scientist at Monash University in Australia, and one of the authors.

“It is just the start of the challenge. While global mean temperature provides the canvas, the details of future changes will emerge at regional levels. It’s at these levels that we will feel and need to adapt to the impact of climate change, economically and socially.”

The point is that there is no doubt that human action has set off a process of accelerating climate change, by clearing the forests, changing the natural cycles of the terrestrial landscape, and by excavating and burning colossal quantities of fossil fuels to release rising proportions of carbon dioxide into the Earth’s atmosphere.

But within that global understanding there remain three profound questions that have yet to be answered in the kind of detail that would permit accurate prediction.

Vanishing carbon
One is: where does the carbon go? For the last 10,000 years or so, carbon dioxide levels in the atmosphere remained more or less the same: plants photosynthesised tissues from atmospheric carbon, oceans dissolved atmospheric gases, rocks reacted with the atmosphere to form mineral carbonates, herbivores consumed plants, man and other carnivores devoured grazing animals, but the overall ratio of the greenhouse gas carbon dioxide remained the same.

But now, to make sense of the precise link between greenhouse gases and climate change, researchers must first understand in much greater detail how the oceans and the land absorb atmospheric carbon, and in what quantities.

The second question they outline, in an essay in the journal Nature Climate Change, is: how will the weather change with climate?

Climate is what farmers bank on when they plant rice rather than rye, weather is what they get with a sudden sustained summer drought, or a late spring ice storm, or torrential harvest time floods. So what, in a world 2°C warmer, or 4°C, would that mean for a community?

Regional focus
“To put it in a particularly Australian way, we don’t plan for a bushfire season based on what is happening to global average temperatures, we look at the temperature and humidity in our area instead,” said Professor Jakob.

Which raises the third great question: how does climate affect the habitability of the Earth and its regions? There have been warnings that climate change could bring lethal extremes of heat and humidity to parts of the Gulf region, and render conditions in parts of North Africa and the Middle East intolerable.

There have been predictions that extremes of drought and flood could increase, too, in Australia. But scientists don’t yet understand precisely the way overall climatic conditions play out in regional geography.

“Until we focus on regional phenomena, in a place like Australia we may struggle to know exactly how rainfall, heat waves and sea level rise will change in different parts of our country,” said Sarah Perkins-Kirkpatrick, of the University of New South Wales, and a co-author.

“We need to reveal these impacts so we can protect regional agriculture, infrastructure and the Australian environments we have all come to know and love, such as the Great Barrier Reef.”

“ . . . a growing influx of the best scientists’ talent is needed to prepare for the surprises to come”

The scientists, from Germany, France, Australia, the US, the UK and Switzerland, want to build a global co-operation of the kind launched decades ago at CERN in Geneva to understand basic climate change as CERN worked to understand particle physics.

They call for advanced climate simulation systems that can model outcomes with ever greater precision and ever smaller scales, and for sustained, long-term observation of the machinery of the planetary climate system: among them the complexities of the water cycle, involving the evaporation of soil moisture, the formation of clouds and the conditions for rain and snow fall.

Only then could researchers understand why climate continues to surprise: why so much of the Arctic sea ice disappeared in the summer of 2007; why almost all of the surface of Greenland started to melt in 2012; why drought and heat waves hit Russia so harshly in 2010.

“The human spirit is alive in climate research, as witnessed by the responses to the surprises encountered in the past,” they conclude, “but a growing influx of the best scientists’ talent is needed to prepare for the surprises to come.” – Climate News Network