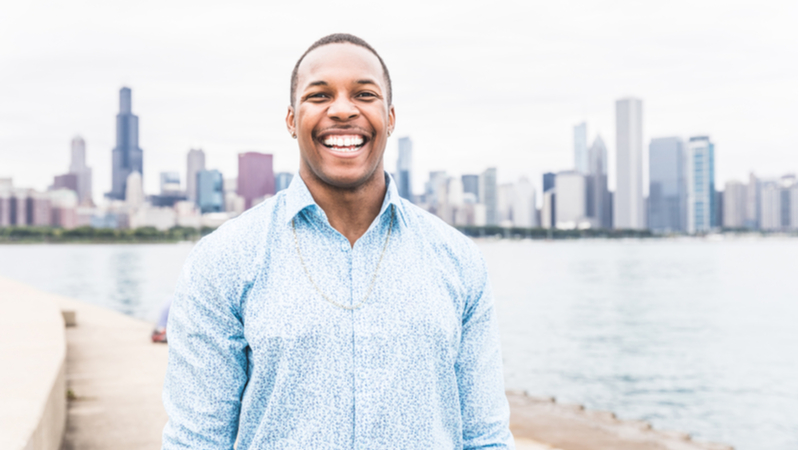 I’m spoiled. I grew up in Philadelphia, the 6th largest city in America, a melting pot of culture. From the African-American communities dispersed throughout, to the white-driven section that is Rittenhouse Square, to the Asian communities of West Philadelphia and Hispanic households all over, Philadelphia knows and embraces diversity. Brotherly love is not just a catchphrase; it is prevalent throughout the city. People from all walks of life mingle with individuals different from themselves, creating a beautiful tapestry that includes various cultures, ideologies, perspectives, and ethnicities.

Moving from Philadelphia to Arkansas taught me the importance of broadening your horizons and embracing diversity. Arkansas is home to the Little Rock 9, a group of African-American students that were the first to integrate an all-white school in the late 1950s. They experienced an onslaught of violence, hatred, and animosity from the majority due to their different hues. Fast forward 50+ years and the remnants of atrocities such as this still exist. From my vantage point, in Arkansas, minorities aren’t given the same consideration or respect white folks garner. Instead, they’re seen as second-class citizens and are often treated as such. This creates a dynamic where minorities desire to become part of the majority, forsaking their differences to fit in and be accepted by the masses. Call it “whitewashing.” I almost fell victim to this.

In 2010, I begrudgingly moved to Arkansas with my entire family. The hustle and bustle of North Philadelphia starkly contrasts the peace and serenity that is Northwest Arkansas (NWA), home to Walmart, the world’s largest company by revenue. Because of this, I initially refused to embrace where I resided, wanting instead to return to the skyscrapers and concrete we’d left behind. This perspective made living in the Natural State unbelievably challenging. I hated it there. After 6 months of this, I realized I could either begin to embrace my new home or else wallow in the never-ending bottomless pit that was my misery. In an effort to mature, I decided to choose the former over the latter, embracing as much of the Arkansan spirit as I could. Sadly, this wasn’t enough.

I found myself in a position for the first time ever where my personality was under attack for no reason other than this: I embrace who I am to the fullest and am not afraid to showcase what makes me unique. I quickly learned that not every place is as accepting of or open to diversity as Philadelphia is. It’s not the golden standard, but there is a substantial difference between my birthplace and the way those native to NWA treated me. Those I was around seemed perturbed by my mannerisms, not because they were problematic, but because they were different. Being different was a bad thing for the first time in my life. Even my close friends seemed caught up in what I call a “cult of personality,” trying harder to be like everyone around them more than they sought to be their true authentic selves. It was in NWA that I saw how damaging staying within one’s comfort zone can be, especially when it comes to interacting with those that are distinct from oneself. I was put in a position where I either became someone I wasn’t in an effort to be liked or moved on in some way. So that’s what I did.

In the Fall of 2018, I moved to the Greater Chicago area after landing a job as an Operations Manager for Amazon. It was here that I remembered why I love major cities so much. Skyscrapers and concrete aside, there’s a level of diversity there that NWA cannot rival. This reignited a passion in me to broaden my own horizons, venturing outside of my comfort zone to become a better person. I took many excursions to places I’d never been in an effort to gain a new point of view. From the Second City Theater in Old Town on the Northside to the Ford City Mall on the Southside, Chicago has ample places to meet varied individuals. No two people are the same, so it doesn’t make sense to me to try to be like everyone else. Moving to Chicago reminded me of that and much more.

Nowadays, I take pride in venturing outside of my comfort zone. At first, like most people, I didn’t. I stuck to what I knew and/or what felt comfortable, even in Philly. It wasn’t until I got to college that I saw perspectives different from mine and became interested in them. I’ve since come to see a connection between intellect and diversity. The more an individual is willing to step outside of their comfort zone, the more insight they receive, making it easier to withhold judging others, jumping to illogical conclusions, or just missing out on the ability to grow in a plethora of ways. Stepping outside of your comfort zone is a lot like nutrition: The more varied your diet is (hopefully with food that won’t kill you), the healthier you are. Similarly, the more you venture out into the unknown, the easier it is to navigate. The more time you spend outside of your comfort zone, the easier it is to deal with discomfort, especially in regard to other people.

Additionally, interacting with people from other cultures and experiences has shown me how dangerous stereotypes and snap judgments are. Every racial group has good and bad stereotypes that follow them everywhere. I too once allowed negative stereotypes to influence who I interacted with and how I treated those different from me. That’s no way to live – allowing media, other people’s opinions, or emotions like fear and/or hatred to influence how you interact with people from other backgrounds. My judgmental nature subsides the more I’m willing to push past what I think I know and embrace what is, regardless of context.

Not everyone is ready or willing to embrace diversity at the highest level. As for me, I’m all in. I’ve learned a great deal from people that aren’t like me. I have insights and intellectual prowess that didn’t exist before – all thanks to my ability to get over myself and learn from the unique people around me while suspending judgment – with emphasis on suspending judgment. It’s made me a better son, brother, boyfriend, friend, coworker, college student, and person. Like my diet, I can’t see myself going back to my old ways. I like being this smart.

So what are you waiting for? Get out of your comfort zone. Go broaden your horizons.

If you believe in the work we are doing here at The Good Men Project and want a deeper connection with our community, please join us as a Premium Member, today.