Crops to produce biofuels could be grown on marginal land, US scientists say, cutting the use of carbon and leaving productive land for growing food. 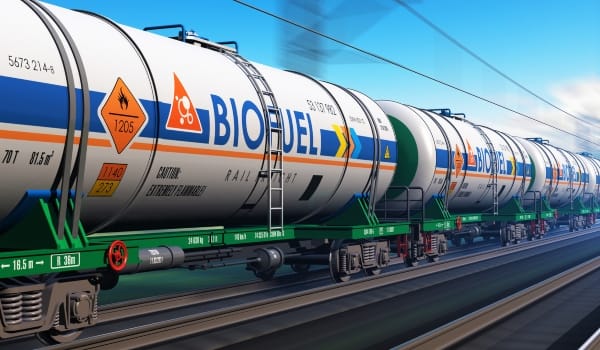 LONDON, 31 January – Otherwise unproductive land in the American mid-west could grow 5.5 billion gallons of ethanol a year, according to new research.

This could deliver about a quarter of the biofuel from cellulose demanded by US Congress targets by 2022, scientists say.

Cellulosic biofuel can be made from wood, grasses or the inedible remnants of plant crops. It is already manufactured from surplus maize, sugar cane and other agricultural crops, but as the world population moves steadily towards an estimated peak of nine billion, there is obvious pressure to use productive land only for producing food for an increasingly hungry world.

There are also worries about the cost of fertilisers and tilling machinery to deliver high yields, and the cost of the fuels that would be burned in the course of gathering and handling the harvest and delivering it to a refinery.

But Ilya Gelfland of Michigan State University and colleagues report in Nature that they considered marginal land in 10 mid-Western states, and used 20 years of data from the National Science Foundation’s long-term ecological research site, the Kellogg Biological Station.

They made estimates of comparative primary productivity, and looked at the greenhouse gas impacts of different crops, among them corn, poplar, alfalfa and old field vegetation – those annuals that colonise stubble and pasture allowed to go fallow.

Altogether, they studied six different cropping systems. They then harnessed a supercomputer to calculate the biomass output needed to support a local biorefinery – no more than 80 kilometres away – with a capacity of at least 24 million gallons of bioethanol a year.

They found that corn, soybean and wheat rotated, without any tilling, could produce about two thirds of the yield of fuel energy delivered by fertilised crops: a clear win for the environment because there would be no carbon debt.

Ultimately investors could expect 21 billion litres of fuel a year from 11 million hectares. Some of this fuel could be delivered by “wild” vegetation on fallow land.

The exercise was a simulation: the real test will come when farmers begin to use farm machinery and manage water to grow and collect increasing quantities of cellulose from otherwise unused land and deliver it to refineries that have yet to be built.

But the research suggests that marginal soils could be a better bet than prime land for such a purpose.

“The value of marginal lands for energy production has been long-speculated and often discounted,” said Philip Robertson, director of the Kellogg station, and a co-author.

“This research shows that these lands could make a major contribution to transportation energy needs, while providing substantial climate and – if properly managed – conservation benefits.” – Climate News Network