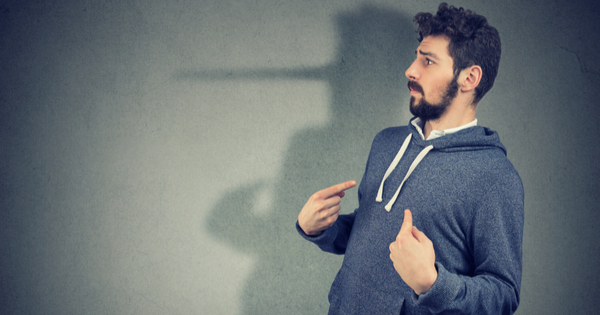 It’s December 24th. My sons, 7 and 4, are drifting off to sleep, visions of sugar plums dancing in their heads. Suddenly, there’s a sound outside. Distant and muted at first, but it’s drawing closer, louder. As it approaches, the sound becomes distinguishable: jingle bells.

Is that what we think it is? Are Santa’s reindeer preparing to crash land on our roof? “Hurry!” I tell my kids. “Close your eyes! Santa won’t come in if he knows you’re awake!”

It’s just another society-sanctioned lie we tell our kids: Santa, the Tooth Fairy, your face will get stuck that way, everything’s going to be okay.

Harmless enough, and every culture has its legends and myths, right? It’s the parenting version of, no, I didn’t forget our anniversary; yes, I’d love to have your mother over for dinner; of course your butt doesn’t look big in those jeans.

It’s ubiquitous: a 2009 study found that, while 70% of parents teach their kids lying is unacceptable, 80% actually lie to them. And when their children were surveyed, 90% identified a lie their parents told. Cross referencing that research with a scientific and extremely objective analysis of my own behavior, I found the following types of lies:

This lie is the most tempting and, I’d argue, damaging to your parenting cred. It’s parenting-by-lie. Instead of doing the hard work of parenting, we create a story that does the work for us. Am I guilty of it? Of course. To this day, my kids believe flickering the lights to create a strobe effect will burn the house down. (Then again, my building is 100 years old, so maybe there’s something to that?)

A more egregious version is, “if you don’t put your seatbelt on/stop screaming/etc., the police will come.” I can tell you, as a father of four, I owe a huge debt to the innovator who came up with that one. It’s saved my ass plenty of times!

The Lie to Simplify

The world is a complex minefield of inconsistencies and contradictions, conflicting needs and confusing motives. But kids aren’t born able to understand that. They need black and white truisms, they do not need details. There is an age at which kids need to believe, for instance, that police are the good guys. So, we turn to white lies to maintain the appearance of a world that is comprehensible and reliable.

Another version of the Simplify Lie is, “spinach will make you stronger,” or “eat your vegetables or you’ll go blind.” That’s less of a “lie” than an oversimplification of complex, long-term effects. We tell these lies all the time. (And by “we,” I mean I.)

This is related to the above, only instead of concerning a child’s relationship to their world, we soften the blow of bad news in order to manage their emotions. This one is hard; even the most honest parent hates to see their kid crushed by disappointment. (Or throw a tantrum.) It can run the gamut, from “we sent the dog to a farm upstate,” to “maybe your coach sat you during the game to give you some rest.”

Here’s the thing about all of the above: they’re shortcuts. They’re well-intended and, we reason, quickly forgotten. But it’s up to us as parents to discern when lying becomes a disservice. We should know our children well enough to tell when our kids can wrap their heads around the nuance of the world, or when they’re capable of the reasoning and empathy that explains why they should stop flipping the damn light switch.

It turns out, children can distinguish lies earlier than we thought.  And we have to be unflinchingly honest with ourselves about when we’re telling a lie that’s damaging in the long term, just to get through the short term. Kate Roberts, Ph.D., school psychologist and former Psychology professor at Brown University, writes, “The reality is, children can deal with almost any disappointment if provided parental support. It works the other way as well: If children are repeatedly lied to by their parents, then they begin to doubt and distrust even the simplest realities.”

I’ve always felt guilty about the Santa stuff. My dad used to insist that they never explicitly told us there was a Santa Claus, because they didn’t want to lie. But recently I realized… I had a generous Tooth Fairy! So, was he lying about lying?

Every culture has its folklore. That ours is centered around mythical creatures who give presents and money and inspire consumer stampedes the day after our national day of gratitude is plenty problematic, but it’s cultural folklore nonetheless.

That being said, exactly three years after the night of the jingle bells, my son, sound asleep this time, heard his mother’s phone chime. He groggily got up to investigate, no doubt hoping to hear the pitter-patter of reindeer hooves. The phone chimed again, and he picked it up to find a text message from me. “Just finished wrapping presents,” it said. “I’ll bring them over and put them under the tree before the kids wake up.”

And with that, the jig was up.