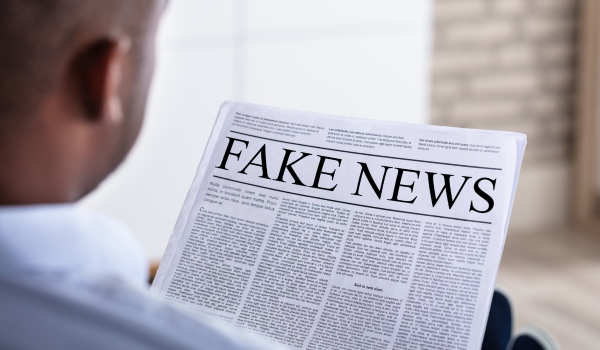 For better or worse social media have become part of politics everywhere in the world, including in Indonesia. The entanglement of politics and social media is more pronounced in election campaigns as candidates and their supporters are aggressively using the platforms to win elections.

Advancements in communication technology make it easier and more affordable for political parties, politicians and supporters to get their message across. Based on recent developments, as exemplified by the cases of President Donald Trump in the US, “Brexit” in the UK, and the gubernatorial election (Pilkada) in Jakarta, some suggest that social media campaigns are shaping accounts to such an extent that the democratic process itself is under threat.

Many observers focus on the proliferation of fake news, pointing out that social media have ushered us into the post-truth era. I, however, see fake news as a logical consequence of market-driven media and political campaigns. Today’s campaigns rely on a commercial framework where marketing and branding have become integral to campaign strategy.

Both sides engage in post-truth politics

During Pilkada campaigns, all candidates had designated social media teams as part of their branding strategy. Basuki Tjahaja Purnama or Ahok relied on Jasmev and Teman Ahok. Agus Harimurti Yudhoyono was supported by KaribAgus, while Anies Baswedan established JakartaMajuBersama.com.

Although volunteers for all of the campaigns claimed they focused on positive messages, in practice this was not the case. Further, while none of the candidates publicly admitted to doing so, all employed buzzers who are paid for their tweets.

They also took advantage of micro-celebrities, such as Denny Siregar (pro-Ahok) and Jonru Ginting (anti-Ahok), to support their campaigns. Micro-celebrities are politically motivated individuals who use social media in presenting their political and personal selves to gain public attention to their cause.

It is incorrectly assumed that lies and untruths revolved only around the anti-Ahok campaign, and that the Ahok campaign generally focused on winning over the rational voters. My data show both sides engaged in post-truth politics. They framed information and stories by appealing to emotions with very little or no regard to policy details and objective facts.

Both pro and anti-Ahok campaigns maintained websites that provided one-sided information. Most were created just months prior to the Pilkada. And, yet, some sites, such as seword.com, very quickly gained a popularity that matched or even exceeded mainstream news media.

Some sites deliberately published fabricated content and disinformation. For example, some pro-Ahok websites were spoofs of Islamist websites, trying to make readers believe they were visiting the original websites. Examples include arrahmahnews.com, which was a spoof of arrahmah.com, voa-islamnews.com instead of voa-islam.com, and pkspuyengan.com instead of pkspiyungan.com.

Ordinary users also played an important role in the campaign. While facilitating freedom of expression, social media also encourage users to practise the freedom to hate as individuals exercise their right to voice their opinions while actively silencing others. These dynamics provide fertile ground for sectarian and racist narratives to flourish.

Conversations and interactions among social media users on Pilkada were generally characterised by the construction of common enemies marked by derogatory labelling.

Ahok supporters were not short of labels for their opponents either. They framed their opponents as anti-nationalist and traitors; radical Muslims (deviant Wahhabis, apostates, “robe-wearing thugs” (preman berjubah), terrorists and ISIS supporters), and anti-science (“the idiot tribe”, “camel people”, “flat-earth people”, “short-tempered people” and “angry mobs”).

The polarisation between the two camps was so prominent that it obscured other groups. Many Ahok and Anies voters did not belong to either camp. Some Jakartans voted for Ahok based on his achievements while disagreeing with some of his policies. Some Anies voters were troubled by Ahok’s pro-elite and anti-poor policies.

These alternative voices, however, were not expressed on social media. In this polarised environment, any opinion or expression that was complex or nuanced, or simply did not adhere to either camp, was rarely welcome.

Studies show users’ exposure to information on social media is driven by algorithms presenting information based on their own interests. This potentially puts social media users in a filter bubble that isolates them from a diversity of viewpoints.

I have observed, however, that Indonesian users typically have a large and diverse network of contacts (often more than 1,000 “friends”), which exposes them to varied discussions. For anti- and pro-Ahok social media users, however, disagreeable information just confirmed their own viewpoints. Further, it intensified the antagonistic relationships they cultivated with their opponents.

This dynamic perpetuates the formation of what I term “algorithmic enclaves”. They are formed whenever a group of individuals, aided by their constant interactions with algorithms, attempt to create a (perceived) shared identity online for sharing with each other, defending their beliefs and protecting their resources from both real and perceived threats.

The algorithm itself does not predetermine the formation of enclaves. It is not the information per se that facilitates amplification processes but the sharing and discussion of the information within the enclave, whether negatively or positively, that correlates with their pre-existing opinions.

Using the familiar phrase “NKRI harga mati” (Republic of Indonesia, non-negotiable), a mantra the New Order regime often used to suppress opposing ideologies, social media users claim and legitimise their own versions of tribal nationalism. At the same time, they exclude equality and justice for others.

The Pilkada case shows that social media use in electoral politics further deepens divisions among social groups and amplifies animosity and intolerance of each other.

This article is an edited excerpt of “Freedom to hate: social media, algorithmic enclaves, and the rise of tribal nationalism in Indonesia” in Critical Asian Studies.