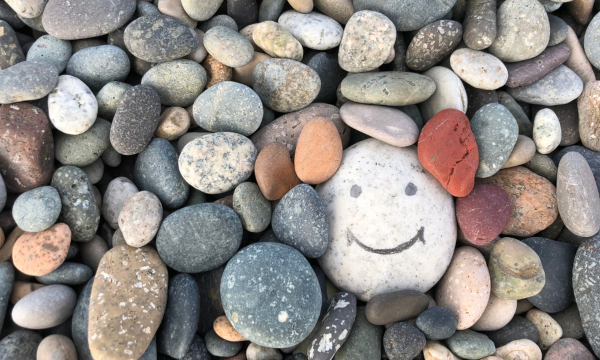 The biggest movie star on Planet Earth, Dwayne “The Rock” Johnson lives by these words: “It’s nice to be important. But it’s more important to be nice.” Rock, Amen. I’ve adopted those words, as well.

Heard this quote as a kid and it’s still my fav today.. “Its nice to be important, but more important to be nice”.

It’s hard to dismiss Dwayne Johnson, Forbes’s Highest Paid Actor of 2019, and his prescription for having a genuine sphere of influence: “Just be good to people.” After all, the Rock would know.

Of course, there shall be the self-absorbed arrogant jerks, who derive acclaim and tremendous success during their finite period of time on Planet Earth. Although, coveting their capricious bullying legacy occurs as the total sellout, all about them. That has no integrity. No honor. No compassion. Basically, no manners. Again, just saying: Be nice. Really.

Clarifying the ‘nice’ cultural narrative, the stereotype: By “nice” many really mean weak, failing to stand up for anything, being easily pushed around, even spineless.

Now, consider this ‘nice’ paradigm: Polite, respectful, kind, and having compassion for another human being. That’s being nice, at least according to me.

I also presume that being nice doesn’t always occur intrinsically, rather naturally. Personally, I have to train to be nice, to be kind, and to have compassion for others and myself. O-Sensei said, “Heaven is right where you are standing, and that is the place to train.” So train to be nice. Nice is having heaven be where we stand in life. At least I hope so.

Like Dwayne, I believe that we can have authentic global influence when we are “just good to people”. Conversely, we’re not nice to others, because we have an agenda or want something in return. Nice isn’t about pretense. Nice becomes our authentic self-expression: Be nice, just because. The World just seems to work that way.

I really like Joanne from my Saturday morning step aerobics class at the YMCA. I finally got to know her over the past few months. I took a chance and put myself out there. We’ve been in class together for at least a couple of years.

Although, that voice in head often says, “Jon, she’s out of your league!” Yes, perhaps that’s so. Yet, I’m comfortable in who I am, so I really don’t give a fuck about that voice. Perhaps, the wisdom of being older. My dear friend John said, “She’ll let you know if you’re out of her league.” That hasn’t happened, yet. Joanne is nice to me. I’m nice to her.

On Saturday, the class was packed with Val teaching a step aerobics class. During a water break, I asked Joanne if she wanted to move to an open space upfront. I offered to help her move her step. She smiled, “No, I’m okay.”

After class, I helped other women put their steps away. After all, I’m one of two men in the class. Joanne bolted out of the aerobics studio after everything was complete. I thought, “Damn, I missed her.”

Later, I stood in the YMCA lobby checking Facebook on my iPhone, like I usually do. Joanne walked into the lobby and waved. Apparently, she left to change her shirt in the girls’ locker room. She smiled, “You’re so nice.” What?

We talked. I asked her what she was doing for the long weekend. Joanne asked what I usually do on weekends. I said I that I practice Aikido on Sunday mornings. She asked, “What’s that?” I explained that Aikido is a Japanese martial art, with joint locks and throws. I told her that I’ve been training for 30 years, that I’m a 4th-degree black belt. She asked, “So you’re an expert?” I clarified, “No.”

Turns out that Joanne is from Taiwan, and grew up in India. Hence, she did yoga and traditional Indian dance. That part started to make more sense. She never did any martial arts.

I gave an abbreviated Aikido demonstration. I told her to grab my wrist and pull. Instead of yanking against the pull, I moved my body toward the pull. She looked at me. She got it. I told her that Aikido is about matching up with the attack. It’s not strength-based. Aikido is an ideal martial art for women.

She asked about my Dojo and what time the class was on Sunday. She wanted to come to watch a class. Although, she did have to leave the YMCA, like now. She asked if I was going to be in step aerobics class next week. I said, “Yeah.” She smiled. She said we can talk more then. She waved goodbye and ran off.

Joanne is nice to me. I’m nice to her. I think the world works when people are nice to each other. Perhaps, nice guys indeed do finish last. Still, it’s my job is to be kind, to be nice to people. And I’ll be okay with whatever that outcome may be. I’ll always try to be as authentic as I can be.