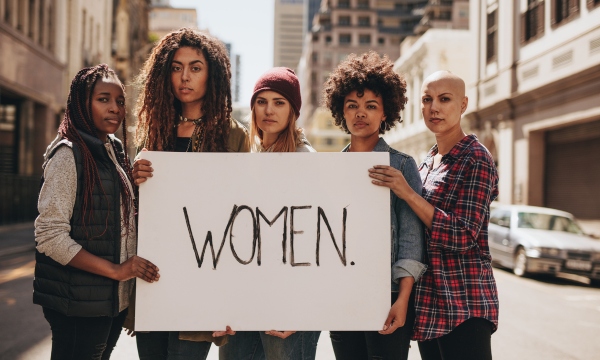 Legal battles are tough for anyone to go through. But for women in Indonesia seeking justice against sexual harassment and sexual violence, dealing with the law is even more trying.

The Supreme Court recently rejected a petition for a case review from Baiq Nuril Maknun, a woman from West Nusa Tenggara who was convicted of defamation against her alleged sexual harasser. This is despite the Court having created a guideline to ensure gender equality and principles of non-discrimination are honoured in hearing cases involving women.

The justices rejected Nuril’s challenge against the Court’s decision in September 2018. The Court found her guilty for circulating a recording of a reportedly lewd phone call between the then-principal of a high school in Lombok where she was a teacher.

Nuril was charged using the controversial Electronic Information and Transactions (ITE) Law after the local education agency reported her for recording the phone call. Article 27 of the law
forbids distribution or transmission of electronic information or documents containing indecent content.

Nuril was sentenced to six months’ imprisonment and fined Rp 500 million (about US$34,000).

The Supreme Court seemed to deny its own legal product, the guideline on legal cases involving women, through its verdict on Nuril’s case.

The Supreme Court issued the guideline in August 2017 after men responsible in several sexual crimes cases were given lenient verdicts. They compiled the guideline by asking input from academics, non-governmental organisations, and the National Commission on the Elimination of Violence against Women through a series of meetings, discussions, and public consultations.

Various organisations welcomed the guidelines as a legal breakthrough for women in the justice system.

The guideline aims to, first, help justices understand and apply gender equality and the principles of non-discrimination. Second, to help judges identify situations where there is unequal treatment that may lead to discrimination against women. And third, to ensure the justice system guarantees women’s rights to equal access in courts and trial proceedings.

As the highest court in the Indonesian judiciary, the Supreme Court has the power to correct measures taken by other law enforcers that are discriminatory towards women. Although there has been no research on the impact of this guideline, its existence remains important.

In our analysis of Nuril’s case, law enforcers – from the police to judges – have failed to consider Nuril’s effort in obtaining evidence of sexual abuse.

They failed to take into account the unequal power relations between Nuril, as a temporary teacher, and her superior who served as the school’s principal.

In its guideline, the Supreme Court defines power relations as a hierarchical relationship that is unequal and dependent on social status, culture, knowledge, education, or economics, which gives power to one party over another and harms those in a lower position.

When examining cases involving women, the guideline advises justices to consider the unequal social status between the litigants. Judges are also advised to consider gender equality and gender stereotypes in legislation and unwritten law.

They must explore values and make interpretations so they can guarantee gender equality, equal protection and non-discrimination.

But Indonesia’s Supreme Court ignored the guideline and considered that they need to punish Nuril to warn Indonesians against recording private conversations. The justices considered her actions to be contrary to religious, social, and cultural values. They also considered Nuril’s actions to be detrimental to the school’s principal and his family.

However, the assembly did not consider her employer’s actions also contradicted the values and were detrimental to Nuril and her family.

Women face discrimination in the courtroom and go through unfair trials. There have been verdicts that show justices aren’t aware of the guideline. In some cases of rape, for example, defendants or their lawyers bring up unfavourable information about the woman to undermine her testimony.

In a rape trial in Lubuk Pakam, North Sumatra, the judge considered the alleged victim as a promiscuous woman because she was not a virgin and had a drinking habit. The judge then acquitted the defendant of rape.

The Muara Bulian district court in Jambi also sentenced a 15-year-old girl, who had an abortion after being raped by her older brother, to six months in jail.

In that matter, the judges should have considered the unequal power relations between the siblings and the psychological impact suffered by the woman.

Verdicts against women could discourage women from reporting experiences of sexual violence. The Supreme Court’s verdict in Nuril’s case creates a bad precedent for women wanting to expose sexual abuse.

Ninik Rahayu, a member of Indonesian Ombudsman and a part time lecturer in training and education centres at the Attorney General’s Office, Supreme Court, the Police Staff College and The Law and Human Rights Ministry, contributed to the article.