BPA exposure has been linked to cancer, heart disease and other serious health disorders. 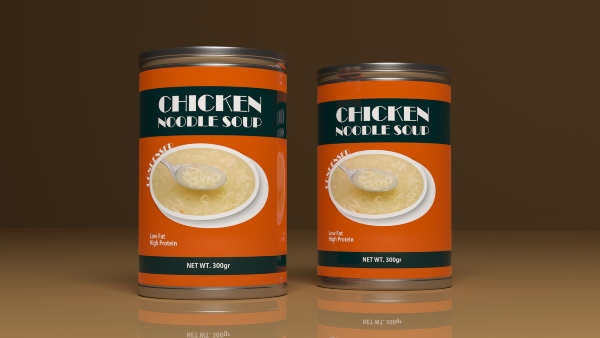 Dear EarthTalk: Why on earth would cans and other food storage containers contain toxic BPA that can make us sick? Is there any way to avoid it?

If you like the occasional can of tomato soup or diced pears, chances are you’re walking around with trace amounts of bisphenol A (BPA) in your bloodstream. According to the U.S. Centers for Disease Control and Prevention (CDC), 90 percent of us are walking around with trace amounts of this toxic synthetic chemical—commonly used as a constituent component in the epoxy resins lining the inside of cans, boxes and other food storage containers to prevent corrosion and breakages—in our bloodstreams. 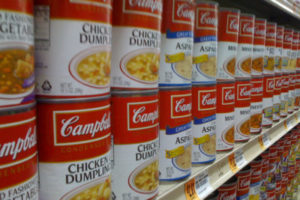 A good old can of soup might not be as good for you as you would expect, given the toxic chemicals in the lining of the can itself. Credit: Matthew Hurst, FlickrCC

One of a class of so-called “hormone disrupting” or “endocrine mimicking” chemicals, BPA fools the body into thinking it’s the naturally occurring hormone estrogen. The result can be negative effects on brain development, metabolism and the reproductive system. BPA exposure has also been linked to cancer, heart disease and other serious health disorders.

“Evidence suggests the developing fetus and young child are most at risk, but adolescents also appear uniquely vulnerable,” reports the Environmental Working Group (EWG), a leading non-profit research and advocacy group. Of course, the harm isn’t limited to children and teens; adults can suffer the ill effects of a lifetime of bio-accumulated BPA coursing through their veins as well.

According to EWG, we can cut down on the amount of BPA we ingest by steering clear of canned and processed foods and replacing them with fresh, frozen and dried options. Get your tomato soup from the hot prepared foods section of your local natural foods market or, better yet, make it yourself from scratch from organic ingredients. And instead of buying diced pears in a can, buy a real pear and dice it up yourself.

“For those who cannot avoid foods in BPA-lined cans, rinsing the food in water may help lower the level of BPA in the food,” reports EWG, adding that rinsing cuts back on other unhealthy additives—such as sodium on beans or sweet syrup on fruit—as well. EWG also warns never to heat up food directly in a can: “Transfer it to a stainless-steel pot or pan for stovetop cooking, or microwave in glass – not plastic.”

If you’re not sure whether your favorite foods are at risk of containing BPA, you can search EWG’s Food Scores database to find out, and also to look for safer alternatives that don’t contain hormone disruptors.

The U.S. Food and Drug Administration (FDA) banned BPA in baby bottles, sippy cups and infant formula packaging, but the vast majority of us are still at risk. Environmental and health advocates are calling on the agency to ban BPA outright from any packaging materials that come into contact with foods, drinks or water, but so far officials don’t seem inclined to take the now ubiquitous chemical off the market completely. In 2014 and again in 2016, Democrats in Congress floated legislation that would have banned BPA and other potentially dangerous food additives in all food storage containers, but neither bill ever made it out of committee.

Without any help from the government, then, it’s up to us to wean ourselves off of BPA by making smart choices about what we buy and what we eat.

This post was previously published on earthtalk.org and is republished here with permission from the author.