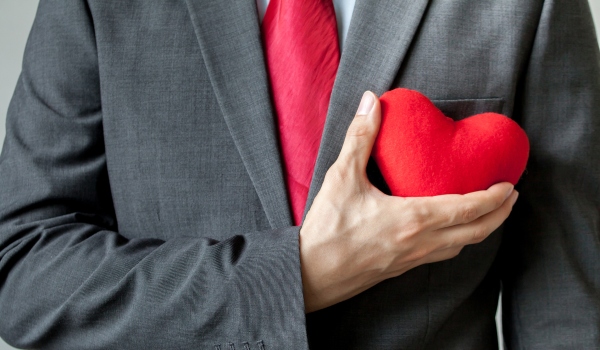 Your column here and on Kotaku have helped me a lot in the past and I’m now in a situation where my friends are giving conflicting advice and I felt like this was the best place to turn for clarity.

There’s some context before I (she/her) get into this particular situation: I’m currently a graduate student in a program with a pretty small class size and that’s resulted in a somewhat toxic atmosphere where gossip reigns supreme. I’ve actually seen people lie to undermine one another in some bizarre popularity contest. I’ve managed to stay pretty under the radar with a fair amount of work, keeping my personal life totally private, deflecting questions, and making it clear I don’t tolerate BS when it comes to work. The worst my relationships with classmates gets is the level of distant but cordial coworkers.

I became close with only a few classmates and realized a few months ago that I have feelings for one of them. I was planning on talking to him about it and seeing if there was any chance he’d be interested, but recently things have happened that have made me question how well I know him. He and I are friends, but we’ve known each other for less than a year and recently he pulled some shit that prompted a lot of class gossip. I’ve heard about 5 different versions of events. Some have pretty clear, deliberate lies, some pretty obviously directed at his friends to see what our reaction would be.

A few of us were hurt by what happened, but we’ve talked to him about it. It was a really honest conversation and we’re all still close. I thought I had worked through it since the hurt was unintentional and what happened was all a collection of accidents and honest stupidity. The whole story was not even that bad it was just a series of stupid decisions in the worst possible circumstances.When we talked, he also seemed to realize that a lot of his actions came from the very typical guy thing where he didn’t unpack a lot of his reasoning before just diving into things. He seemed to be serious about trying to be better and to thank before he acts. However, I’m still hearing different accounts about what happened from different people, and some friends who don’t know everything have pretty negative opinions about him now.

My question is this: should I still have that conversation about dating with him? I still have kind of strong feelings for him, and I do trust that he told me the truth about what happened. But every time I hear a new story I have to question my evaluation of him as being just not the brightest with people versus actually manipulative. Plus I’m worried about what my friends would think if it works out. I don’t want to get sucked into this weird middle school drama my program has going. Is it selfish to be worried about my reputation? I really just want clarity but is that worth all the potential hassle?

Ah, academia, where the infighting is the most vicious because the stakes are so very, very low.

Before I get to your specific question, RA, let’s work backwards. Yes, it’s totally reasonable to not want a relationship because of the drama-bomb it could set off in your life. There’re many people out there who may be the hottest thing since World War III, but they bring with them a load of complications and consequences that you would be justified in wanting to avoid. It could be that they are in the middle of a contentious and bitter divorce. They could have a career that puts them under the microscope, and your dating them might invite people to pry into your life too. Or they could be someone who lives their life by the “hold my beer” philosophy and doesn’t give a second’s thought to the potential consequences of their actions… especially if those are consequences that other people have to deal with.

But by the same token, I’ve seen plenty of awesome people who’ve been fucked over by circumstances outside of their control. They had orbiters and stalkers who tried to make life miserable for anyone who’d date them. They had bitter, even borderline sociopathic exes who wanted to destroy their lives or had attracted the attention of the Internet Hate Machine and were deluged by trolls and worse. A lot of times, the goal of these movements isn’t just to fuck over somebody for the LOLs but to utterly isolate them from anything resembling a support network – from friends to lovers to co-workers to employers. The end goal is to make them so radioactive that folks won’t associate with them for fear of being hit with the splash damage.

I’m not gonna lie: it takes a special kind of person who is willing to stand beside the target of that sort of potential shitstorm, and those folks can be hard to find.

So in the abstract: yes, it’s understandable that you might choose to not date someone because of the potential drama. But by that same token, you’re allowed to not date someone for any reason you choose, from the drama llama in their lives to the way their nose whistles when they breathe. Folks get to decide what their personal deal-breakers are, no matter how absurd it may seem to an outside party.

Now with all that being said, let’s talk about your case, RA. You have a few things that you want to consider before you dive into this particular relationship.

The first is simple: how much do you trust this guy versus the people who have first-hand information? One of the issues when it comes to gossip – malicious or not – is that sometimes it can turn simple misunderstandings into deliberate malignant acts. But by the same token… sometimes that gossip isn’t malicious, it’s defense. There’re plenty of spaces where information is spread by whisper networks because the culture supports and defends the bad actors over their victims. Even the famous Shitty Media Men document was shared as a way to let women know who to be on the lookout for, not to slander innocent men because FUCK YOU PENIS, THAT’S WHY.

So you’re gonna have to make a gut-check about whether this guy is being straight with you – both about what happened and how he’s trying to do better.

The next question is: how much can this gossip actually affect your life? It’s one thing if you’re dealing with high-school bullshit – snickers in the hallways, whispers and dirty looks and absurd rumors. It’s another if these are behaviors that could actually affect your life – both in the here and now and after you finish the program. Are these people who’ll try to isolate you from your friends by making associating with you toxic to their social health? Is the toxic atmosphere contained to the program, or do you run the risk of things like ginned up Twitter mobs or SEO bombs designed to destroy your personal and professional reputation?

If it’s just annoying high-school mean-girl shit: are you willing to ignore it or grit your teeth and power through it until you finish your graduate program? If it’s the latter… well, honestly, if things are that bad, I’d be more worried about getting the fuck out of that program over dating somebody.

But the final question you have to ask is the most important: is this guy worth the potential headaches? This isn’t an idle question; any relationship is going to come with its own particular challenges and it’s own slings and arrows of outrageous fortune. Some people are absolutely worth it; they’re reasonable people in unreasonable situations, and a relationship with them will be so enriching and amazing that it’s well worth the fight. Others aren’t; they may be a dirty good time, but the potential drawbacks outweigh what they bring to the table. After all – as Alanna Massey famously put it – dick is abundant and of low value. Everybody has their flaws, so focus on the good and what draws you to him. If he’s a great guy who maybe needed to learn to think before he acts and shows that he’s actually willing to live up to his potential, then it may well be worth the potential gossip and drama. If this is a guy who’s a good time but not necessarily a love for the ages… well, there’re other Slab Squatthrust’s out there who don’t come with a side-order of tedious social politicking.

He’s never done anal and really wants to try, I’ve tried it and enjoy it with a considerate partner (which he is). But the couple of times we’ve worked our way up to it, his anatomy hasn’t really cooperated. He’s hard while he lubes me up and I’m playing with his cock, but he goes soft when he tries to put it in. I suspect he’s psyching himself out – he places a lot of emphasis on how he sees this as a kind of gift that I’m honoring him with (I don’t see it that way, but I never saw any harm in that belief until now), and I wonder if he’s dealing with performance anxiety. We’ve talked about it and he puts it down more to lack of stimulation while managing the logistics of positioning and speed, but admits that he might also be putting too much weight on the act to be able to perform.

We’ve put an unspoken hold on things for now – I figure if he keeps trying and failing it’s going to become a Big Thing in his mind and it will get worse. We have a perfectly satisfying sex life without it, but I know he still wants to try (and I’m kinda excited about being his first in this particular arena).

Do you have any suggestions about how to get over the cock-softening mental block? I am more than happy to keep him physically stimulated during prep, but I’d love some ideas on how to keep his heads in the game too.

Now there’re various options for the physical side of the equation. The two of you could, for example, head over to your local sex shop and get a cock ring for him. Many people use cockrings to maintain their erections; the rings help restrict the blood-flow in an erect penis so that the blood can’t leave the erectile tissue and leave him at half-mast. This would help mitigate the issue of trying to keep his hard-on during the prep and warm up.

This post was previously published on Doctornerdlove.com and is republished here with permission from the author.