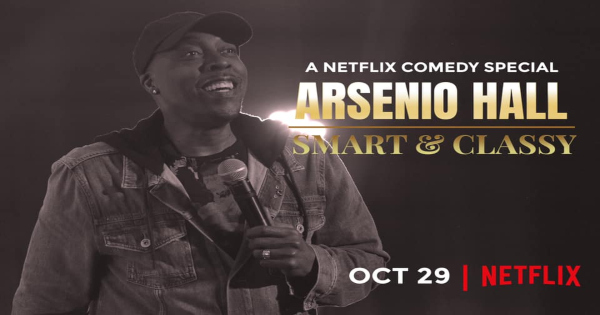 Prepare to laugh a good amount watching ‘Smart and Classy’

I can’t say I am a huge Arsenio Hall fan. His talk show was a bit before my time. Although I thought he was pretty funny in Coming to America. When I heard Smart and Classy was coming to Netflix I hoped I would get to check it out. I was able to get a screener for this stand up special and this is my thoughts on it.

You can read the plot for Smart and Classy here:

I laughed more than I thought I would watching Smart and Classy. He delivered so many jokes perfectly where I couldn’t help but find them funny. His delivery was real, authentic and relatable in many ways. In his time working in comedy things have changed a lot. If you are a fan of Arsenio Hall then this is a comedy special you will want to watch.