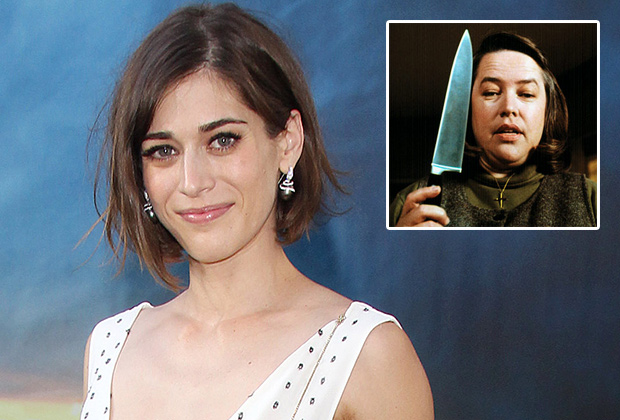 This show is truly something special for Stephen King fans! Which was the thread that followed through my interviews with everyone involved with the show. They ALL were fans of Stephen King’s Novels, TV adaptations or Films prior to coming to this project. To a person, everyone had their personal favorite!

Binging the first season to prepare for this roundtable, it was clear to me this series is made by Stephen King fans for Stephen King fans. But, at the same time, this intricately woven narrative and legitimately spooky series will bring in new fans to King’s work, much like the Marvel Cinematic Universe drew in casual fans to seek out the original source material.

The only reason that I’m here and Sam [Shaw] and I created the show came from being fans. Their would be no point in doing this show if you were just doing it as a job. The resonance, that I hope it has for the fans and honestly creatively for us, to be able to return to some of these characters for us is amazing! — Dustin Thomason Co-Creator, Showrunner & Executive Producer of CASTLE ROCK

Set in the Stephen King multiverse, Castle Rock combines the mythological scale and intimate character driven storytelling of King’s best-loved works, weaving an epic saga of darkness and light, played out on a few square miles of Maine woodland.

Castle Rock is a love letter to anyone who stayed up past their bedtimes and scared the hell out of themselves reading a dogeared Stephen King novel with a flashlight under the covers! (Guilty as charged)

Co-Creator & Executive Producer Dustin Thomason gave insight on how exactly Castle Rock fits into the cannon of King’s novels in his interview below:

This remarkable psychological-horror anthology series, is set in the fictional Maine town of Castle Rock that has figured prominently throughout King’s literary career: Cujo, The Dark Half, IT and Needful Things, as well as novella The Body and numerous short stories (Rita Hayworth and Shawshank Redemption).

Caplan, the Emmy-nominated star of Masters of Sex, Mean Girls and Party Down has been cast as Annie Wilkes, the character played by Kathy Bates in Misery. However, she will be portraying a younger version of the character, who comes to the town of Castle Rock while on the run from the law. When asked about taking on the iconic role of “Annie Wilkes” first portrayed indelibly by Kathy Bates,  She had this to say-

The script did the heavy lifting for me, My Annie is different than Bates’ Annie. Her Annie was isolated, alone. That does something to a person, my Annie has a daughter, she has to interact with the public.

She also said the circumstances and the strangeness of the town influence her take on Annie, “I don’t remember Bates’ Annie going through anything that terrified her until the end. There is PLENTY of stuff in Castle Rock that scares her. Taking that iconic character who showed no fear and putting her in situations where she experiences a lot of fear, puts her in different circumstances”.

Annie’s teenage daughter Joy is played by Elsie Fisher, (Bo Burnham film Eighth Grade) Joy is a new character to the King universe created for the show, who is the daughter of Annie which grounds Annie, humanizes her and who’s fate makes me wonder what happens in Castle Rock to make Annie the monster she inevitably becomes in MISERY.

In Castle Rock, young Joy is distressed by her mother’s increasingly erratic behavior. Lizzy and Elsie really flesh out their relationship to the town and each other in their terrific interview below:

The first season focused on Shawshank Prison and Henry Deaver’s story. Season 2 Paul Sparks plays ‘John “Ace” Merrill’. Spark’s character, is the nephew of Pop, is set to inherit the family business after the death of his uncle. Boardwalk Empire and House of Cards star Paul Sparks is an older incarnation of the character played by Kiefer Sutherland in 1986 Stephen King adaptation Stand By Me.

Sparks said of the character to FanFest: “I just try to mimic exactly what I imagine he would have become. No, I mean I think that it’s a little bit different but I think that the writers were very clever, and they left… like he’s exactly who you think he probably turned into. That’s what happens to that guy, that’s where he’s at, he is angry. I think there’s a struggle.” He and Mathew Alan (13 Reasons Why) who plays Chris, the brother of Ace, give their take on the siblings and where they stand in season 2:

Yusra Warsama, (The Last Days on Mars) is “Dr. Nadia Omar” medical director of the hospital in nearby Jerusalem’s Lot⁠ (fans will recognize as the setting of his vampire novel ‘Salem’s Lot.) Barkhad Abdi, Oscar-nominated star of Captain Phillips. Plays Nadia’s brother Abdi. The siblings are at the heart of growing tensions in the town opposing the Merrills and witnesses to the increasingly strange going’s on within the outwardly peaceful, ordinary Maine community.

Here’s their takes on their roles: 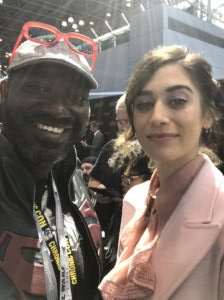