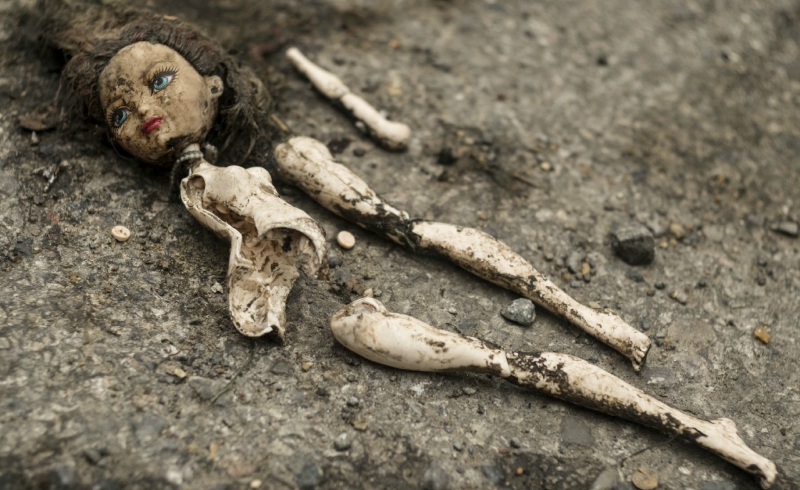 “Maybe long-distance will work with him. I think I’m ready to be vulnerable — be in a relationship”, I said to myself.

And then… I was ghosted. I preceded to tell myself everything I always said when something romantically unfortunate happened — “You’re fucking awesome. It’s his loss. He doesn’t deserve you.” But none of that really stuck. With other people sure, they weren’t the best. They still had a lot of growing to do (and so did I). But, I thought he was different. I thought we allowed each other to grow.

In this age of dating, there are plenty of options at your fingertips. The best way to forget about a bad date is to try again and gain validation from someone else! After this most recent ghosting, I couldn’t get myself to try again. “But, but, we got along. And we became friends?”

This was the first time in a while I started to wonder what it would be like without the always on the road lifestyle. Don’t get me wrong it can be great when you’re trying to keep things simple. “I’m not going to be here very long. Sorry!” No need to waste time and energy on emotional intimacy.

Unfortunately, when the pesky emotional intimacy does creep in, I realize it’s not that bad. It’s actually quite nice. Who would’ve thought! However, the ghosting was a nice wake-up call revealing the downside and not so pleasant part of emotional ties.

Slowly, I began to piece together that maybe this was karma for all the times I was rude to men. How so? Well, it’s similar to the banter in rom-coms — the guy teases the girl and the girl says something sassy in return. Well, it’s that sass combined with a heaping pile of aggression usually uncalled for aka my dating persona. You’d be surprised to learn it wasn’t very successful if your goal was a second date. Shockingly, romantic or not people do not want to be around those who treat them like shit. For the longest time especially when I got nervous, I would make jokes usually at the expense of the other person.

One interesting discovery was that if the other person’s native language wasn’t English, they usually didn’t understand the joke, and thought that I was trying to embarrass them. Confused, one guy honestly asked, “Are you okay? You seem nervous?” He didn’t ask judgmentally. He was just trying to understand why I was acting so strangely? Well, at that moment I felt like the rug had been pulled from under me and I started stammering, “Uh um no. Why would I be nervous? Maybe you’re nervous. Haha ” (Was I not actually being charming, low key, and casual all at the same time while trying to engage in an interesting conversation?) I mean who knows.

However, native speakers probably temporarily forgot that I was acting a bit weird and on edge because instead they now felt embarrassed and quite possibly attacked! But at least, I felt better about myself temporarily? When the guilt of the comment would hit me, I would quickly justify it by saying, “Well, they would’ve probably said something rude sooner or later. I just beat them to the punch.” Yup, I showed them. “I would’ve been able to handle it. I have control over my feelings. And them? Spineless”. Woof now that’s a delusion.

News flash for me — maybe I don’t have such strong control over my feelings if I felt the need to preemptively strike every time!

That’s when I had to sit myself down and ask why was I trying so hard to make excuses for myself and justify why it was okay to treat people poorly. The alternative, much simpler solution, was don’t treat people like shit. The world would have much fewer problems if we stopped making excuses for our crappy behavior.

Instead of simply acknowledging my initial feelings of fear or nervousness, I tacked on additional feelings of guilt, remorse, and regret. Those resulting emotions were temporarily resolved by false justifications, which were Band-Aids that keep falling off. They hid the cut and gave a false illusion that it was helping to heal. Depending on where the cut is (usually an inconvenient location) we either wash our hands or stand up and it starts to fall off until it becomes such a hindrance we just rip it off. In this case not only was I doing all of this but I also gave someone else a cut in the process. As if hurting someone else, while I was already in pain would have made me feel better.

Another newsflash — that never works and now I’m left with a dirty and useless Band-Aid.

If I spoke about it with the other person at least they would be able to relate or see me as a human, not an unnecessarily aggressive date. It took me a bit too long to figure out — it doesn’t matter how attractive or smart you think you are — no one wants to be around someone who makes them feel bad. If someone does, it’s probably a series of subconscious beliefs that makes them think it’s okay to be treated poorly. And together, both of you wouldn’t be such a good match (just ask my first partner, Chris).

We all have areas of growth. We just want to be loved and held. And believe it or not, spreading love and smiles feel so much better than a hilarious yet rude joke. If there’s something to learn from my series of unfortunate dates, please let yourself feel feelings and avoid the trap of self-sabotage.