If you can hide behind a word like “moderate” and cast doubts, you look as if you are only being reasonable, thoughtful, and caring. 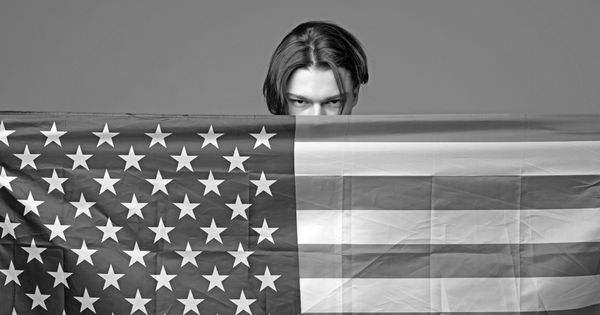 I think Elizabeth Warren is the best candidate. I’ve watched the field, paid attention to the speeches, and listened to the rhetoric. She brings real substance, depth, plans, to her campaign platforms.

She is thorough, thoughtful, and complete. She answers questions. A rare quality in a politician.

It seems, however, she is a long shot, and I will have to vote for someone else in the general election. And I will. If it is Bernie Sanders, so be it.

There is a lot of talk about losing moderate Republicans if Sanders becomes the candidate; they will not vote for someone who espouses such radical ideas. I’m guessing they are talking about national health care, free college, and immigration reform. New ideas, I admit.

Of course, it begs the question, how could anyone who considers themselves a moderate vote for Donald Trump?

Here is how Miriam Webster defines Moderate; “avoiding extremes of behavior or expression: observing reasonable limits,” or “professing or characterized by political or social beliefs that are not extreme.” There are others, of course, but they all support these two, and these make the point quite nicely.

Looking back on three years of the Trump presidency it is hard to find any plan, policy, statement, or executive order that would qualify as even slightly (moderately?) moderate. The Muslim ban was extreme, and clearly ran afoul of the freedom of religion ideal the founding fathers were so keen about. Space Force, nothing moderate there, it wasn’t even completely accepted by the military.  Diverting money from the national defense to a wall on the southern border, parts of which have already been breached, and some of which has already collapsed.

Where is the appeal to moderates?

Is it really more extreme to help the needy, the poor, the people who are just one illness away from losing everything than it is too provide tax breaks for the few who have the most? Was there any moderation in the Trump tax bill? To pay for that tax cut Mitch McConnell has targeted welfare, Medicare, Social Security, and Food Assistance, calling them “entitlements.” Just little gifts our government provides, and remember, those who give can take away. Is that moderate?

Sometimes I worry that labels are being used to convert ideas into easily packaged objects. It is much easier to question the merit of something reduced to a talking point.  If you apply the word “extreme” or “socialist” the work is done for you.

Further, if you can hide behind a word like “moderate” and cast doubts you look as if you are only being thoughtful, caring. You are, after all, a moderate. It is time to save the words and look at the ideas.