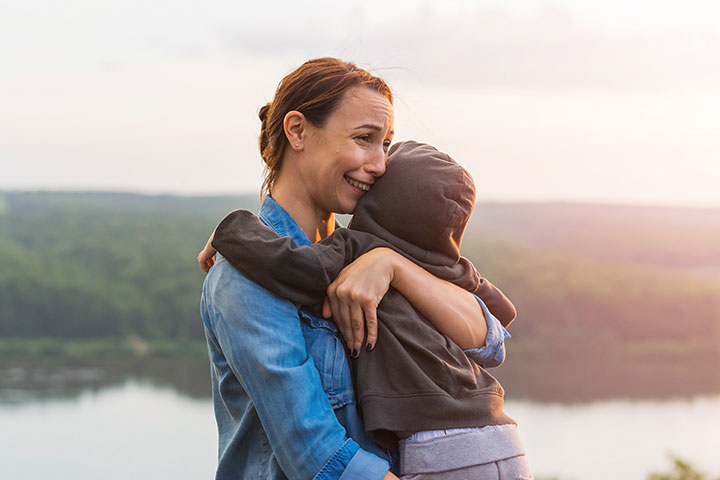 I have stopped keeping count of the times I cried the first few months after being a mother. And no, I’m not talking about tears of joy here. I’m talking about the snot-streaming, wailing tears which you simply can’t get a hold on. Now it goes without saying I love my kids more than anything and anyone else. But man, motherhood is no easy feat. From the postpartum days to toddlerhood to teenage tantrums, motherhood is a lot more than what meets the eye. I wish I was that mom who could just mosey along without having these small emotional outbursts. But unfortunately, that’s not how it works at least in my case. Here are eight such emotional episodes that made me weep like a baby.

1. When My Kids Refuse To Sleep

I hope I am not the only mom who bursts out in tears when this happens. Kids refusing to go to bed is not a one-time thing. But there are times when you are so exhausted after a long day that you just want to hit the bed and doze off. But it’s like your kids sense when you want to take rest and they immediately plan to wreck your night. It’s one of those days when they aren’t tired enough or they simply refuse to go to their room, or your toddler hits the sleep regression. But when my last ounce of energy gets drained, the only thing I do is to cry my eyes out.

After putting so much effort to make them a healthy and nutritious meal when you’d rather settle for a takeout pizza, imagine how it feels when your child refuses to eat your food. So excuse me if I take some time to compose myself when my child says ‘I don’t like it’ pointing at mama’s food.

3. When Your Kid Is In Pain

Taking care of a sick kid is painful enough. But imagine when he is crying in pain. There are times I wish I was a fairy godmother and had the power to make my child’s pain vanish in a jiffy. But instead the waterworks start coming and there is no way I could stop now.

4. When You’ve Just Cleaned Up Their Mess

I don’t mind picking up my kids’ toys. But when you’ve just cleaned up and given a pat on your back for a job well done, and two minutes later find the same mess again, that might be pulling the last straw for me. Does motherhood feel like cleaning up day in and day out? Just me? Okay.

5. When Your Kid Would Rather Spend Time With Daddy

I admit it was a relief for me at times. But soon I felt excluded and hurt. Why do I have to be the serious one always? Why couldn’t I be the fun parent? Though I know he loves both of us equally, I wish I could be the chosen one at times.

6. Their First Day At Kindergarten

When my kid was crying to stay back with me, I felt the same emotion. My little baby was growing up so fast and I wasn’t ready to let go of his tiny hand clenching my finger.

7. When Your Kids Cry

I always thought of myself as the strong rock who cannot be shaken…Until I had my child. Every time when someone hurts him and makes him cry, like really cry, I can see tears rolling down my cheek. I’m sorry, I just cannot help it. Seeing your child feeling low is not something I can watch without getting a little emotional.

8. When He Threw A Huge Tantrum

I believe kids wait to have an audience to throw a temper tantrum. I swear, every time! My 3-year-old decided to throw a temper tantrum in the middle of the supermarket and every attempt I made to calm him down only made it worse. I wasn’t prepared for it. That was the first time I felt like I failed as a mom. Later I found myself weeping in the washroom with my son holding my hands and comforting me. It was a bittersweet moment.

Becoming a mother has definitely opened up the flood gate of tears for me. And I have realized that everything pulls at my heartstrings now because I love my child more than anything else in the world. And luckily crying has proven to be cathartic for me. So I’m now completely cool with carrying a slew of tissues everywhere I go.