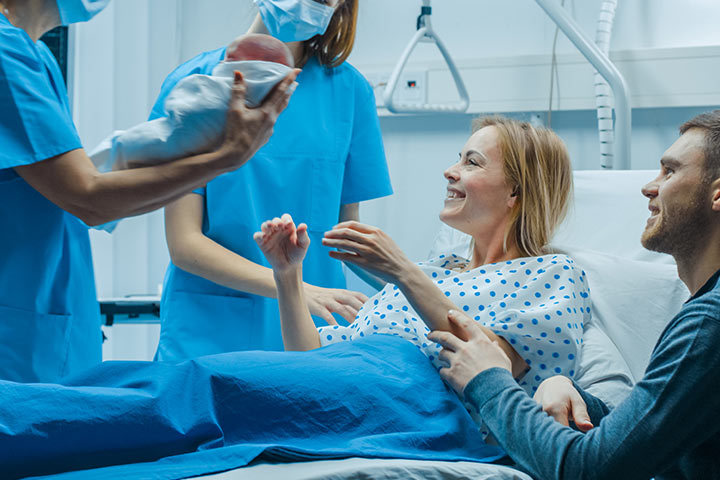 Childbirth is a subject that is both fascinating and nerve-wracking. Nerve-wracking for those who are giving birth. And though today it is much more safe with the medical advances, it certainly makes us curious about how it was in those early days. Continue reading this MomJunction article to know all the facts about childbirth since the 1500s.

1500s – Because there was a huge risk of dying from labor, women wrote their wills upon knowing they were pregnant (1). We wonder what it must have been like for women upon learning the news of their pregnancy

1500s – The first successful C-section was performed where both the mother and the baby survived. The C-sections carried out until then focused only on saving the baby when the mother died or was dying (2).

1770s – The first documented case of artificial insemination in humans was done by John Hunter for a couple (3). Certainly a breakthrough!

1811 – The first Siamese twins Chang and Eng Bunker were born conjoined at birth. They were born in Thailand, then known as Siam (4). Now you know how the term Siamese was coined.

1840’s – Doctor Ignaz Semmelweis discovered the reason for the increasing death toll of new moms from infection. He found student doctors were directly going to the maternity ward from the dissecting room without washing their hands (5). Thus was born the idea of sanitizing hands before delivering a baby.

1853 – Queen Victoria inhaled chloroform while birthing her eighth son, Prince Leopold. This was when talking about labor pain was still a taboo. The great physician John Snow was the one who administered it. He was hugely criticized for his actions (6). The Queen definitely popularised the concept of pain management during labor.

1906 – Twilight sleep was introduced where the pregnant woman goes into a trance of sleep state during labor having no recollection of birth. It was done using a combination of two drugs to relieve labor pain (7). We wonder why it was stopped. Any guesses?

1920s – Dr. Joseph DeLee started advocating episiotomy and forceps intervention to ensure the safety of both the mother and the baby (9). This was the era when hospital births also gained popularity.

1976 – Haide and Joanne were born. They were the first twins to be born in different countries (12).

1978 – World’s first test-tube baby Louise Brown was born. She was the first baby to be conceived through in vitro fertilization (13). The birth which stirred religious outrage and huge controversy then paved the way to more than 8 million babies born through IVF since then.

2000s – C-section became really popular all over the world.

Today women have the option of having a normal birth, C-section, vaginal birth after C-section, and scheduled induction. There are Lamaze classes, home births, water births which are all focused on ensuring pregnant woman’s comfort during labor and childbirth. We have definitely come a long way from the era of Queen Victoria were talking about labor pain was a taboo.

Did you find these childbirth facts amusing? Let us know in the comment section below.